Earlier this year I read Llewellyn’s 2020 Magical Almanac, and though I enjoyed many of the articles therein, one of the essays I liked most was Thorn Mooney’s ‘Feeling the Magic…or Not’. More recently I have seen a lot of conversations about what magic or divine presence feels like for different people. Since I feel specifics are good in this and most other discussions, here is how a bit on how I sense the Gods and energy.

It has taken me a long time to figure out how I experience Gods, spirits, and magic. Part of this is that we all experience such things a bit differently. Sometimes there is a focus on the visual elements of magic and devotion that we (beginners and adepts alike) fail to recognize the other signs. We humans are visual creatures, after all. And a visual manifestation of a God or spirit would certainly be shocking!

The experience of magic and energy has been more rooted in my body and emotions, however. A heaviness to my tongue, a shaking of my limbs, a sudden bout of tears: all of these mark the presence of the Other. These instances of Holy communion have been intense. Looking back on them from the outside I am surprised that I carry, still, deep doubts about the Gods and magic. But part of my doubt was that I felt these experiences were not enough. They weren’t similar enough to other people’s reports. They weren’t grand enough to be meaningful. Even if they were, actually, incredibly meaningful to me.

It took years for me to accept that these were simply the way I felt energy and spirits. Now I have a much better handle on the ‘basic feeling’ I get when the Gods show up to ritual.

If all goes well during my devotions and the Gods arrive, the room fills with a pressure. My skin tingles, my chest tightens. My senses feel heightened and sharp. Its as if there is a light mist surrounding my body that is unseen but felt, not just on my skin but in my soul. For frequent/daily rituals this feeling is usually not overwhelming or ecstatic but instead a pleasant comfort, as if They have reached out and put their hand on my shoulder.

Oftentimes I am aiming only for the more basic feeling I have grown accustomed to. If I want to have much of a normal day doing normal human things the ‘base experience’ is ideal for re-affirming my relationship with the Holy Ones. There are times when I want a more ecstatic ritual or want to be closer with Them, though. A full moon might be a time for more intense rituals. Or maybe another specific holy day, whether in the Otherfaith calendar or Pagan Wheel of the Year.

Of course, just because I am interested in more intense communion doesn’t mean the Gods always show up, but years of practice has helped limit those times. A lot of magic and devotion is trial and error until we find what works for us and Them. Similarly, the Gods will sometimes show up more fully than I expected and throw a bit of a wrench in my plans.

Devotional ecstasy is like lightning splitting through my heart and mind. My thoughts become stuttered. The pressure I feel becomes even stronger, almost as if I have been pinned like a butterfly where ever I sit (or stand). All of my attention becomes directed towards Them. My chest aches. My throat aches. All of me aches with a sweet longing. My heart feels too large for my ribcage. My mind is overtaken in adoration to the Holy Ones.

I find myself lowing my gaze at these times, almost instinctively. All of my body and soul becomes truly reverent to the Gods.

After such experiences I need to ground and center myself. Slowly, I re-acquaint myself with the physical world. The gear must be shifted from the magical and spiritual back to the mundane. I don’t toss out the magical experience, instead trying to integrate the revelations I have during such ecstatic rituals, but I have to focus on the dishes and practical concerns once more.

Some of the Gods I worship are even more overwhelming in Their ecstatic energy. Unsurprisingly, the Laetha – God of fire and destruction – can be very difficult to come back down from. When I approach Him in an ecstatic context it is as if I have been pierced through with some spear…similar, indeed, to the Ecstasy of Saint Teresa. What I describe is not unique or new but seen across many cultures in their mystical traditions.

When it comes to these more intense encounters with the Holy Ones, we still have to figure out how it manifests in and around us. Though we will find similarities it is important that we learn how our own bodies react. Perhaps we are given to crying or shivering, maybe an intense quietude overcomes us, perhaps the world becomes unbearably bright and beautiful. Ultimately we are the only ones who will know how we feel Their presence.

There is one experience I have semi-frequently, though more with spirits than the Gods. I call it the Itch. Other practitioners I know call it by different names, and I am unsure if there is one solid term for it.

Have you ever heard a song and simply had to listen to it on repeat, dozens or hundreds of times, until you couldn’t stand it one more time? That, to me, is the Itch. Except rather than just applying to an irrational desire to play out a song I like, I become focused on a spirit or two.

I could say that I become ‘possessed’ by them, but that has a bit more associations that is right.

When I get the Itch, I have a need, a drive, to work with and learn as much as I can about the spirit bothering me. The reason I call it ‘the Itch’ is because that is what it feels like. My hands itch and twitch in a desire to dig in. The spirit, meanwhile, often leaves me feeling as though they have dug their claws in and won’t let go until I grasp whatever lesson they’re conveying.

I separate this from the ecstatic experience above because I find the Itch to be a bit more destructive. Like any hyperfocus, it can take over the rest of my life if I’m not careful. There have been plenty of times where I’ve had amazing experiences with spirits, learned stories and shared in what they gave me, and had almost nothing practical to show for it. No story to share, at least not publicly. No spiritual techniques to develop. And unlike my experiences with the Gods, spirits have sometimes left me a bit worse for wear.

Still, it’s a part of my practice that I find meaningful and worthwhile at the end of the day. Just as ecstatic devotion isn’t for everyone, not everyone wants a more obsessive relationship with the unseen. For some of us it works.

The key, I think, is taking it slow. Or as slow as your soul will let you go. 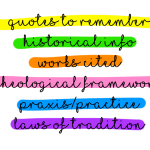 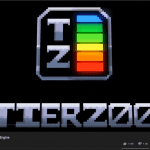 December 9, 2019 Rethinking Nature, Watching TierZoo
Recent Comments
0 | Leave a Comment
Browse Our Archives
get the latest from
Aine Llewellyn - Dalliances with Deities
Sign up for our newsletter
POPULAR AT PATHEOS Pagan
1 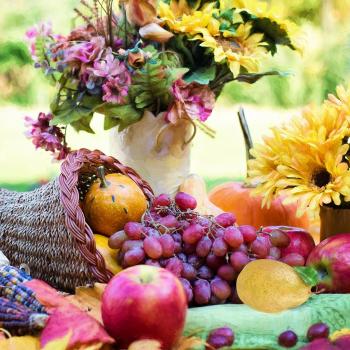