Am I Really a Pagan?

This is a question I ask myself often. When it comes to my main practice, the Otherfaith, it can be fairly argued either way. It is a polytheistic tradition, and it grew out of my experiences with the Pagan and polytheist communities. But I don’t know that it could be labeled ‘nature worshiping’ in the same sense other Pagans use the term, and it is certainly no reconstruction or revival of an older cultural practice. I base my ritual structures for the Otherfaith on materials from the Pagan community – largely Wiccan and Wiccan-derived texts – until they transform into something suitable and pleasing to the Gods.

But am I, myself, a Pagan? Do I fit under this label? Do I belong? Or am I trying to put on clothing too tight? Am I trying to squeeze my way in where no one wants me?

You Can’t Sit With Us

Obviously at least a few people think I belong in this odd, fraught label of ‘Pagan’. I wouldn’t be blogging here otherwise. If only the offline world were as accepting as cyberspace.

(If only I were joking.)

When it comes to our wide and wonderful and woefully fractious communities, there will be groups we just don’t belong in. A lot of the time this will come down to very practical matters. If you don’t worship Norse gods, will you really fit well in a Heathen or Asatru group? If you’re a devotional polytheist do you want to be in a group that treats the Gods as archetypes or metaphor? If you think Wicca is bunk then you won’t do so well in a Wiccan group (and probably shouldn’t run one, certainly). Specialized, focused groups have boundaries for reasons. Reasonable reasons.

But what about ‘pan-Pagan’ groups? Open circles that invite any Pagan of any stripe (that isn’t a bigot, hopefully)? Where do we fit? Can we attend and participate even if we’re weird, even if we practice something that isn’t the dominant modern Paganism (whatever that happens to look like that decade)?

Some groups I’ve been in have been actually open and welcoming. Others? I’ve been screamed at and threatened.

You’re Too Weird For Us

It’s the whole ‘new gods’ thing. Among atheistic or archetypalist Pagans, who don’t see the Gods as really being, well, Real, talking about new gods sends up warning flags. Either I’m crazy or making it up, and neither of those are great options. Those types are usually upfront about their disbelief. They narrow their eyes at anyone claiming actual belief, anyway.

But among Pagans who claim belief of some kind, even a vague unsure polytheism? Either I’m crazy, making it up, or my gods are actually evil beings bent on taking over the world. I’m too weird to sit at the table. I can’t be ‘taken seriously’.

Honestly, my online interactions have largely been fine. Especially considering how angry and hurt I was in my late teens-early twenties, when I was blogging here at Patheos originally, I got lucky. It was only within the past few years that I encountered people, offline, who made it very obvious how much they hated me and wanted to hurt me because I was too ‘weird’ for them.

But What Is ‘Too Weird’?

I know that what I do is odd, different, even for modern Paganism. Sewing and patching together a new religious tradition, worshiping new gods, without trying to claim that they’re actually historic or totally for sure ancient? Yeah, that is actually pretty odd. We humans like that old established tradition, that feeling of connection to older practices.

It’s just not that objectively weirder than most of what goes on in modern Paganism. Witchcraft? Polytheism? Reviving ancient practices? Taking *any of this* seriously? That’s weird. That’s not what the broader culture accepts. And that’s okay. We might not be rebelling against the overculture as our main goal, but we rebel all the same. You can’t make yourself palatable enough.

We can’t survive if we chop ourselves into little pieces, into tiny groups that have to fight again and again for the same rights, the same dignity, the same damn thing: religious freedom. The ability to practice our faith or tradition. Open circles, pan-Pagan groups – aren’t they built on that?

Do I Really Belong Here?

The Otherfaith is based on modern Paganism and polytheism, as I experienced them. I grew up Pagan, basically, even if my mother didn’t take me to any Pagan groups. Pagan and witchcraft books fed my childhood and teenage years. Experiencing the Gods and spirits was always just part of me.

I identify as a polytheist, spirit worker, Pagan, and witch – in about that order. Years and years ago Pagan fit me so well, like a warm sweater passed down until it is soft as sin. And then it didn’t fit. I had grown too much. I had worn the stitches too thin. My belief was too literal; my belief wasn’t literal enough. My practices too Wiccan; my practices not Wiccan enough. Was I a witch or wasn’t I?

Maybe if I chopped enough limbs off I would fit again. If only I could peel layers of skin, slices of me inch by careful inch, until I could wrap myself in the word again. If only I could file myself down far enough ‘Pagan’ would feel like home again, just as it did when I read those first books and performed my first rituals.

The truth is I didn’t need to cut parts of me off, leaving my soul bleeding on the floor. ‘Pagan’ felt like home when I resided in a tiny room, before I opened the door to the wider community, to the whole mansion. There were so many rooms, so many gardens, so many kitchens, so many roommates.

Of course I’m a Pagan. This is how I was raised. It is in my practices, in my rituals, in my theology. My bookshelves have room for the ancient writers and the new. I may understand why many people have moved away from the term, but I have found I cannot. I will always return home. I will wrap this ragged and battered term around myself like an ancient blanket and take comfort in its worn threads.

As Ode said: “Pagan is a useful term– just as queer is– and it’s ours, we stole it, we turned it inside out. Use it. Turn your teeth on your enemies, not on your allies.” 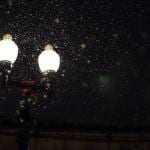 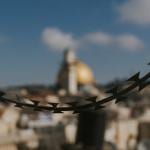 January 15, 2020 Are We Too Judgmental?
Recent Comments
0 | Leave a Comment
"I do not think it is easy to reconcile most of the notions of reincarnation ..."
Gordon Cooper No, I Don’t Do Ancestor Work
"I don’t do any kind of ancestor work/veneration/whatevs either. But I also don’t believe that ..."
Corvus No, I Don’t Do Ancestor Work
"January 6, 2021: A day that will live in infamy. I would be lying if ..."
Amanda Ingalls Brief Thoughts on an Insurrection
"It's a great lesson in magical praxis. The material basis to manifest your will must ..."
modifiedlizard Brief Thoughts on an Insurrection
Browse Our Archives
Related posts from Aine Llewellyn - Dalliances with Deities