Breakfast in the Desert

My pastor, and good friend, is well-known for encouraging us to “make Sunday matter.” It’s a bit of a catchphrase of his, and it is catchy. Sundays, he rightly insists, are given unto the Lord. They’re for our rest, and respite, and recollection that we are God’s people. But it’s also an admonition to go out and live our Sunday promises—our Sunday obligations—all week long. To make our Sundays mean something we need to live in the spirit of Sunday throughout the rest of our week.

The season of Lent, with its 40-day tradition of fasting, prayer, and almsgiving can be one of those pesky points of Catholic apologetics. Do we have to “give something up” for Lent? No. How come Lent isn’t actually forty days? It’s complicated. Can we eat meat on Fridays? It kind of depends where you live. Do we abstain from fasting on Sundays? Well you don’t really need to fasting from anything to begin with.

It can be a veritable dog’s breakfast of quasi-legalistic questions which threatens to crowd out the whole point of the thing altogether. So much so that one of my favourite apologists, Jimmy Akin, once coined it the Annual Lent Fight. He has some very good resources available to aid in combat.

At any rate, during the 40-odd day Lenten season I’ve traditionally taken Sundays off. And it’s pertinent to my story.

A few years ago, I decided to try some that, actually, I’d also heard about from Jimmy: intermittent fasting. It’s the practice, deeply rooted in our history, of eating in smaller windows of time and of fasting for long periods between meals. It’s a very old way of eating which is making a significant comeback in recent years. Instead of eating a bunch of smaller meals, as has been recommended lately, you eat less often sometimes skipping meals altogether, to help your body burn the latent fat that your body has stored for us that purpose.

At Lent a few years ago I decided to give it a try.

By skipping breakfast and slowly moving lunch later and later in the day I ended up eating one meal a day. I extended my fast even after Lent ended and over the course of several months I lost about 40lbs. By eating healthy and carefully I’ve kept it off since.

Fasting from food was, for me, both a spiritual and physical benefit. It was spiritually and physically tough and the toughness reminded me to be thankful, to depend on God more deeply, and to pray. It was an amazing time of much spiritual growth, and great physical shrinking.

But the breakfasts were the best.

When I began my season of fasting breakfast was the first thing to go. And, on Sunday mornings, when I allowed myself a break from the fast breakfast was the most exciting show in town. It was an oasis in the desert of Lent. A fresh, cool drink of water in the form of bacon, eggs, and orange juice. It was a spiritual exhaling after holding my breath for the previous week.

This Sunday’s gospel, as Jesus is tempted by Satan in the desert, reminded me immediately of my Lenten experience.

From St. Luke we read,

Filled with the Holy Spirit, Jesus returned from the Jordan
and was led by the Spirit into the desert for forty days,
to be tempted by the devil.
He ate nothing during those days,
and when they were over he was hungry.

In the desert of Lent Sundays matter.

As Jesus was led into the desert to be tempted for forty days so are we. But in amongst our temptations, as we limp along in our sometimes attempts to uphold of Lenten promises, we find the oasis of Sunday; the Lord’s day. It is an oasis in the dry desert of Lent. It is a refreshment.

On Sunday, we can kind of let our guard down. We can, by the grace of God, take a break and, in my case, have breakfast. And it makes Sunday, it makes breakfast, such a profound blessing of a thing. It moves us, at least in my case, toward an even greater appreciation of Sunday as the Lord’s Day, as a thing to deeply look forward. And I did look forward to it in both a spiritual and physical way I hadn’t before.

Looking back on this 1st week of Lent I am reminded, and filled up with a deep-seated appreciation, that although Jesus was tempted for forty days in the desert we have these small Sunday respites during our Lenten fast. To make Sunday matter, then, we must be careful to carry that feeling of oasis, that feeling of God’s grace which gives us that small retreat on Sunday, into the rest of our week.

We should be, as we fast, not like those that wrench up their faces or proclaim their incredible abilities to give up something for God. We should, instead, be the sort of people that live in light of Sunday. Because although we do fast Sunday is coming. 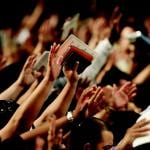 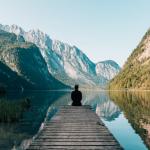 March 19, 2019 The Transfiguration and Our Mountaintop Faith
Recent Comments
0 | Leave a Comment
"I agree sola sriptura is broken, but for different reasons. The application of sola scriptura ..."
the old scribe Why We Believe Sola Scriptura is ..."
"There is no one Church that is the Church of the Apostles in Faith and ..."
Artistree Is Your Church the Church of ..."
"In all the epistles there is no mention of a historical Jesus.Paul consistently refers to ..."
Sandy Plage Was Jesus a Myth? How to ..."
"Yes, Christianity has a history that is far from unilinear or unidirectional. That is true ..."
Daniel Liechty Would the Early Christians Be Welcomed ..."
Browse Our Archives
Related posts from The Cordial Catholic

Catholic
054: What We Know about the Relics of...
The Cordial Catholic