Patheos Explore the world's faith through different perspectives on religion and spirituality! Patheos has the views of the prevalent religions and spiritualities of the world.
I am a recovering Evangelical. I became a Catholic this year at the Easter Vigil. I’ve been attending Mass, every Sunday, since I began RCIA (the training wheels program for non-Catholics) and all told, I’ve been being Catholic for about nine months. Precisely the time it takes to gestate a baby before giving birth.

And I think I’m finally ready.

This is for the Catholic scallywags—of which I am heartily in league with—and this, I hope, is useful.

And, yes, please be patient: I’m giving humour a bit of a go.

Catholics, Figure Out What You Believe Already

Some blame a wave of poor catechesis in the “Spirit of Vatican II.”

Some blame a Latin liturgy which didn’t encourage parishioners to take an active role in their faith.

Some blame the Popes, the government, or a multi-national secret cover-up (although aren’t all cover-ups, by their nature, secret?).

And whether you blame a haunting, a dead language, or an international conglomerate you’re making an excuse and, ultimately, the time for excuses has long passed “Go.” Do not collect $200 dollars.

Catholics, get your stuff together.

Not only are poorly catechized Catholics bad for the whole of Catholicism they aren’t doing themselves any favours either.

I wasn’t raised an Evangelical, I found Jesus at the impressionable age of fifteen but even I, within months of meeting Christ, could talk circles around the average Catholic I bumped into on the street (as a good Canadian, I always apologized).

Fundamentally, Catholics are awful at explaining and defending their faith and whatever the excuse is it’s a poor one. St. Peter, the first Pope for goodness sake, was unequivocal when he wrote,

Always be prepared to make a defense to anyone who calls you to account for the hope that is in you, yet do it with gentleness and reverence. (1 Peter 3:15)

He wasn’t out for a lark, he meant it, and poor faith formation is giving all Catholics a bad name. We need to take steps to understand and live out what we believe, or get out of the way.

Catholics, Take Off Your Coats and Stay Awhile

I was praying that our local parish, where I’d been taking RCIA classes, would make a good impression on my long-suffering Protestant wife so imagine my disappointment when it did not.

After one of her first experiences of the Holy Sacrifice of the Mass she turned to me and said, with a measure too much glee in her voice, “I saw a miracle happen at Mass!”

“Love,” I said, with a measure too much condescension in mine, “that always happens.”

“No! Not the consecration,” she said, “The miracle of the coats! After the Eucharistic Prayer suddenly everyone around me miraculously had their coats on!”

I sighed, not only outdone in the humour department, but dismayed at the truth of the situation as well.

Catholics, we need to get better at being together.

In far too many of the Catholics parishes I’ve visited in our seemingly fruitless quest to find a “good” parish community I’ve seen a disappointing lack of loving, welcoming, community-minded Catholics.

I’m beginning to wonder if such an animal even exists.

As an Evangelical, I was fortunate to find myself in an incredible Christian community. We actually lingered on a Sunday morning in the church gym to chat about the morning’s sermon (hint: Catholics would call it a homily and it would be much more poorly done).

In our community we had small groups, monthly lunches after church, prayer networks, community outreach, and people looked like they actually liked each other if you were to stumble into one of our gatherings after your Sunday morning coffee.

During what we called “welcome time,” and what the Catholic liturgy rightly calls the “Sign of Peace” we greeted each other with genuine affection—and I don’t mean merely kissing our spouses. We shook hands, and meant it.

“Are you new here? Cool! Let’s chat after the service.”

As a Catholic I love going to Mass, I love meeting my fellow sojourners but for goodness sake, am I the only one?

A close cousin to the stony-hearted approach to the Mass in many of the Catholic communities I’ve visited is the completely disastrous approach to worship music.

I recently got myself in a spot of trouble for suggesting that Catholics ought to act more like Protestants but I think I was largely inarticulate (I’m clearly doing so much better now!).

What I meant then, and what I mean now, is that Catholics, among other things, need to sing like they mean it.

Whether it’s Gregorian Chant, hymns from the folk revival in the 80’s, time-tested organ stuff from the 18th century, or contemporary worship tunes there’s a certain level of “singing it like you mean it,” that I’ve found sorely missing in the Catholic Church.

Russell E. Saltzman, himself a convert from Lutheranism, and a contributor to First Things magazine, writes with a clarity that I couldn’t muster at the barrel of Liam Neeson’s P226. On hymn singing in the Catholic Mass Saltzman says,

“The hymn singing I hear hardly amounts to a “joyful noise.” Sounds more like plaintive squeaks from depressed marmosets.”

Saltzman is right, and this will bear no excuse.

Catholics, we’re joining our songs with the choruses in Heaven, singing in the unimaginable presence of God. Unless we’re handing out sets of earplugs to the celestial choirs we’re going to have to at least put in a little effort.

Catholics, You’re in the Very Presence of God (Act Like It!)

OK, so you’re too bored to sing.

The liturgy drones on and on and the homily was slumber-inducing (many are but that’s a different problem there) and you’re checking your watch to see how much time is left in the Countdown to Denny’s as you try to decide between the All-American Slam or the Grand Slamwich.

All told, poor faith formation, a lack of genuine community-building, and a disappointing commitment to belting out the baroque boils down, I think, to a complete lack of understanding about what’s really going on in the Holy Sacrifice of the Mass.

Catholics, we’re in the actual presence of God.

As an Evangelical who intentionally, wholeheartedly chose to leave behind an incredibly fulfilling faith tradition for the fullness of the Catholic Church this cuts me right to the core.

As a freshly minted Catholic I can’t wait to get to Mass. When I’m there, I can’t wait to do everything humanly possible short of dragging my corpus across the nave like a prostrate snail to show God my utmost reverence and love.

But, in my experience, we’re a few-and-far-between breed. Or am I wrong?

Too often I’ve seen my fellow Mass goers pass by the altar or tabernacle like they’re passing by the dining room table with nary even a bodily tremor, nevermind a bow or, for goodness sake, a genuine genuflection.

Too often I’ve heard lectors read from the Bible like they’re reciting a poorly-conceived grocery list, awkward after having mispronounced “jalapeno” for a second time.

Or cantors who offer up a responsory psalm as if they were a semi-finalist for world’s most boring poetry recitation. Congrats, you’ve just won first prize!

Catholics, at its core the Mass is an incredible time-bending, grace-giving, mind-blowing experience of God. So why don’t we act like it?

We should be the most excited, enthusiastic folks on the planet but instead we slink through the whole event, punching the clock as if it’s our last shift at Taco Bell before skipping off to college (and who cares if we put in any effort, what’s the boss going to do, fire us?!).

It Starts with Me, And You

In the end, there’s a rather mind-numbingly simple, and disappointing, solution.

It starts with me, and you.

I became a Catholic for a reason. There was an unbelievable appeal in the Church’s two thousand years of beautiful, seamless theology, liturgy, and worship that drew me in like a fat old horsefly to one of those zappy lights (ouch!).

As Catholics we have access to the abundant fullness of the Church Christ founded and we should have no doubt of that. Nevermind the winds of change that blow in every age the Church stands and, as Christ promises, will never falter. We can feel safe, secure, and possess hope in abundance.

But we need to get ourselves in order, and no one’s going to do it for us.

Disappointingly, it’s down to us.

Catholics, I write to you as one of your own flock, and I say that with unbridled satisfaction and love. I write because what I see is disappointing, depressing, and down-right crummy.

And it needn’t define Catholicism.

There’s nothing Catholic, after all, about poor faith formation, a lack of community-mindedness, lousy singing, and an absence of reverence and respect. On the contrary.

Thank God for His grace, in abundance, because we’re going to need all the help that we can get. 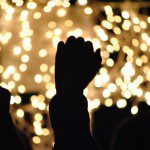 June 5, 2015
Why the Catholic Church Must Become More Protestant
Next Post 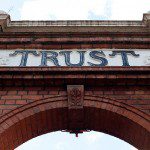 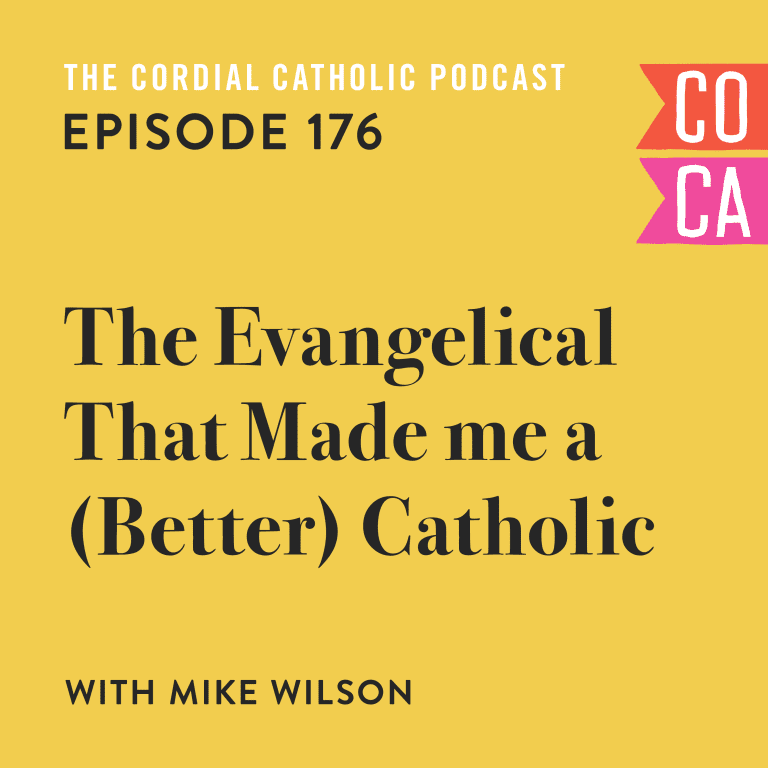 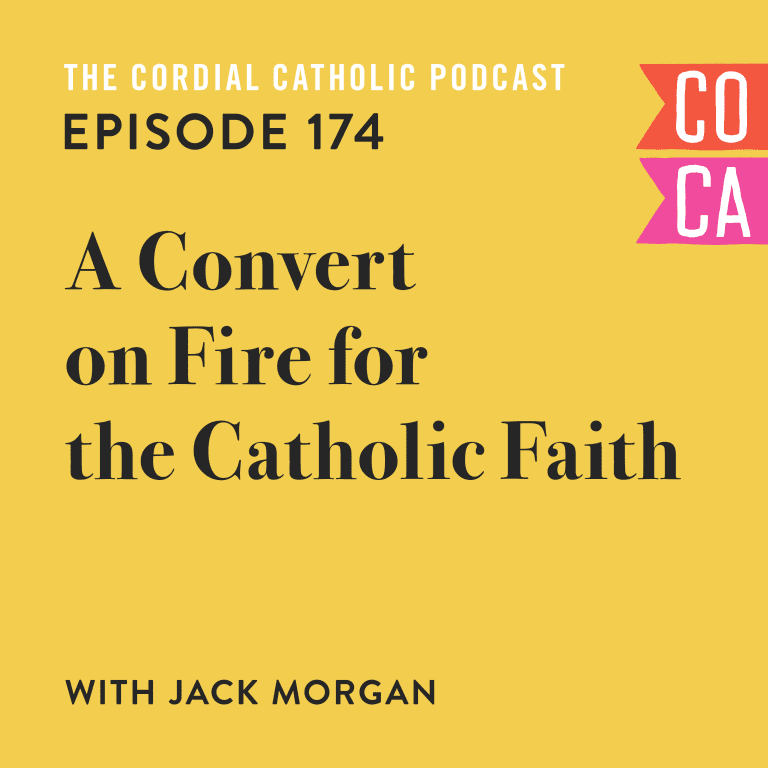 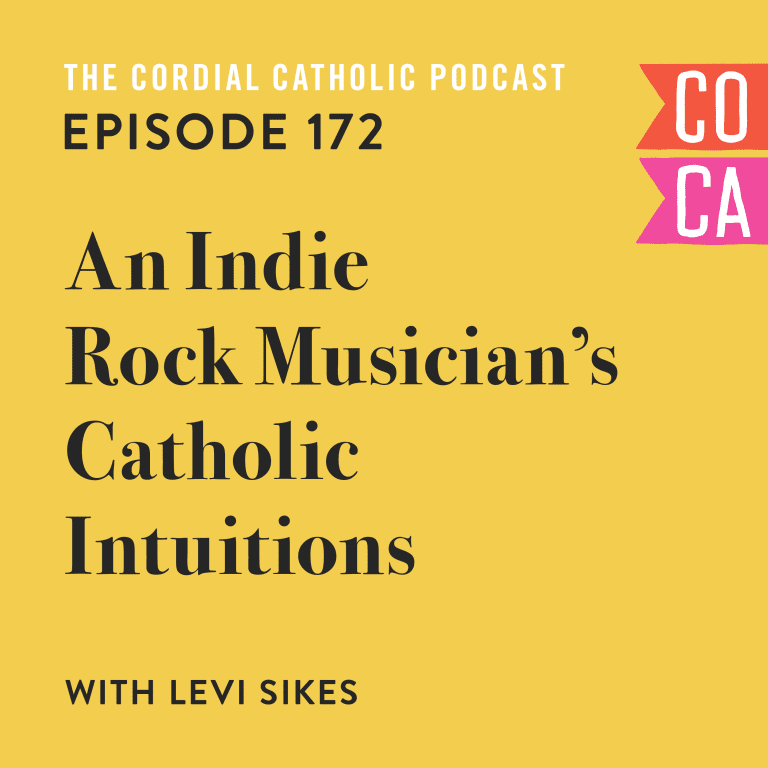 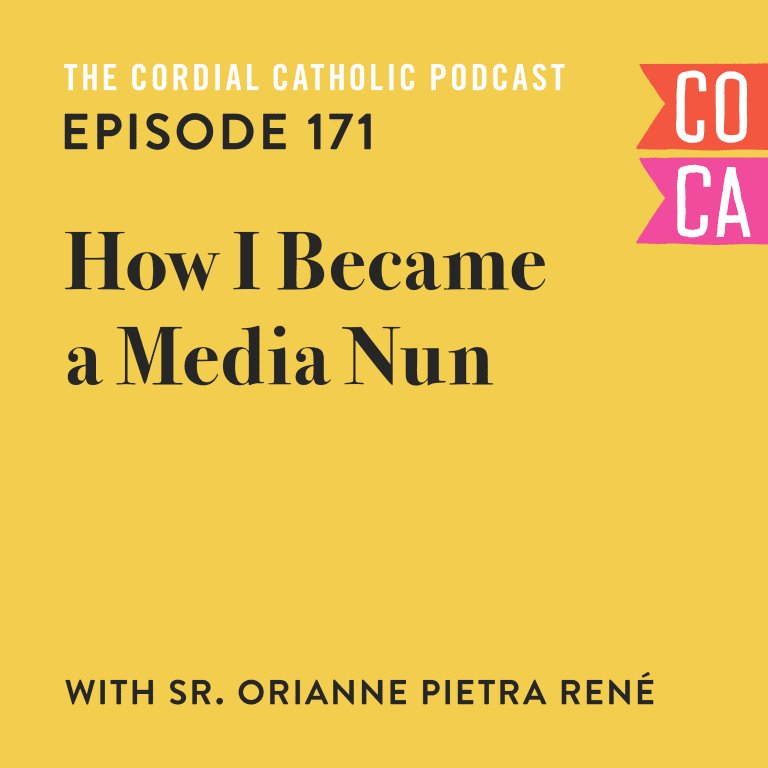