Do We Need to Use the Word “Abortion”?

I want to make something perfectly clear from the start.

I am, unfailingly, a son of the Church. As a Catholic convert, I subscribe, without reserve, to the teachings of the Catholic Church. I am, sadly, far more orthodox than some of the Catholics I’ve met along the way.

I hold to the orthodox Catholic view that abortion, in no uncertain terms is, as Pope St. John Paul II said, an “unspeakable crime.”

At the same time, our Christian morality demands that we hold, in tension, a love for others (even our fellow sinners) in tandem with a demand for justice, repentance, and reconciliation.

There is no room in the Christian moral life for vitriol.

With that in mind, I find this article from a blog calling itself Witness to be both enormously exasperating and deeply disappointing.

In it, the author grieves that the Canadian Conference of Catholic Bishops have, “[failed] in their duty to be the moral teachers of their flock.”

How have they failed?

Because in the recently issued 2015 Federal Election Guide, ahead of the upcoming Canadian election, the bishops did not use the word, “abortion.”

The author goes on to quote from Pope St. John Paul II’s Evangelium Vitae in which the saint condemns abortion in no uncertain terms.

But, OK. Let’s step back for a moment here and gather our wits (could be a challenge).

Are the bishops truly worthy of being called “wolves” as this author charges? Is his estimation that the bishops have created a “betrayal” accurate?

Because here’s an actual quotation from the Canadian Conference of Catholic Bishop’s guide for Canadian voters. The very first, and one could reasonably argue, the most important, point in the guide is quoted verbatim below,

1. Respect for life and human dignity: from conception to natural death

Are the Canadian bishops soft on abortion?

Do they need to use the word abortion?

To be fair to the author, the Canadian Conference of Catholic Bishops haven’t always been the most orthodox bishops’ conference. I grant you that. But what, exactly, are we accomplishing by attacking these so-called “wolves” for giving Canadian Catholics guidance for the upcoming election?

Do they need to say ‘abortion’ to make it plainly clear what they mean?

Instead, the CCCB has chosen to take what should be heralded as a pastoral approach indicating that the human embryo and foetus need to be protected “while also providing assistance to pregnant women facing difficulties.”

And what is wrong with that?

I’m disappointed, but I shouldn’t be surprised. Too often we don’t see the forest for the trees. No, the bishops, in their wisdom, don’t use the word “abortion.” Instead, they’re far more holistic. Instead they expressly urge the protection of the unborn—from conception—while equally asserting the importance of providing care for the mother.

For goodness sakes, we’re adults. We cannot find ourselves so obsessed with one singular issue to the detriment of the whole, larger picture.

No, the CCCB are not “wolves” and haven’t failed in their moral duty. The bishops have clearly, plainly, spoken against abortion while succinctly, compassionating, calling for aid for mothers in distress.

This is the Catholic approach. We should tolerate no other. 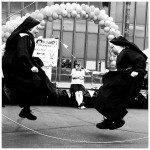 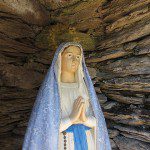 August 23, 2015 How Do Evangelicals Explain Lourdes?
Recent Comments
0 | Leave a Comment
"Which title of Mary does she prefer? I am sure dearest you are saint but ..."
Lennie Tighe What Praying to the Saints is ..."
"True, there is MUCH that can be said about St. Joseph. But will we actually ..."
Fellow Dying Inmate 117: The Convert’s Guide to St. ..."
"You as a Canadian, Mr. Little, should be justly proud of the great shrine, the ..."
therealguyfaux ✓ᵛᵉʳᶦᶠᶦᵉᵈ 117: The Convert’s Guide to St. ..."
"Did Jesus say, "Upon this rock I will build my Vatican city-state, with its bloated ..."
alwayspuzzled 116: Where’s the Pope in the ..."
Browse Our Archives
get the latest updates from
The Cordial Catholic
and the Patheos
Catholic
Channel
POPULAR AT PATHEOS Catholic
1