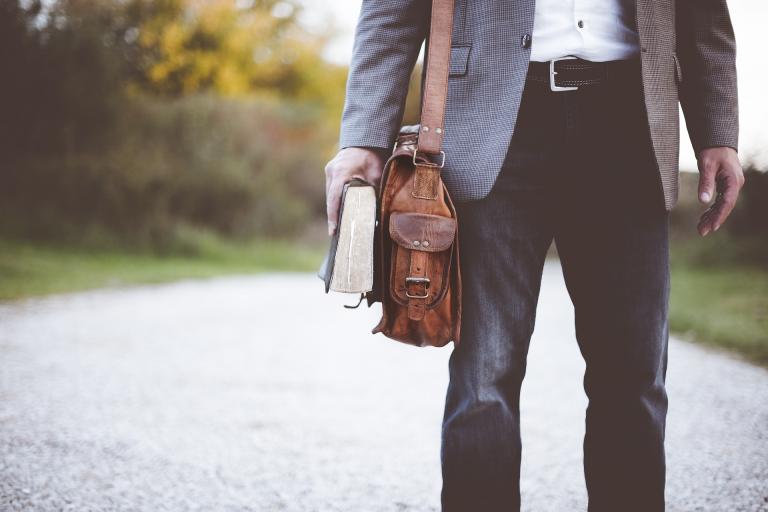 Blessed John Henry Cardinal Newman wrote that “to be deep in history is to cease to be Protestant.”

He wasn’t being facetious when he penned this now famous quote; he spoke from experience. It was Newman’s deep study of the history of the Church, the development of doctrine, and the roots of our faith that led the former evangelical to eventually become a Catholic priest.

It was through digging deeply into history, like Cardinal Newman, that I cease being a Protestant too.

For me it was a lack of knowledge about my own faith that kept me rooted in my non-denominational Christianity. I didn’t know the history of my particular belief system and where it came from and when I dug down at the roots I was shocked with what I discovered. And, like Newman, I wasn’t alone.

What if its a sort of fake news about the history of our faith—a sort of bad history—that’s keeping otherwise good Christians from recognizing the truth of the Roman Catholic Church?

Seven Books and Something Called the Septuagint

It began over a conversation with a friend about why Catholic Bibles are bigger.

I had recently posited that the seven deuterocanonical books of the Old Testament that don’t exist in Protestant Bibles should be re-evaluated based on three criteria. That is,

This was my argument, and it wasn’t particularly original.

The greek version of the Old Testament is called the Septuagint and that it contained the seven deuterocanonical books is a fact established by history. That it was widely read and accepted by Jews in Jesus time is also a fact established by history. In AD 70 Josephus, a prominent Jewish historian, wrote about the greek translation in terms like this,

Moreover they all, both the priests and the ancientest of the elders, and the principal men of their commonwealth, made it their request, that since the interpretation was happily finished, it might continue in the state it now was, and might not be altered. (Antiquities 12.109)

This was the Septuagint, a translation of the Hebrew Bible which contained the seven deuterocanonical books, and was quoted by Jesus.

A Case of Fake News…

As a fiery evangelical teenager I was taught that Catholic Bibles were bigger because Catholics added seven extra books. These deuterocanonical books we called the “apocrypha” because their origin was as sketchy as their content. I was taught, then, that these books didn’t belong in the Bible and that Catholics added them only after the Reformation and that they affirmed bizarre Catholic teachings like prayer for and to the dead, relics, and purgatory and that they were slipped on to the end of the Old Testament to help bolster the Catholic case in the face of Luther’s reform of the corrupt Catholic Church.

But this was fake news.

Since AD 382, the Catholic Church had affirmed a Biblical canon which included the seven apocryphal books. At this point in history the Church was the Catholic Church with its hierarchy of priests, bishops, and pope and while discussion and dialog certainly surrounded which books were in and which books were out the Church authoritatively, and decisively, affirmed the canon over and over again.

From that point forward, until the 16th century Reformation, the Canon of the Bible remained unaltered.

This is a fact of history.

And I’d been led to believe otherwise.

It was fake news.

Catholics didn’t add to the Bible, Luther removed—and when the canon was affirmed again at the Council of Trent (1563) it was only in response to the renovations made by Luther and the reformers.

A Cure for the “Fake News” Blues

I fell for the fake news and in conversation with my friend I realized that he did too.

These are the narratives we’re led to believe, but they simply aren’t true.

These things speak for themselves. So why do we—why did I ever—believe differently?

Because we fall for fake news. And I suspect this same fake news is keeping otherwise good Christians from recognizing the incredible grace-filled gift that is Catholicism.

But there’s a cure.

When Facebook began to feel the squeeze over their role in perpetuating “fake news” surrounding the US Presidential Elections they began to take steps to help users recognize when something didn’t add up. Now, when I scroll through my newsfeed I’m often greeted with a little button that offers me “more information” about potential sources of news. News articles from reputable, reliable sources are marked accordingly.

And Facebook hopes that these measures will help its users spot, and stop spreading, fake news.

Facebook is a profitable company, with lots to lose. But how much more valuable is your soul?

If Facebook can trawl their users’ newsfeeds for fake news then maybe we need to monitor our own spiritual intake for the same. A reliable cure for believing fake news about our faith might be adopting our own more critical lens.

As a non-denominational Christian I believed a lot about the Catholic Church that turned out to be untrue, often it was so far from the truth it was laughable. Same, as I’ve said, for the history of the Christian Church and the Biblical canon. I was, it turns out, dead wrong. And it wasn’t a matter of opinion, it was a matter of settled fact.

As Christians, Catholic and otherwise, we need to demand more. We need to get down to the sources. We need to be honest about what we know, and admit what we don’t, and then try to find out more. Settling for what we think something is like, or what we think happened, or what we thought we knew isn’t good enough when our soul is at stake. Because if we’re honestly in pursuit of Christ, His Church, and living the Christian life then we need to have the most accurate information available.

There’s no room for fake news. 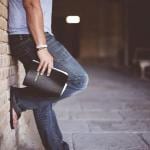 January 22, 2019
How Can "Bible Only" Christians Trust Their Bible?
Next Post 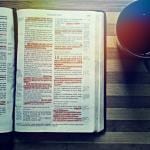 January 31, 2019 I Read the Whole Bible in 30 Days (And You Can Too!)
Recent Comments
0 | Leave a Comment
Browse Our Archives
get the latest from
The Cordial Catholic
Sign up for our newsletter
POPULAR AT PATHEOS Catholic
1 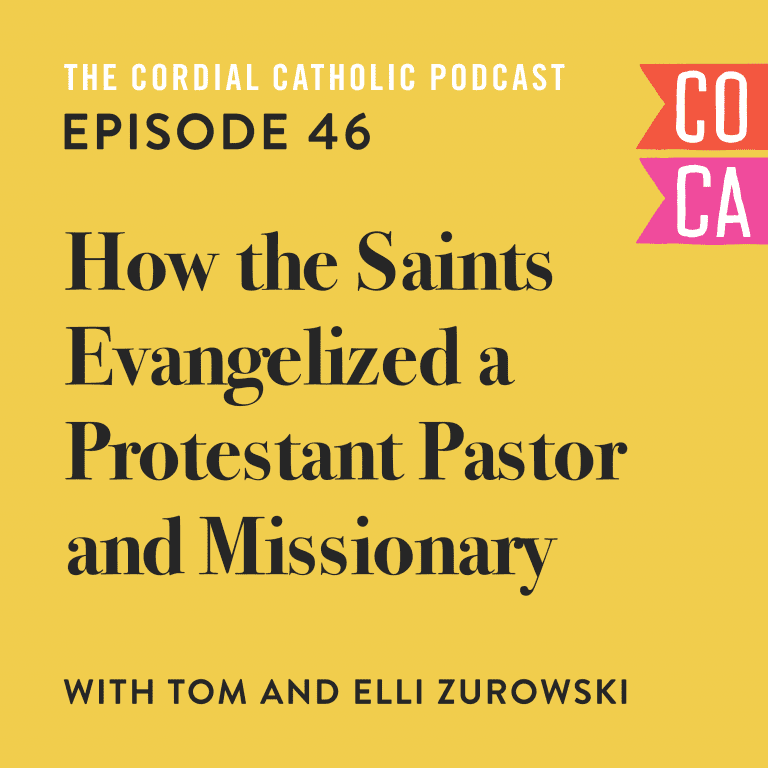