Is Protestantism a System Designed to Fail?

If you know anything  about my journey towards the Catholic Church you’ll know that it had, in the beginning at least, a lot to do with the authority of the Bible.

That’s where it began.

After some exposure to the Catholic Church through a podcasting priest from the Netherlands, a Protestant pastor and close friend asked me that fateful question, “What’s more important, tradition or the Bible?”

My journey took me to reading a lot of Catholic writers, of looking more closely at the historical narrative and, as I’ve written before, of eventually experiencing a landslide moment: If the Catholic Church drew together and preserved the Bible, how can everything else they did, and do, be wrong?

As G.K. Chesterton would conjecture, “How can you say it’s all bosh, except the scrolls?”

As I began exploring questions of the authority of Scripture and the role of the Catholic Church objections to the Protestant view of sola scriptura, the authority of the Bible alone, began to stack up rapidly. The idea that if the Catholic Church was right about the Bible how can it be wrong about everything else was one of them, but others formed too.

I’ll share here what, I think, is perhaps the most compelling reason why, to me, a view of the Bible as the only authority in Christianity is inconsistent with the nature of God, and it runs like this,

If God is truly good, why would He leave us a Bible that is so difficult to understand? Why would He design a system that was destined to fail?

Because, and I do not say this with any relish, Protestantism is a system designed to fail.

For the first 1,500 years of Christian history the Catholic Church was the interpreter through which we, as Christians, understood the Bible. The early Church fathers were Catholic and so were the early Church councils that defined Jesus as both God and man, the virgin birth, and the Trinity. In fact, for the first few hundred years we didn’t even have the Bible as we know it today—we only had the Church.

But the Protestant reformers argued that the authority to know how to live, act, and be Christian didn’t come from the Church—it had become corrupted or else never had that authority to begin with. Instead, the authoritative teaching of God was found in the Bible alone.

First, I had to reconcile the fact that for three hundred years there wasn’t a Bible, that Jesus never told any of His disciples to actually write anything, and that up until the time of the Reformation (and well beyond) most Christians couldn’t even read.

Even ignoring what to me were enormous red flags I still found it difficult—impossible even—to reconcile the belief that a God who is good and loving would leave us with only a Bible because then there is the difficulty of how to interpret it.

Nevermind that it didn’t exist in its current authoritative form for three hundred years, what about the people who couldn’t read it once it was collected?

If I’m expected to read my Bible and that’s the only authority by which I can know how to live, what do I do if I can’t read? Do I trust in a pastor, a priest, or a prophet who can tell me what it means? I can’t, because then they become the authority.

Of course not, says the Catholic Church. God left us an interpreter.

If Jesus, in his high-priestly prayer, prayed expressly for Christian unity. If Paul says this is how the rest of the world will know us. Why would God set up a system in which we’re to live that is designed to fail?

As a Protestant I always argued that it was up to me, with help from the Holy Spirit, to interpret Scripture. That was my job as a believer and I did it somewhat diligently. But what happens when we disagree? If I’m fervently praying to understand what God says in a certain passage of Scripture and so are you and we come to different interpretations then what does that mean? God isn’t working? We don’t have enough faith? One of us is wrong?

A common objection might be to say that it doesn’t matter, that on the big things we agree, but what are the big things? Catholics might argue that the Eucharist is pretty big—one of the biggest—but there’s no agreement there. What about the sanctity of life? The afterlife? Fundamental questions about how we’re saved?

Or talk about big things with the Anglican Communion—in which I have some very good, godly, priest friends—which is poised to potentially break apart (or at least into smaller pieces) on the big thing of the doctrine of Christian marriage. Pray for them.

Even the very first Reformers, who first pioneered the idea of sola scriptura (the authority of the Bible alone) disagreed on enormous, fundamental truths to the point of armed conflict.

Remember, the Annabaptists (who believed in rebaptizing adult Christians) were persecuted and killed by other supposed Protestant groups as regularly as they were by supposed Catholics.

We can dismiss disagreements over biblical interpretation when it comes to the little things, of course, but the big are more difficult to reconcile. And I began to find it impossible to do.

As a Protestant I was coming to the realization that, for so many reasons, it didn’t make sense that the sole authority for knowing, loving, and following God was the Bible.

For me, it didn’t jive with who I knew God to be.

If God is good, I thought, wouldn’t he leave us an interpreter to help us make sense of the written biblical record?

Because in the Protestant system of sola scriptura when one interpreter differs from another this creates, inherently, disunity. And, of course, we need to applaud, vigorously, those groups, usually small pockets of community churches, that cleve together in spite of their differences but these are not the norm. And these, I’m afraid, aren’t a way forward, they’re the exception to the rule.

Sadly, any system which promotes splitting a church community based on differing interpretations stands no chance of achieving a larger unity even in spite of the efforts of those small, unique congregations.

An earlier version of this article titled “A System Designed to Fail” was published on my personal blog in 2014. 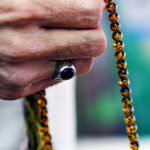 January 17, 2016
What Evangelicals Don't Know About the Rosary
Next Post 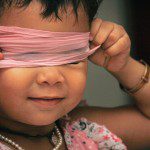 February 5, 2016 Lent is Coming, Hide the Kids
Recent Comments
0 | Leave a Comment
Browse Our Archives
get the latest from
The Cordial Catholic
Sign up for our newsletter
POPULAR AT PATHEOS Catholic
1