Let Me Explain Why I Love All This Catholic In-Fighting, OK?

Let Me Explain Why I Love All This Catholic In-Fighting, OK? October 2, 2017 K. Albert Little

You may have heard that a group of Catholic priests, lay people, and theologians have called out Pope Francis as a sort of quasi-heretic. It’s complicated situation, really, featuring lots of nuance and detail and the sort of stuff that mainstream media—even some Catholic media—unfortunately choose to paper over.

I get it: people’s attention spans, yadda yadda.

Suffice to say, many in the Catholic, Christian, and mainstream media are convinced there’s some kind of big old fight brewing within the Catholic Church over one liberal, Jesuit Pope’s interpretation of certain aspects of dogma and the push back from so-called conservative believers.

And while there is, a little bit, although it’s certainly overblown.

But in all honesty, truth be told, cross my fingers hope to die? As an Evangelical convert to Catholicism, I love all this in-fighting, OK?

Early in my faith-life, as a teenage convert to Christ, I was once chastised, convinced I wasn’t really saved, because I hadn’t had an experience of speaking in tongues, delivering prophecy, or seeing spiritual visions. I was disappointed, in despair, and prayed to be delivered from my lowly state of sin but didn’t receive any sort of baptism of fire I was told I needed to be a Christian.

As an angsty teen, it was devastating.

When I returned to the group the following week, Holy Spirit still absent from the scene, I was treated as an outcast, as were others who also hadn’t been baptised through a charismatic experience. With this particular crowd, receiving a special grace from the Holy Spirit—these gifts of the Spirit—was a kind of Christian badge of honour.

Who was in and who was out were clearly delineated, by God himself.

Later, in my faith life, I’d look back on this group of rather fringy believers and shake my head. What their elevation of a small part of the Christian charism ended up doing was not good but tangible evil: it divided the Christian body into have’s and have-not’s. Into a group of elect who could clearly establish their eternal security with God, and those who’d have to slog it out on their own until the Holy Spirit decided to drop the gauntlet, as it were.

They could spend a whole life waiting.

But here’s why I bring this up.

Because that group of fringe charismatic Christians broke off from a much larger group of more doctrinally grounded Pentecostal believers, who’d split from a larger church of Pentecostals, who’d been sprang out of an American seminary, which was founded by a pastor who’d experienced a radical conversion to Christ at a revival tent meeting in the 50’s.

When their emphasis on spiritual gifts became a bit too much of a focal point, a small group of believers left that Pentecostal church and started their own.

They only existed, it turns out, because they couldn’t agree.

Now, as a Catholic, the overwhelming feeling I get when I read news of the heretical Pope and his schismatic interlocutor is relief.

Because for all the fighting we may do as Catholics, in the end, it’s all in the family.

It’s in-fighting—which is, of itself, a great big thing full of grace.

See, us Evangelicals fought all the time whether it was over the nuanced details of St. Paul’s inventory of spiritual gifts or prescient social issues like marriage, abortion, and gender. We fought. And when we’d disagree it wasn’t something to be settled by a symposium, a synod, or at the feet of the Chair of Peter—it was something to just get up and leave over.

And plant a new church.

We didn’t, in any genuine sense, have to wrestle with theology if we didn’t want to. We simply had to pull up stakes and endure the pain of learning everyone’s names again in the fellowship hall after Sunday service.

We didn’t fight in the family; we got a divorce.

What I love about all this news of heretic popes and a Church in moral crisis is that, truly, in the end, our fight is a domestic affair.

We can argue and debate and sometimes even get a little bit too worked up but it’s all within the framework of a very clearly established authority structure. A holy and universal Church which traces its foundation to Christ Himself, on the cross, and it’s governorship to a clearly defined system.

It’s an argument about the rules of baseball from within the game.

And like St. Paul calling out St. Peter for brushing off the early gentile believers we’re in-fighting—we’re family—and as painful as it might be it also feels right.

As someone who’s experienced what it’s like out there, this is an incredible thing of grace.

To do it this way, and to remember what Christ said about the gates of Hades, the Church prevailing, and yadda yadda yadda. 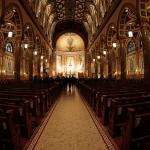 September 27, 2017
The Catholic Church Makes Sense, Because I Don't Know Best
Next Post 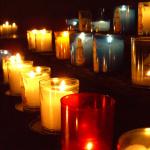 October 17, 2017 How to Explain Purgatory to Everyone
Recent Comments
0 | Leave a Comment
Browse Our Archives
get the latest updates from
The Cordial Catholic
and the Patheos
Catholic
Channel
POPULAR AT PATHEOS Catholic
1 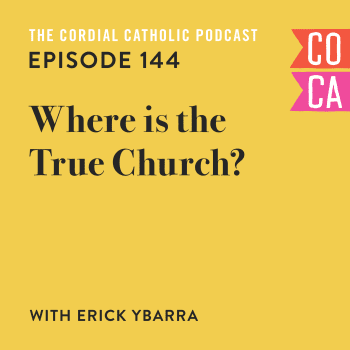 Catholic
144: Where is the True Church? (w/ Erick...
The Cordial Catholic 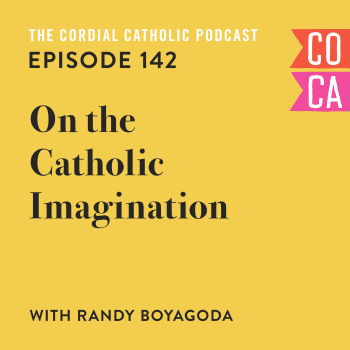 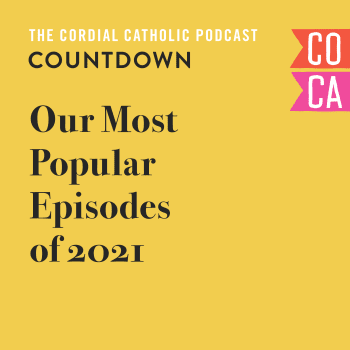