The Reformation Was Stupid

For many Protestants the 500th anniversary of the Reformation is cause for some celebration.

In many circles I know, it’s an opportunity to celebrate the time that a hero of Christianity freed the Bible, and the faith, from the bad theology and evil clutches of the monolithic Catholic Church. Wrestling control over our destinies from the hands of the corrupt papal authorities and restoring a belief system and way of life that had been lost under centuries of Roman tyranny.

(Or maybe that’s a bit extreme.)

To say it another way: How we understand our own history shapes almost everything about how we live out our faith today.

A proper understanding, then, is kind of a big deal.

And here, the commonly espoused idea of the Reformation as a re-establishing of some kind of true, lost faith is a claim worth a genuine investigation.

A meaningful study of Old Testament covenants reveals plainly that God’s chosen people—the nation of Israel—screwed things up more than a handful of times. God promised good things to those that followed His meager requirements only to mourn, again and again, as His people fell in league with sin, and broke the simple agreements they made.

Laws and guidelines which God established to differentiate them from their pagan neighbours, to keep them safe, to help them prosper—time and again even the most holiest of the God-appointed leaders and priests stumbled, fell, and a nation crumbled.

Time and again their sins took them to the brink.

Time and again God was moved, in mercy, to re-establish their broken relationship.

But even Protestants would acknowledge that the new covenant is something different.

When Christ established his new people under the new covenant he called those people his Church and named them his Bride. A Bride who would not need to re-establish her wedding vows every time she slip and fell from grace—unlike God’s people of the old covenants.

Jesus’ sacrifice, we all agree, is a “once, for all” situation. Unlike the Jewish nation who fell away and needed to be re-restored, Jesus doesn’t need to suffer crucifixion every time one of His followers commits a sin—or gets a finer point of theology wrong.

It’s over and done.

When Martin Luther lodged his formal complaints against the Catholic Church he likely never intended to start over again, he simply wanted reform. But the Reformation, in that sense, is entirely misnamed. Because in the end it wasn’t a Reformation—as the movement grew and then began to spiral out of control of the original Reformers, it became a restoration, something it was never intended to be.

Something which is impossible to imagine.

Because unlike the Jewish believers of the Old Testament a new prophet, a new covenant, a new movement was not required. Jesus had died; our new covenant is written, and signed, in His blood. If the Church, established by Jesus at His death, had gotten something wrong then she needed to be corrected—not dismantled, not circumvented, not bowled over in favour of something else.

But that something else is what we’ve ended up with.

Contrary to what I believed as an Evangelical, the Church was never a fragmented, invisible collection of believers when it was established by Christ in the Upper Room two thousand years ago. It’s clear from Acts, Paul’s epistles, and the Early Church Fathers that the first apostles and their successors immediately understood themselves to be operating under a specific, authoritative structure. The physical Church, with the trappings of the Mass, the Bishops, and even priestly celibacy can be traced back with the utmost precision to the very Early Church.

To those very first days and directly, in a straight line, back to the promises of Christ.

But the Reformers, with many of the best intentions, jettisoned 1,500 years of Church history to say they’d found a better way. That they were there to restore the Church which had been lost in all that Catholic stuff.

That, somehow, the bishops and popes had gotten it wrong—but they’d discovered the truth.

Words that appear in Protestant Bibles, too.

Jesus told us, in no uncertain terms, that the Church he established would never be overcome.

Not that it’d be great at first but then meander for about 1,500 years until it was discovered again. And, oh, by the way, that’s how it was supposed to be all along (forget the pope and bishops and all that incense stuff). 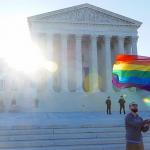 September 5, 2017
We Don't Need No Nashville Statement
Next Post 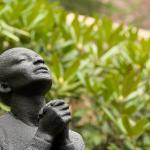 September 18, 2017 I Have the Laziest Prayer Life Ever (and It's Awesome!)
Recent Comments
0 | Leave a Comment
Browse Our Archives
Follow Us!