N.T. Wright and the Catholic Church as a Postman

N.T. Wright and the Catholic Church as a Postman December 30, 2014 K. Albert Little

I’m reading N.T. Wright’s Scripture and the Authority of God

because, up until a few moments ago, I was a devout Protestant in search of the “correct” way to interpret the Bible. Amazingly, and much to my surprise, I’ve found a solution that resonates deeply, for me, in a most unlikely place: The Catholic Church.

Still, I’ve read a lot, recently, on the Catholic response to the authority and interpretation of Scripture and I’m doing my level best to understand the Protestant perspective as well. Like I said, up until quite recently I wrestled with these monumental issues from that side of the fence. It was that wrestling, in fact, which drove me into the arms of the Catholic Church.

I don’t, in N.T. Wright, expect to find a solution to the problem of authority, the problem of interpretation, that’s going to stop me in my tracks but I’d like to understand and respect how such a prominent Protestant scholar makes sense of this problem. I hadn’t found a satisfying solution, apart from the Catholic experience, but maybe Wright had.

As Wright tackles the idea of authority of the Holy Bible, he briefly gives way to what he calls a view held amongst “traditionalist Catholics.” This piqued my interest.

This view, Wright says, is one that holds the Church above the Bible because, as I’ve argued here before, the Church put the Bible together.

Of this view, Wright says,

This makes a rather obvious logical mistake analogous to that of a soldier who, receiving order through the mail, concludes that the letter carrier is his commanding officer. Those who transmit, collect, and distribute the message are not in the same league as those who write it in the first place.

If I’m going to be honest with you, coming into Scripture and the Authority of God I had hoped N.T. Wright had developed some kind of novel, air-tight paradigm for interpreting the Scriptures. I was spoiling, not for a theological knife fight, but, in the least, for a lively discussion over dinner. Something I could sink my teeth into. Something that could give my Protestant past some fighting words with which to engage my increasingly Catholic future.

I had hoped N.T. Wright would heartily engage the Catholic paradigm of authority, not half-heartedly nudge it aside with a wet mop, and carry on.

Simply put, Wright’s analogy of the Catholic Church as a postman is a complete farce.

If we follow Wright’s anemic analogy we get this:

The Catholic Church’s claim to be the seat of authority over and above the Bible is a “rather obvious logical mistake” because, in fact, the Church merely delivered the message it did not write it.

As compared to a soldier who receives orders in the mail and then concludes that the postman is his commanding officer. The postman didn’t write the orders, he merely delivered them.

But, heavens above, the Church did not merely deliver the books of the Bible.

Again, Wright says that “those who transmit, collect, and distribute” aren’t in the same league as those who write it.

But, good grief, the Church did not merely “transmit, collect, and distribute” the books of the Bible.

At the risk of sounding anything but cordial (maybe I should’ve named this blog something else!) it’s safe to say that Wright, on this topic, is an utter disappointment. Instead of a hearty engagement Wright brushes aside the claims of the Catholic Church with nothing more than a mild retort, and moves on. Wright, in a book about authority, brushes aside 1,500 years of Church history with a damp rag—and a rag full of holes at that.

Because there are enormous holes in Wright’s analogy.

The Church did not, in the early part of its history, merely collect or deliver the books of the Bible. Of course if that were the role of the Church it would be nothing but a divine postman delivering the signed and sealed very words of God. But that’s not how it worked. The Church, in its councils and committees, decided which books, which letters, which gospels belong in the Bible.

The Church isn’t the postman, it’s the post office.

If, in Wright’s analogy, the word of God is a letter to be delivered the Church wasn’t merely the postman delivering but the post office, sorting out which letters go where, whose letter is genuine, whose letter is faked, who is reading what, what is going where.

If I sound frustrated it’s because I am and, oh dear reader, I get in such a funk sometimes. I was sincerely hoping that N.T. Wright, a respected bible scholar of incredible renown, would have some rich and decadent theological approach to the claims of the Catholic Church. Something meaty to work through to really challenge my newly-founded beliefs. Instead, we’re served up a wet noodle on a platter. I’m disappointed. I’m disappointed because if this is the best that Protestant scholarship has to offer—this half-baked, weak-kneed postman analogy—we’d better all throw in the towel. It’s a shame.

Wright is right, of course, in judging the importance of a book like Scripture and the Authority of God. As Wright says, we’re facing a culture, a zeitgeist, and an international Christian church that is increasingly challenging the authoritative norms. As Christians we desperately need to know how to understand the authority of the Scriptures; how to interpret them in a world of myriad interpretations. This is a real challenge. I’ve found a solution, a two-thousand year old solution that makes an awful lot of sense to me, but Wright is robbing his readers at least of the intellectual discourse of honestly and openly addressing the claim of a Church-based authority over a Bible-based one. At least, if nothing else, craft a metaphor a little more tightly. 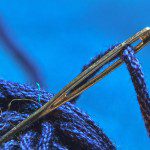 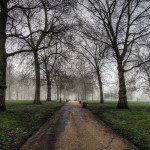 January 4, 2015 New Year's Journey
Recent Comments
0 | Leave a Comment
"Three questions to ask an atheist:I haven't come up with a third one, but for ..."
Daddy Sockdragger Three Questions to Ask Your Atheist ..."
"OK, here's the thing, Mr. Little-- your guest, Mr. Heschmeyer, in speaking about, "Who sent ..."
therealguyfaux ✓ᵛᵉʳᶦᶠᶦᵉᵈ 083: What You Need to Know ..."
"It is a very easy transition, going from one totalitarian belief system to another. So, ..."
David Cromie Christianity Today Editor Becomes Catholic
"There's a billion Catholics, so if you look you can find everything from Jesuit left-wingers ..."
James Van Damme Christianity Today Editor Becomes Catholic
Browse Our Archives
get the latest from
The Cordial Catholic
Sign up for our newsletter
POPULAR AT PATHEOS Catholic
1