How Catholics and Protestants Read Their Bibles (and Misconceptions Explained!)

How Catholics and Protestants Read Their Bibles (and Misconceptions Explained!) May 26, 2015 K. Albert Little

As an Evangelical Protestant I had a lot of misconceptions about the Catholic Church. I’ve written about that before. One of these misconceptions—and a rather popular one—was that Catholics didn’t know their Bibles. They didn’t read their Bibles, at least not like we evangelicals did, and they certainly couldn’t support any of their superstitious beliefs and rituals using Holy Scripture.

As it turns out, I was mostly wrong. Mostly.

Catholics Hear A Lot of Scripture

Amazingly, Catholics are exposed to a lot of Scripture.

I remember Scott Hahn, famous Catholic convert, making the same observation after his first experience of a Mass. I’ve found the same thing, too. The Mass is utterly soaked in Scripture, more Scripture than I ever would’ve heard in all my different flavours of Evangelical Protestantism.

I recently heard an incredible fact. If a Catholic were to attend Daily Mass—something I highly recommend from experience—they would hear almost the entire Bible in a three-year period.

Catholics hear a ton of Scripture.

As I’ve been attending Daily Mass lately, in the season of Easter, I’ve heard almost the entire book of Acts read section by section each morning. It’s been incredible and it shatters the myth that Catholics don’t read their Bibles. They do. Or, rather, the Church reads them the Bible.

It’s kind of amazing to think, really, but the Church is reading me the Bible. And it’s purposeful too. Readings line up, beautifully, with a Liturgical Calendar that spells out the whole year, the whole life of Christ, in a myriad of feasts and solemnities and special days of reflection. It’s a beautiful rhythm, and at its core is an expression of the Holy Scriptures.

But, in so far as the Church reads me the Bible, I need to read it for myself too and this seems to be a largely lost art in Catholic circles.

Why the Catholic Church ‘Suppressed’ the Bible

The idea that the Catholic Church has, over the course of history, suppressed the study of the Bible is a patently untrue assertion. Or, in the least, highly misunderstood.

At the heart of the Protestant Reformation was the notion that increasingly enlightened common folk ought to have access to the Holy Scriptures for themselves. This belief was pioneered, chiefly, by Martin Luther. Himself a Monk who struggled mightily with his own personal defects. Nonetheless, Luther championed the right for ordinary individuals to have their own Bibles. With his own unique interpretations of several aspects of Christian doctrine, Luther believed that a plain sense reading of Scripture would lead other Christians out of the heretical Catholic Church and into his own version of Reformed Christianity—the Lutheran Church.

But quickly Luther realized his mistake and, indeed, regretted the wide distribution of the Holy Scriptures in the vernacular (German, in Luther’s case) for precisely the same reasons that the Catholic Church had, wisely, not encouraged personal Scripture reading for the laity (that is, for people who aren’t priests, monks, or nuns).

The reason is simple: Common people couldn’t understand it.

While it might be incredibly difficult to believe in our modern age when most of us, in the developed world, can read and write and understand complex situations and scenarios but this was not so in the Medieval world. Not before and not, for a long time, afterwards. What Luther did, and what he immediately regretted, was to give the common people a fully-loaded weapon without the proper training on how to use it.

In the end, when he was the proliferation of denominations and the ruin he’d caused amongst Medieval Christianity, Luther largely regretted putting the Bible into the hands of common Christians. Without the help of the Church and Her educated priests and lay teachers, the Bible was extremely difficult to understand for the Medieval Christian. The Church, I would argue, was extremely wise in its decision not to withhold the Bible but to put it in its proper place—and offer sound interpretation and doctrine, to avoid confusion and schism.

Why We Must Read our Bibles

But the myth that Catholics don’t read their Bibles persists and, in a sense, it’s true.

Catholics have a great deal of the Bible read to them; more Bible than I’ve ever experienced in an Evangelical Protestant service, and read in a much more reverent way. When Catholics read from the Bible it’s clear that we’re reading from the Bible. In the case of reading from the Gospels, the very Words of Jesus, the priest, and the congregation, make extra special pronouncements. The priest even kisses the Gospel after reading it so demonstrate his reverence and respect for the actual words of Jesus.

But many Catholics don’t read their Bibles at regular intervals and in any kind of serious personal study.

But we ought to.

The New Evangelization, ushered in two decades ago by Pope John Paul II, insists that the starting point for Catholics to begin to understand and explain their incredible faith is by reading their Bibles. Louis Bouyer, a French theologian writing in the aftermath of Vatican II, and a favourite of mine, writes, likewise, of the importance of personal biblical study in the Catholic’s daily devotion.

The incredible thing I’ve learned since seriously studying Catholicism is that despite what I thought I knew Catholic’s beliefs are entirely, wholly biblical.

As a younger Evangelical Protestant I thought I knew a lot of things about Catholics. Even recently, as I began to dig deeper into the Church, I was sure some aspects couldn’t be found or justified in the Holy Scriptures—I was wrong.

The Catholic faith, all aspects of it, are biblical the problem is most Catholics don’t know that.

With a deeper understanding of Scripture. With a deeper dedication to daily reading our Bibles and praying for those words to sink into our souls we will, all of us, become better able to understand and explain the beautiful faith which we profess. Too many of the myriad misconceptions that I carried about Catholics could have been handily dispelled by a Catholic who knew what they were talking about—someone who was steeped in the Word of God, nourished by the Eucharist, and steadfast in prayer. But these folks, unfortunately, are sometimes few and far between.

What Evangelical Protestants have resoundingly right is a holy tradition of personal, private biblical study. What I hope, as an Evangelical Catholic, to urge us all toward is taking up a study of our own. And a personal devotion to reading our Bibles daily and being refreshed and renewed in the Word of God. 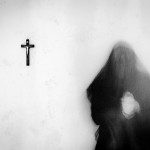 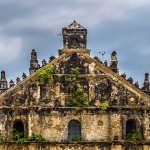 June 1, 2015 What Would The Early Church Look Like If I Had a Time Machine?
Recent Comments
5 Comments | Leave a Comment
""Led me toward Catholicism"I'm curious. Why not actually study the TRUTH of the existence of ..."
Pope Hilarius II How the Eucharist Blew My Mind
"I suppose you "square the circle" on whether the Eucharist is the Real Presence or ..."
therealguyfaux ✓ᵛᵉʳᶦᶠᶦᵉᵈ How the Eucharist Blew My Mind
"I really enjoyed the discussion and the politeness between the 4 of you. Personally, I ..."
Artistree 092: Does Studying Church History Make ..."
"Paul,St. Jerome used the proto Masoretic text to translate the OT instead of the Septuagint. ..."
Artistree Would the Early Christians Be Welcomed ..."
Browse Our Archives
get the latest from
The Cordial Catholic
Sign up for our newsletter
POPULAR AT PATHEOS Catholic
1 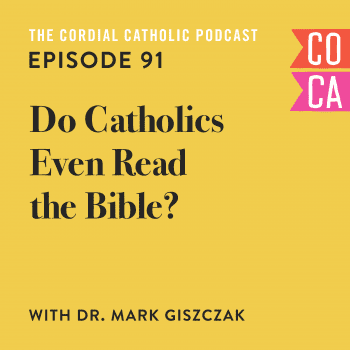 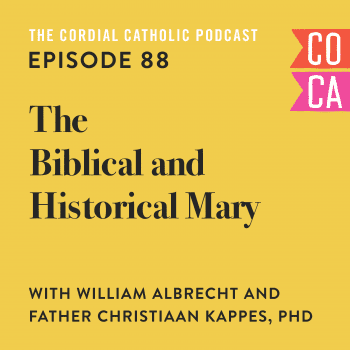