The Incredible Satisfaction of Living with the Saints

The belief of in ability of our deceased Christian brothers and sisters to pray for us has roots in the very beginning of Christianity.

St. Polycarp, a disciple of St. John himself, wrote of the very special power held in the relics of the earliest deceased Christians. The prayers, in Heaven, connected to their physical bodies still on earth. By 787AD, the special place of the saints was solidified enough for the Church to declare,

we adore and respect God our Lord; and those who have been genuine servants of our common Lord we honor and venerate because they have the power to make us friends with God the King of all.

As Catholics we honour, venerate, and ask for the prayers of those Christians that have fallen asleep because we believe, as the Church has taught, in their special power.

After all, if I can ask a Christian on earth to pray for me how much more incredible—and powerful—might the prayers of a Christian who is already in the presence of God be?

That we’ve lost the beautiful legacy of a belief in the prayers of our pious predecessors is an absolute travesty.

In an Ocean of God

In his book Theology for Beginners

, Frank Sheed gives what I think is the best explanation of God that I’ve ever come across.

To paraphrase, Sheed says that God is all around us. That we are, essentially, inside of God—like swimming in an ocean.

For as long as I can remember my tendency has been towards picturing a God who is elsewhere; a God who is somewhat abstracted.

We often talk about God as if he’s up in Heaven and our prayers need to be sent skyward but nothing can be further from the truth. Sheed says that God is everywhere; all around us. Instead of up, our prayers emanate outward permeating the very being of God like ripples on the water.

We exist because God breathed us into existence and because he—second by second—sustains us like water holding us up as we float along.

It’s, if not an incredible picture, at least a practical one.

It puts God in His right place, and us in ours.

So much so with the saints.

A Great Cloud of Witnesses

I wasn’t raised on the saints.

In my Evangelical upbringing I believed that communication with the dead was something akin to witchcraft and that the souls in Heaven had no contact any which way with the souls on earth.

But I became a Catholic. I was grafted into a spiritual tradition that holds the saints in incredibly high esteem. That prayers to them, venerates them, carves them into our churches and chapels and monasteries. A tradition that, to be sure, takes a lifetime to truly plumb and for that I’m grateful.

I’m grateful—as many “cradle Catholics” remind me—that I’ve been given the opportunity to approach this faith with fresh eyes. Everything is new.

I wasn’t raised Catholics so suddenly these saints—impossible to miss in any Catholic context—are all around me; and it’s this incredible, unmistakable gift.

A couple of stories from my journey.

I’ve always been a “signs and wonders” kind of crappy Christian. I say that because it’s been a bit of a failing of mine.

You know, the kind of Christian who prays far too earnestly for something and ends, inevitably, with “and God, please send me a sign to let me know you hear me.”

Me of little faith.

I don’t think I’m alone in my lack of surety of prayer but as I’ve matured in my Christian faith I’ve tried to move away from making deals with God and simply trying to trust more.

But I read somewhere that Pope Francis often prayers to St. Thérèse de Lisieux, the “Little Flower” and had a pious tradition of asking her to send him a flower to let him know she’s on the case. A “sign and wonder” to be sure but if the Pope is OK with asking for a sign, I thought, then maybe it wasn’t the worst thing after all.

So I gave it a whirl.

Being a relatively new Catholic, and new to the power intercessory prayers, I asked St. Thérèse, one morning, to take care of a particular prayer need for me and to send a flower my way to let me know she’s praying. Funny, that a couple of years later I don’t even remember what I prayed for but I do remember the clear indicate of the “Little Flower” taking up my case.

It came, benignly enough, as I ran myself silly on the treadmill at the gym that morning. Some twenty minutes or so after asking for a sign.

Up on the large TV screens that line the gym was a report of a missing women, an elderly lady with dementia who had wandered away from home during the night. There plastered on every screen was the picture of a lady wearing a winter hat with a great, big, impossible-to-miss flower sewn on the front.

It was clear as day.

St. Thérèse was on the job. And, I learned that afternoon, the woman was found safe and returned home too.

When my wonderful wife was on the cusp of labour with our firstborn I found myself on the hunt for a few good saints.

A few intercessors to trust my petitions with.

I stumbled, mostly by chance, upon Saint Gianna Molla.

She has been my steadfast prayer partner ever since.

Gianna Molla, a doctor, is known for her special connection to pregnancy, labour, and mothers. Gianna died in 1962 shortly after a complicated pregnancy and labour in which she refused to terminate her pregnancy or undergo surgery that might threaten her unborn child but save her own life. Instead, Gianna gave her life, in the end, to save her child’s.

Since her death, St. Gianna Molla has been credited with scores of miracles related to pregnancy and labour and was officially canonized by the Church in 2004.

Throughout the first year of our little son’s life St. Gianna has been a near constant companion through illness, difficult nights, and transitions and while her prayers haven’t seemed to work any incredible miracles he is, at a year old, almost sleeping through the night now.

Lately, however, St. Gianna has been making her presence well known and it’s been an incredible comfort. As my wife’s maternity leave ended and I took over full-time dad duties for the next six month St. Gianna kept popping up everywhere letting me know I can be assured of her prayers.

All unconnected and all, truly, without having thought about St. Gianna in some time.

It’s these little miracles that are incredibly comforting, that make me aware, once again, of the ocean and the water and the floating.

And the great Communion in which we live.

The Incredible Satisfaction of Living with the Saints

Living amongst such a great cloud of witnesses, as I think God intended us to live from the beginning, is incredibly satisfying.

When I first began learning about the Communion of the Saints and what the ancient Church taught I was admittedly skeptical. I wondered how I could ever “get to know a saint” as so many Catholics I’d admired talked about.

How is it possible to “get to know” someone who is deceased? Who died, in some cases, a thousand year ago?

But the same thing could be said about getting to know God Himself.

How, a skeptic might ask, can the average Christian ever “get to know” an invisible, generally inaudible, omnipotent God?

Yet we know well the deeply personal, tangible relationship that can exist between humankind and our Creator.

Likewise with the saints.

That I can throw up a lifetime to St. Gianna Molla when I’m struggling to accomplish everything I need to to keep our domestic ship upright; that I can quickly and quietly send up a prayer to St. Francis de Sales for courage in the face of a difficult conversion; or the privilege of approaching a holy man like St. Anthony of Padua just to ask him to pray that I might find where the heck I put my keys, again.

To have the incredible satisfaction of knowing that these holy women and men are, in that very moment in time, praying for me at the foot of the throne of the Ever-Living God is almost too much to bear.

To live amongst our holy predecessors, to maintain those relationships, and to float along in such a sea of prayer is one of the greatest blessings given to us by God. A spiritual heritage—an experience—not to be abandoned lightly.

Can I get an Amen? 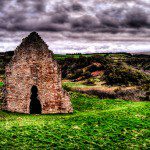 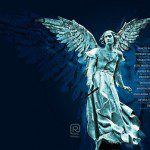 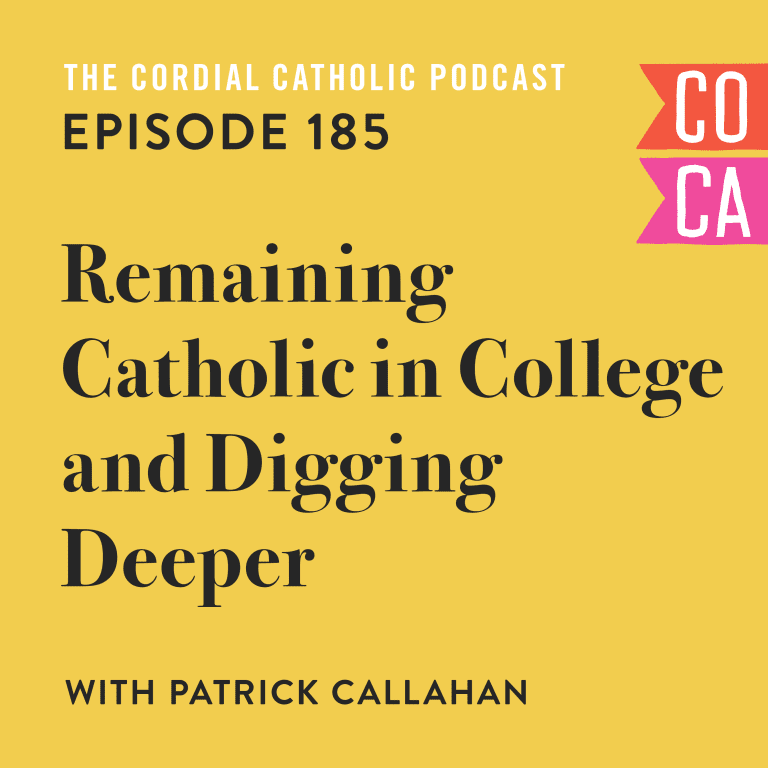 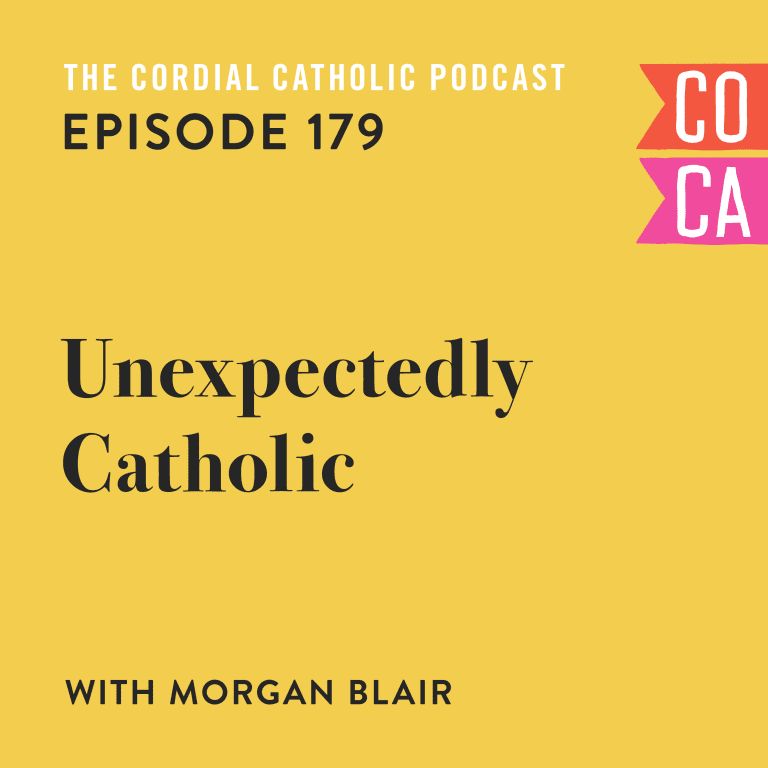 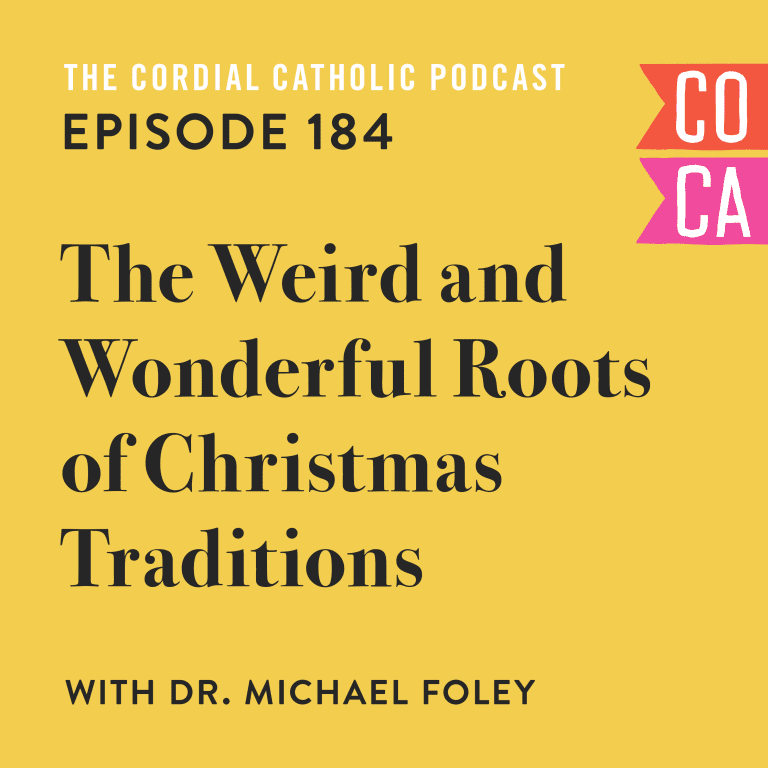 Catholic
184: The Weird and Wonderful Roots of Christmas...
The Cordial Catholic 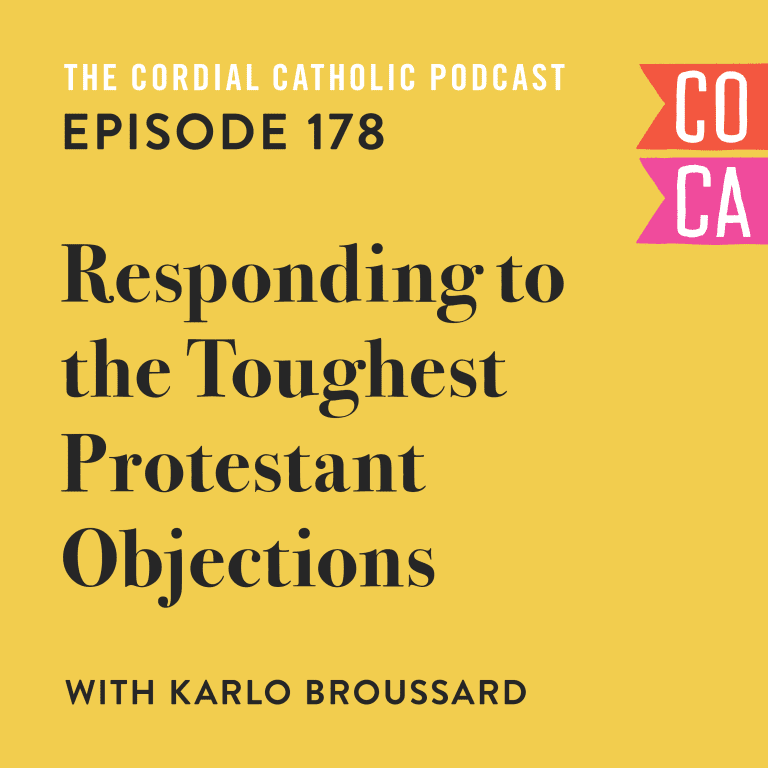