The whole thing—the will of God thing—is tricky.

As a teenager, in Evangelical circles, it was worn like something of a badge of honour: A young adult tromping off in this or that direction—following this or that fancy—would declare it to be the unequivocal “Will of God” and entertain no detractors.

It was a Trump Card—in every sense of the word.

But how we discerned such an important thing—what God wanted from us—what such a convoluted, serpentine process.

(The subject of at least a dozen sermons a year in the average Evangelical congregation.)

As a teenager, the two most time-tested and trusted means for discerning God’s purpose and will for each and every situation were simple: the Bible, and the gut.

Ironically, in a faith tradition which lumped horoscopes in with Satanic ritual the flip-open-the-Bible technique was never appropriately shunned for what it was: a kind of bizarre fortune-telling crystal ball approach to discernment.

I do stand, years later, slightly corrected having recently discovered that some of the most laudable saints, like Augustine himself, used this same method to decide what God wanted them to do.

Can’t be that bad of a strategy, I guess, although I still hold it in somewhat suspect regard.

Of course the other, often prevailing, method of discernment for us young Christians was to simply rely on our gut—how we felt—which is, of course, the most accurate measure of God’s will for a group of hormone-saturated teenagers.

But those were, back then, how we decided upon God’s will: What felt right and what page our Bible opened to.

And maybe, in reality, those methods weren’t all that ridiculous to begin with.

If there’s something I’ve learned in the decade and a half since then it’s that God’s will can be uncovered in all sorts of ways and, more often than not, his will is simply whatever. As in, there are lots of different possible outcomes. Maybe a door closes here but another, eventually, will open somewhere else. Or maybe I’m deciding between two seemingly equally good choices; either is OK and neither is not God’s will. Maybe it’s a career choice, a move, or an adventure—if there’s anything I’ve learned about what God wills for us is that He wills us to pray, have patience, and then decide.

He’s going to be there to accompany us in any case.

Some of the best advice I received about discerning God’s will came about a year ago at a busy Catholic conference. I was discerning a career move from a full-time educator to working in parish ministry and it was a huge, emotional, life-changing choice.

Confession was available one night during the conference and with about a thousand people in attendance the line-up of Catholics eager to reconcile with God was breath-taking.

As was the number of willing and available priests.

As I waited in line I piously tried to spy out the priest that might make the best confessor. Would it be the priest in the cassock? I liked his appreciation of tradition. What about one of the auxiliary bishops? That could be thrilling and surely incredibly edifying.

Just then another priest joined the cue of available confessors. In jeans, he wore a pair of dad-from-the-70’s pop bottle glasses and a colourfully embroidered stole which screamed Spirit of Vatican II at an unseemly decibel.

Please Lord, I prayed, not him.

But, of course, like all good life lessons I learned this one the hard way and was ushered across the sprawling lobby into the chair across from Fr. Vatican II.

Apart from whatever else I had to confess that evening I reluctantly explained my predicament to the priest. I told him I felt ashamed to be even considering rejecting a job position in ministry because parish work must be God’s will for my life—it’s work for the Church, after all. I told him I didn’t want my attachment to my teaching job—I’d done it for 8 years at that point—to cloud my judgement; I didn’t want my lack of faith to hold me back.

The parish job seemed like it must be God’s will, but didn’t feel like a good fit.

I was worried, and a bit of a wreck, but what he said remains some of the best advice I’ve ever received on discerning God’s will.

He said, God’s will isn’t always going to be the choice which seems the most radical or the scariest.

God’s will isn’t always the difficult option in a series of possible choices.

And he related to me a story from his own experience.

Years ago, he said, he’d meet Mother Teresa and had a chance to work alongside her for a time. They developed something of a relationship and when he was finished his work there and had to move on she’d given him a rosary—her own personal rosary, he told me. And he was absolutely beside himself.

The rosary became a treasured spiritual aid; he’d use it for prayer himself and always counted Mother Teresa’s prayers alongside his own.

He was sure she’d be praying for him, and with him—after all, he was using her rosary.

But one day he met someone, he said, in particular distress. In the heat of the moment, because it felt like the difficult and sacrificial thing to do, he decided to give them his rosary, the one he’d receive from St. Theresa.

And before he knew it, it was gone.

He lamented, to me, the fact that the person who’d received it probably had no real idea the value of it. They’d never experienced that real, personal connection to the living saint that he had. They didn’t know her from the literal trenches she worked in; they wouldn’t use it and treasure it in the same way that he had and, he told me, he’d always regretted giving it away so hastily.

He lived in that deep regret.

God’s will, he said, isn’t always that rash or difficult choice and we cannot, and should never, automatically assume that if it’s hard and is going to cause us to suffer it must be the direction God wants us to travel.

Sometimes God’s will might very well be the easier choice like praying for that person in distress, but keeping the rosary.

I’ll never forget that advice from Fr. Vatican II, nor the shame I felt after having such a good conversation with him.

(Being terribly judgemental is something I confess constantly, for the record!)

What we can count on, I know, is that if we cling tightly to Jesus—if we pray and are patient and faithful—we are doing God’s will.

What I learned in the time after a difficult break-up, after flipping open my Bible and going with my gut and assuming that God’s will must always be the most difficult choice, was that, actually, the most simple way to know and do God’s will is to simply put God first.

Seek first the Kingdom, Jesus said, and everything else will be given. 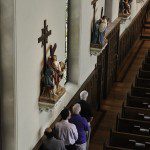 April 7, 2017
Thoughts from a Convert in the Confessional Line
Next Post 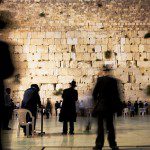 April 20, 2017 I Am But Dust and Ashes
Recent Comments
0 | Leave a Comment
"The Church does not teach that Mary had to precede God.Mary is the mother of ..."
LiberalsLie Why Catholicism Is So Unattractive to ..."
"Excellent response.The Bible she reads is different from the Bible that was used for over ..."
LiberalsLie Why Catholicism Is So Unattractive to ..."
"Eusebius (4th c.), considered to be the authoritative historian of the early church, says this: ..."
Mark Albrecht Was Peter the First Pope?
"All of those are in the Oregon Catholic Press hymnals. Perhaps you need a new ..."
Theodore Seeber Why Can’t We Do Catholicism Well?
Browse Our Archives
Follow Us! 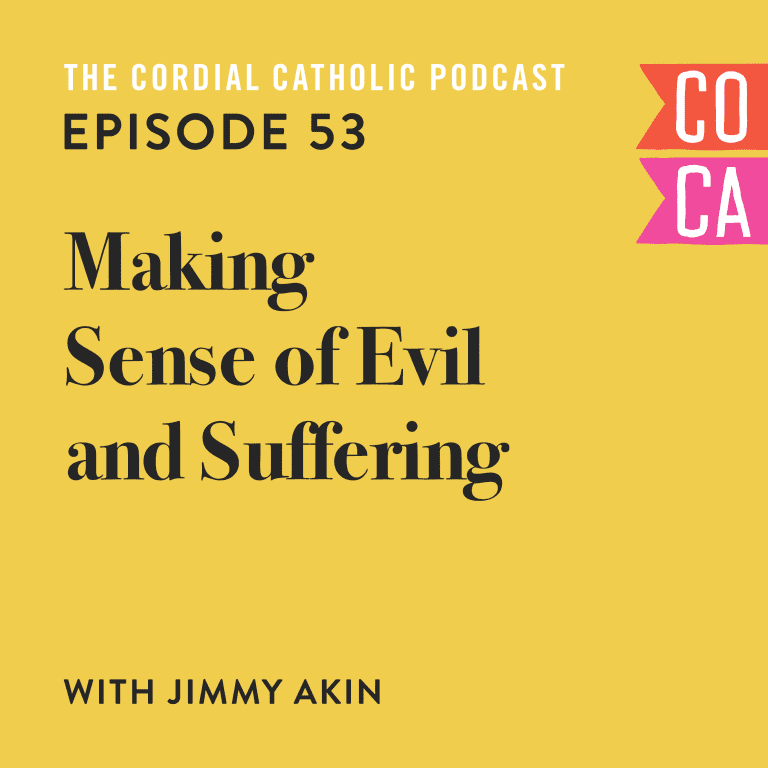 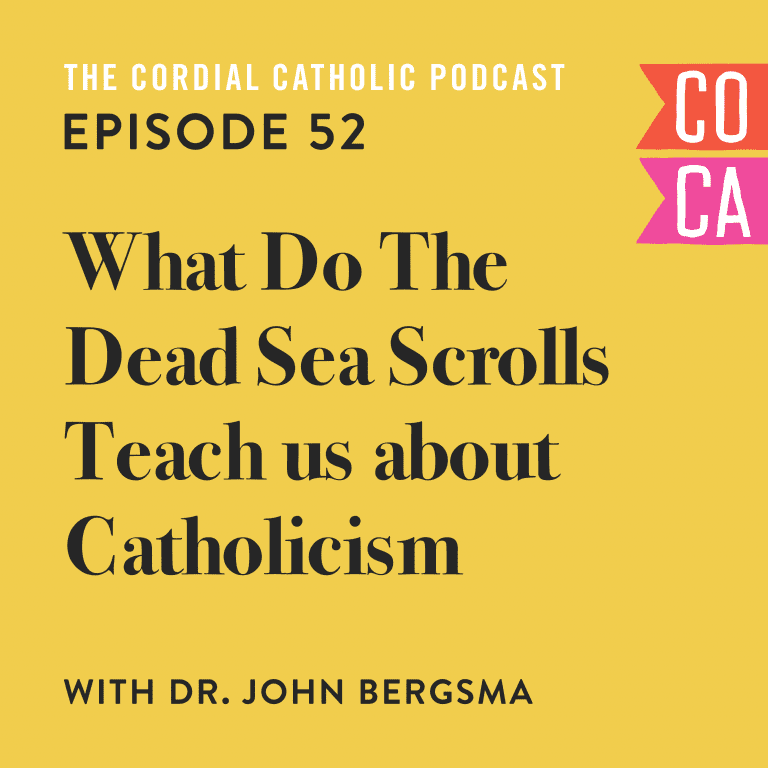 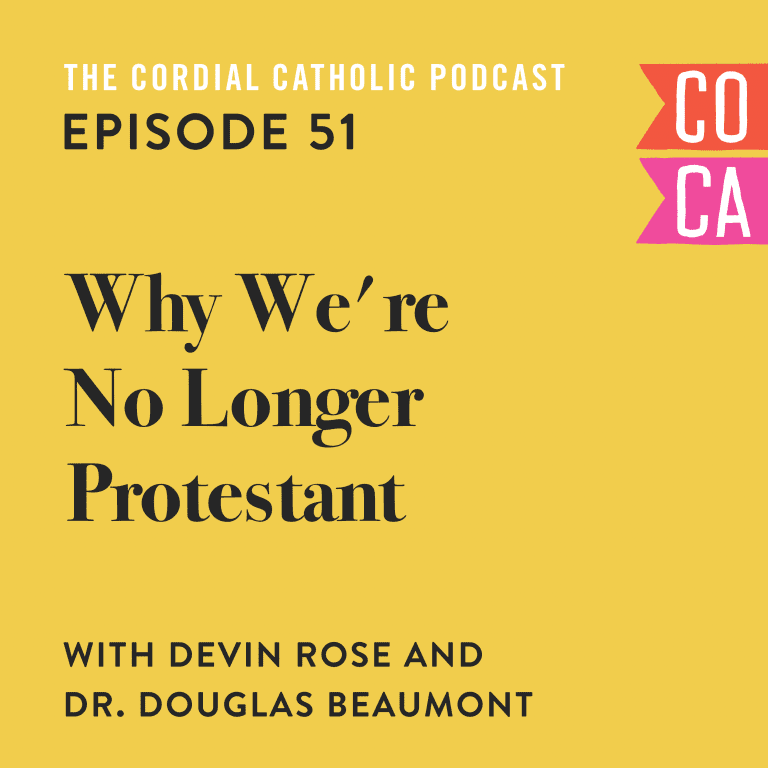 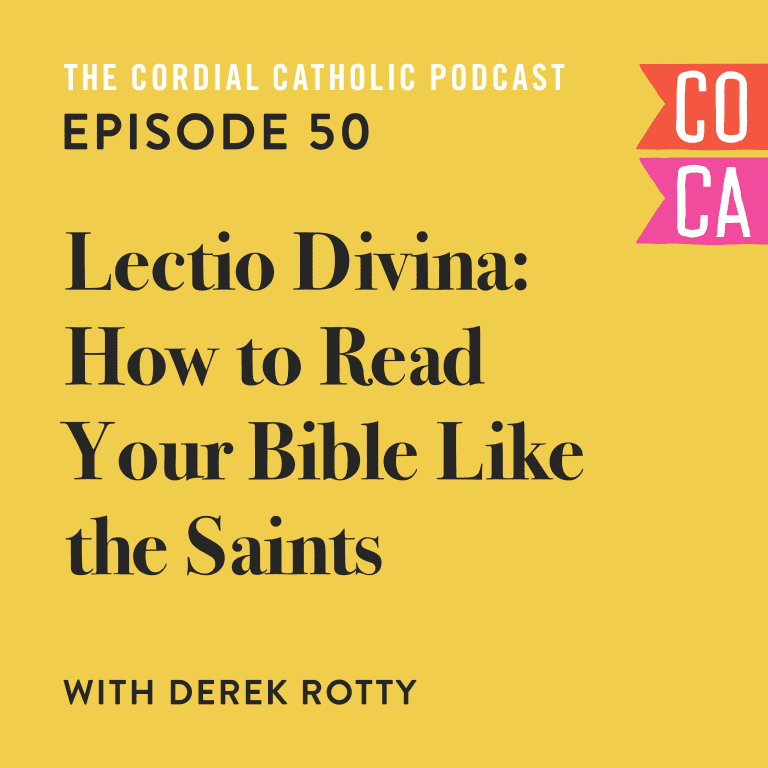