When Jesus Said, “This is my Body,” He Meant It

As a Catholic, I believe that Jesus is really present in the Eucharistic elements.

That is to say, I believe that through a genuine miracle, which happens at every Mass, the bread and the wine become Jesus’s real flesh and blood—while still appearing to be bread and wine (and that’s part of the miracle).

Does this sound crazy?

As a Protestant, I believed that the Lord’s Supper—Communion—was a memorial feast. It was a commemorative ceremony we celebrated as a church or small group of believers to remember Jesus’s once-and-for-all sacrifice. I also believed that when Jesus said, “This is my body,” he was speaking metaphorically and instead meant, “This represents my body.”

But I changed my mind; I’ve come to believe differently.

Jesus wasn’t instituting a mere memorial feast, He was giving us His real flesh and blood.

Jesus wasn’t simply asking us to do something, once in a while, in memory of Him. He was giving us a gift.

When Jesus stood in front of his followers and said, “This is my body,” I’ve come to believe he meant it.

The Early Christians Knew It

St. Ignatius, whose writings are amongst the earliest we have after the New Testament epistles, wrote,

Consider how contrary to the mind of God are the heterodox in regard to the grace of God which has come to us. They have no regard for charity, none for the widow, the orphan, the oppressed, none for the man in prison, the hungry or the thirsty. They abstain from the Eucharist and from prayer, because they do not admit that the Eucharist is the flesh of our Savior Jesus Christ, the flesh which suffered for our sins and which the Father, in His graciousness, raised from the dead.

St. Justin Martyr, one of the earliest Christian apologists, writing around 148AD wrote,

…but as Jesus Christ our Savior being incarnate by God’s Word took flesh and blood for our salvation, so also we have been taught that the food consecrated by the Word of prayer which comes from him, from which our flesh and blood are nourished by transformation, is the flesh and blood of that incarnate Jesus.

And, St. Irenaeus around 180AD wrote,

The witness of the earliest Christians is unanimous and shockingly clear: in Communion, the Eucharist, we receive Jesus’s flesh and blood.

When Jesus said, “This is my body,” he meant it literally.

The second convincing piece of evidence for Jesus being present in the Eucharist was, ironically, our Lord’s very words—-and the remarkable reaction of those that heard him.

The episode unfolds in the Gospel of John and I’m sure you know the story. After miraculously multiplying food for a crowd of thousands (an obvious and symbolic foreshadowing) Jesus delivers what’s known as the “Bread of Life Discourse.”

As an evangelical Protestant I heard this discourse explained as Jesus speaking metaphorically, but as I dug deeper, I was left wholly unsatisfied.

Because Jesus gives no indication He’s speaking in metaphor.

And because of the important reaction of the crowd.

Remarkably, many of Jesus’s followers question His teaching, they mutter and they complain, and they leave.

And Jesus makes no attempt to call them back, to explain, or to clarify.

Even to the disciples, to whom He often explained Himself, He makes no attempt at clarification.

In fact, and instead, Jesus goes so far as to challenge His disciples saying, to paraphrase, “This is a tough teaching, do you want to leave as well?”

Jesus does not clarify because, I’m convinced, He meant what He said—and He meant it literally.

And, like I’ve said, this is what the first Christians believed too.

The Christian Church Knew It

Finally, I’m convinced of the real presence of Jesus in the Eucharist because of the witness of the whole of the Christian Church for 1,600 years.

Incredibly, until the Protestant Reformation in the 16th century, Christians were unanimous in their belief that Jesus was present in the Lord’s Supper. Even the Eastern Churches, split from Western Christianity around the year 1,000, maintained this very same belief in tandem.

While many of the early Protestant Reformers believed, and wrote strongly, for Jesus’s real presence in the Eucharist, some, like Huldrych Zwingli, argued in the public square that the Communion elements were merely symbolic.

Remarkably, however, the Christian Church was unanimous in support of Jesus being really present in the Eucharistic elements for 1,600 years and while Zwingli certainly had his fair share of arguments in his favour, and his own theological bent, what he was proposing was a break from what had always been believed.

Incredibly, if Zwingli was right about Communion being merely symbolic this meant, in turn, that the whole of the Christian Church had been wrong for 1,600 years.

I was, as an evangelical Protestant, a product of the Reformation even if I didn’t know it. I stood on the shoulders of a theology whose origin I hadn’t fully understood when I accepted Communion as symbolic.

But Jesus didn’t intend it that way.

Do My Beliefs About Communion Really Matter?

The Apostle Paul writes, extensively, on the importance of how we take the Lord’s Supper—and what we believe about it. He writes about the very real spiritual dangers of taking Communion in an unworthy way—especially of the importance of satisfying any grudges you have against your fellow Christians before taking part. We see this, as well, reflected in the writings of the Early Church Fathers.

Communion is a serious thing.

Even if, because of the erosion of time and our inherited theology, we don’t view it as such.

As an evangelical Protestant I balanced the evidence.

I didn’t know the Church was unanimous for 1,600 years. I didn’t know the Early Church took Jesus at His literal word. I didn’t consider the reaction of those followers in the Gospel of John who left Jesus after hearing His difficult teaching—and the absence of any kind of clarification on the part of our Lord.

I balanced this, in my estimation, against a theology that originated some four hundred years ago—which ignores the witness of the Christian Church up until the 16th century, and the most logical interpretation of Jesus’s words.

I re-evaluated my stance on what exactly was happening in the Eucharist, and what Jesus really meant to institute, and I changed my mind.

The conclusion I came to was shocking, and the rest is history.

This article was originally published on my personal blog in April 2015 as “Why I Changed My Mind About Communion.” 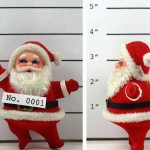 December 24, 2015
My First Christmas as a Catholic
Next Post 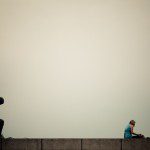 December 30, 2015 The New Year's Resolution Every Catholic Should Be Making
Recent Comments
0 | Leave a Comment
"There is no one Church that is the Church of the Apostles in Faith and ..."
Artistree Is Your Church the Church of ..."
"In all the epistles there is no mention of a historical Jesus.Paul consistently refers to ..."
Sandy Plage Was Jesus a Myth? How to ..."
"Yes, Christianity has a history that is far from unilinear or unidirectional. That is true ..."
Daniel Liechty Would the Early Christians Be Welcomed ..."
"The Question is: "Would early Christians be welcomed by Evangelicals?" My Observation: Probably not."
Kyllein MacKellerann Would the Early Christians Be Welcomed ..."
Browse Our Archives
Related posts from The Cordial Catholic