It Struck A Chord: The World Vision Controversy

Eight days. It’s taken me eight days to be able to pray and push through my feelings enough to be able to write about this. It’s only this morning that I really was able to articulate my thoughts about World Vision announcing their decision to hire LGBTQ Christians and their subsequent reversing of that decision.

For those of you who haven’t had the chance/inclination/etc. to read the stories linked above here is the abridged version. World Vision USA, a Christian charity focused on globally aiding impoverished children, released a statement noting they would begin employing Christians in legally recognized same sex marriages. In noting their position as a parachurch organization, they hoped to defer theological challenges to churches and denominations, so that they could unite Christians across a broad range backgrounds in their mission to serve the poor.

Backlash from Evangelical Christians was brutal. In a short amount of time thousands of children lost their sponsorships and while those in support of the policy change tried to bridge the gap, World Vision USA recanted their statement with their president Richard Stearns stating the following:

“Rather than creating more unity [among Christians], we created more division, and that was not the intent.”

My challenge with this situation lies in the pastoral and denominational response, not so much with World Vision USA.

I prefaced this with letting y’all know I prayed before I chose to speak so here are my thoughts.

I am absolutely SICKENED and PROFOUNDLY DISAPPOINTED in the Church’s response to this attempt at a policy shift. I believe that the charity’s statement on its hope to promote unity was sincere and felt that sincerity in reading their original statement. It struck me as honest, open and progressive in its desire to make all of us who profess Christ feel like we could sit at the table and talk about working for the good of others. Denominationally, we hold different beliefs and I think they were trying to offer an olive branch to the half of the Body who supports same sex marriage, whether that support be ideological or political in nature.

Regardless of their reasoning, the protest by Evangelical Christians has done irrevocable harm. I wept reading the comment streams on articles and blogs because people are vocalizing how this (yet again) stands as as reminder that Evangelicals think grace is available for everyone except for homosexuals. There were people who rejoiced because they finally felt acknowledged or at least less hated by this sect of the body. Two days later those people were heartbroken because not only did Evangelicals protest, they were literally willing to take the food out of starving children’s mouths to prove their point.

What about that says Christ in any way?

How would anyone feel if you said we so disagree with you that we will wound the vulnerable to tell you that you aren’t welcome? How will anyone see the need for Jesus if this is his very public face, one who will hurt the ones he said to stand for to prove a point?

THAT is not Jesus. THAT is not behavior that a Jewish carpenter who fulfilled prophecy and offered YOU and I a chance to enter a relationship with God through grace would support. He said:

I am willing to discuss with anyone how what took place between March 24th, 2014 and March 26th, 2014 to prompt a shift in World Vision’s statement was remotely loving.

It did not show love for the children who were stripped of sponsorship nor the organization that is trying to help them as they battle poverty.

It did not show love for the Christian men and women who could lend their God given talent to World Vision USA but are unable to due to their sexuality.

It did not provide an example of love for countless numbers of people who ascribe to varied faith traditions watching this unfold.

I’m at a point in my faith journey where sin doesn’t matter. We are all sinners. I will personalize this and say I, Alicia, am a sinner. I am broken and messy and have a litany of things that should keep me in a place where I don’t deserve a relationship with God.

And yet He loves me.

He loves me to death to grave to resurrection to the mountaintop and beyond. He sees my sin and draws me closer so that I can see him a little bit more clearly and allow for my character to look a bit more like his.

My prayer is that we, as a Body, learn to embrace the transformative love of Christ and reject anything less because it is a poor reflection on who we claim to represent. 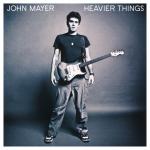 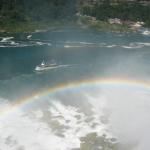 April 3, 2014 Lenten Reflection: God's in the Business of Redemption
Recent Comments
2 Comments | Leave a Comment
Browse Our Archives
get the latest from
Alicia T. Crosby
Sign up for our newsletter
POPULAR AT PATHEOS Progressive Christian
1