The myth of objective consciousness

In my last post, I wrote about Theodore Roszak’s critique of the Age of Affluence and its “treacherous parodies of freedom, joy, and fulfillment.”  Roszak’s The Making of a Counterculture was one of the important signposts on my early spiritual path.  I first discovered this book in my high school library and it was like the voice of Jeremiah shouting from the walls of Jerusalem.

In his book, Roszak described the Sixties counterculture as a reaction and a challenge to the “technocracy” and the “myth of objective consciousness.”  By the “technocracy” Roszak referred to rule of the so-called “experts” of science and technology.  The “rule” of the technocracy, however, does not consist of any form of coercion.  Rather the technocratic elite rules by our means of our acquiescence to the “myth of objective consciousness.”  Roszak explains that the prime strategy of the technocracy

“is to level life down to a standard of so-called living that technical expertise can cope with—and then, on that false and exclusive basis, to claim an intimidating omnicompetence over us by its monopoly of the experts.”

This is accomplished by “exploiting out seep-seated commitment to the scientific world-view”.

This is not a conspiracy theory.  Roszak does not imagine that a system of social control is being orchetrated in stereotypical smoke-filled back rooms.  He writes:

“So subtle and so well rationalized have the arts of technocratic domination become in our advanced industrial societies that even those in the state and/or corporate structure who dominate our lives must find it impossible to conceive of themselves as the agents of totalitarian control.  Rather, they easily see themselves as the conscientious managers of a munificent social system.”

How then was the Counterculture a challenge to the technocracy?  It did so by challenging the technocratic assumptions about the nature of man, society, and nature, and by attempting to effect a change in the consciousness of humankind.  According to Roszak, “The building of a good society is not primarily a social, but a psychic task.”  “The youthful disaffiliation of our time strikes beyond ideology to the level of consciousness, seeking to transform our deepest sense of the self, the other, and the environment.”  “The real meaning of revolution is not a change in management … but a change in man.”  Roszak summarizes: “Change the prevailing mode of consciousness and you change the world.”  Change it how?

“In order, then, to root out those distortive assumptions [which enable technocractic control], nothing less is required than the subversion of the scientific world view, with its entrenched commitment to an egocentric and cerebral mode of consciousness [what Roszak calls the “myth of objective consciousness”].  In its place, there must be a new culture in which the non-intellective capacities of the personality–those capacities that take fire from visionary splendor and the experience of human communion–become the arbiters of the good, the true, and the beautiful.”

The “myth of objective consciousness” is the objectivity of the scientist.  It enables us to subordinate nature to our command, but only by estranging ourselves more and more from that world.  According to Roszak, “objective consciousness is alienated life”.  Scientists “raise alienation to its apotheosis as our only means of achieving a valid relationship to reality.”  As a consequence of our wholesale adoption of this myth, our culture is dying of alienation.  We may gain the whole world, says Roszak, but lose our souls in the process.

The technocratic mode of existence views the world as a “standing reserve” (to use Heidegger’s term) of objects to be used by us.  Roszak writes: “Nothing we come upon in the world can any longer speak to us in its own rights … [They] have been deprived of the voice with which they once declared their mystery to men.”  Roszak contrasts this with an alternative mode of consciousness which is related to primitive magic and to Martin Buber’s pansacramentalism, one which addresses the world, not as an “it”, but as a “thou”.  The pansacramentalist sees the world not as a dead object, but as a place alive.  According to Buber: “Everything is full of sacramental substance, everything.  Each thing and each function is ever ready to light up into a sacrament”.

Roszak posits that there is an experience eludes the grasp of objective consciousness, one to which our entire human being reaches out for satisfaction.  This is not a supernatural world.  It is an experience of mystery, an experience of a “non-human dimension of reality which was not to be tampered with but to be revered”, which serves to “enrich the lives of men by confronting them with a realm of inexhaustible wonder.”

Roszak’s alternative mode of consciousness is “capable of embracing the vastness of those experiences which, though yielding no articulate, demonstrable propositions, nevertheless awake in us a sense of the world’s majesty”.  “When we insist that reality is limited to what objective consciousness can turn into the stuff of science and technical manipulation”, then our existence is diminished.  Roszak argues that we must rather open ourselves to the world so as to allow what is Out-There to enter us and to shake us.  This, I believe, is also the goal of Neopaganism.

It is at this point that many Neopagans or New Agers will begin to cite scientific findings like quantum entanglement to support the validity of these experiences.  But I think to do so falls into the trap again of relying on scientific theories to validate our experiences and the related trap of seeking an ultimately objective perspective.  It also is a huge logical leap from theories of quantum mechanics to human experiences of sacredness, wonderment, and reverence.  I would rather focus on human experience, and for that reason I think Roszak’s discussion of modes of consciousness is more helpful than trying to talk about “reality” as something objective and separate from our experience of it.

“In Life on the Mississippi, Mark Twain relates how sunset over the river had been an enrapturing experience, until he trained to be a riverboat captain:

‘[A] day came when I began to cease from noting the glories and the charms which the moon and the sun and the twilight wrought upon the river’s face. . . . Then, if that sunset scene had been repeated, I should have looked upon it without rapture, and should have commented upon it, inwardly, after this fashion:

‘This sun means that we are going to have wind tomorrow; that floating log means that the river is rising.’

“He goes on for some while, interpreting every detail he sees, and then wistfully concludes:

‘No, the romance and the beauty were all gone from the river. All the value any feature of it had for me now was the amount of usefulness it could furnish toward compassing the safe piloting of a steamboat.’

“That once-indescribable scene was now pregnant with highly significant information, but it was no longer spiritual. Sunsets had not changed, but Twain had.

“Conversely, sophistication can illuminate indescribable depths that the ordinary person is blind to. Consider this curious little quote from the mathematician R. W. Hamming:

‘I have tried, with little success, to get some of my friends to understand my amazement that the abstraction of . . . counting is both possible and useful. Is it not remarkable that six sheep plus seven sheep make thirteen sheep; that six stones plus seven stones make thirteen stones? Is it not a miracle that the universe is so constructed that such a simple abstraction as a number is possible?’

“Rather than transforming mystery into mechanism, Hamming’s mathematical sophistication allowed him to experience counting as something strange and wonderful.”

Over at Humanistic Paganism, B. T. Newberg has posted an excerpt of Ursula Goodenough’s The Sacred Depths of Nature in which she describes a similar experience.  She explains how her scientific understanding of the universe ruined the night sky for her by reducing it to “mere facts” (Newberg’s phrase) and drove her to nihilism.  Later, she discovered a sense of wonder at the mystery of it all and the universe became a sacred place to her again.

1.  An experience of the material world as alive in some sense, vital rather than inert.

2.  A recognition that the mechanistic view of nature is reductive.

3.  A sense of wonder and an experience of mystery in our encounter of the world.

4.  An experience of participation in or belonging to that mystery.

5.  An experience of intrinsic value or meaning in the world.

January 27, 2012
Treacherous parodies of freedom, joy, and fulfillment
Next Post 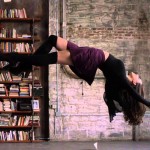