“Drawing directly from David Miller’s (a student of Hopper) three-fold conception of “theopoiesis,” I offer this similar three-fold understanding of theapoetics:

I found this intriguing, so I looked up Miller’s formulation of this three-step process and I found this quotation of Stanley Hopper by Miller:

“Another dimension in Zen recognizes movement in three steps:  the great doubt, a meekness about our customary egoist ways of seeing;  the great depth , a penetration into the abyss; movement through this brings us to the great wisdom.   I’ve used a similar formula:  the step back, so we can see the light under our feet ;  the step down, which is a movement into the deep self; and through the useful tension between these two, the step through into what they call the great wisdom.”

from “Stanley Hopper and Mythopoetics” by David Miller.  Miller goes on elsewhere:

“So, Hopper noted several things in summary: (1) When language fails to function at the metaphorical or symbolic levels, the imagination goes deeper, soliciting the carrying power or the archetype, translating the archetype from the spent symbolic systems into fresh embodiments; (2) What matters therefore in interpretation is the psychic depth which our modalities of identification achieve in imagination; and (3) Our theo-logic finally belongs to the realm of mytho-poetic utterance, hence, theo-logos is not theo-logic but theo-poiesis.

“One begins to sense the radical nature of this theopoetical understanding of the study of religion when Hopper outlines three moments of its anatomy in the essay on “Le cri de Merlin” and in The Chautauqua Lectures.  He reported in these works that theopoiesis is, first of all, a step back.” It is a step back from the metaphysical perspective of theologies of Western consciousness with their accompanying excesses: intellectualism, literalism, behaviorism, and supernaturalism. Paradoxically, this step back in understanding religion is aided by the experience of the failure of theology, a “failure” sometimes referred to as the Death of God.

“But the “step back” prompts a “step down.” As one is thrust backward upon the self, one also notices an inability to construe meaning. The bottom drops away, both psychologically and mythically, as in the Zen image of the bucket whose bottom must drop out. The resultant experience of darkness entails a suffering engagement with the unconscious. This darkness and its concomitant bottomlessness is requisite to and requires a third step, one which Hopper called the “step through.”

“The “step through” is a re-poetizing of existence. It is characterized by a profoundly and thoroughgoing poetic way of viewing. Hopper follows Philip Wheelwright in calling this view, not metaphoric, but “diaphoric.” It is not a “carrying across” of one thing onto another, but is a seeing through—diaphorically, diaphanously, diagnostically, diacritically. It not only means reading poetry. It means, especially, reading everything in life and work poetically. It does not mean stepping out of the depths through to anything else. Rather, it means walking through everything deeply, seeing through life deeply.”

from “Theopoiesis: A Perspective on the Work of Stanley Romaine Hopper” by David L. Miller.

I myself have experienced this three-stage process several times, to greater and lesser degrees:  It starts when I begin to doubt my overly-intellectual ways of knowing the world or when traditional symbols have lost their meaning for me, which doubt or loss has led me to “step back” or “let go”, rather than clinging tenaciously to the past certainties.  That step back leads to the bottom falling away and a descent to the abyss of unknowing.  Miller and Hopper describe this as a “step down”, but it feels more like an involuntary plunge.  And then, eventually, I find my way “through” the darkness, but this is not accomplished through logic, and it is not a return to the previous rationalistic certainties.  Rather, it is through myth and poetry that life takes on new meaning.  Life becomes “poetized” in this sense.  In a future post, I want to delve further into what I mean by the “poetizing” of life.

October 28, 2012 Lateral Transcendence: Toward Greater Compassion
Recent Comments
3 Comments | Leave a Comment
Browse Our Archives
get the latest from
Pagan
Sign up for our newsletter
POPULAR AT PATHEOS Pagan
1 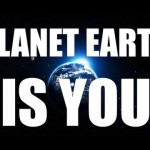