Power, Control, and Abuse in the Church

This morning I stumbled across a meme which colorfully displays a wheel of abuse.  It includes spiritual abuse, emotional abuse, psychological abuse, and other forms of abuse.  After spending 25 years in ultraconservative religious communities, I am truly beginning to discover just how abusive much of (not all) the Religious Right/Catholic Right has been for decades all in the name of “getting the people into heaven.”  Folks, if the tactics involve bucking medicine/science, gaslighting, abusing people, coercing votes, oppressing others, harming the vulnerable, marginalizing people, endangering lives, and even killing to achieve the goal of “getting them into heaven,” then it is not of God or of His love for humanity.  It also goes against core doctrines of Catholic Social Teaching and the Catechism of the Catholic Church (paragraph #2358) which are rooted in Tradition, Scripture (2000+ Bible verses) History, and Moral Doctrine, especially in the areas of the Sanctity of Life and the Dignity of the Human Person which are non-negotiable Catholic Teachings. 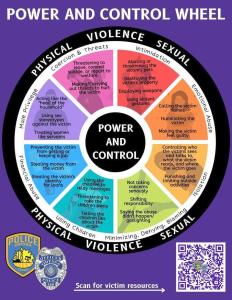 I need to say why I agreed with Patheos to remove the ability for others to comment at the end of my posts.  A few from the Catholic Right became so aggressive on most posts that I just didn’t have the strength to keep my faith, stay in the Catholic Church, and fight them off. So when Patheos reached out and offered to turn off commenting for my column, I agreed to make this change for my own spiritual health and the spiritual health of my family. One from the Catholic Right in particular “exercised his right to express his opinion” to the point of arguing on nearly every post and then introduced families like mine to the Episcopal Church while he and his own “rightfully stay Catholic” since our “less than” families are not “good enough.” This trad acted with more authority than the Pope who welcomes our families of atypical kids with love.

So in short, if you are in ultraconservative religious communities, and they do not respect your freedom within the Magisterium of the Catholic Church on issues like voting,  vaccinations, and they discriminate against marginalized people, then I would STRONGLY suggest moving where these communities are in alignment with the rest of the Catholic Church, Catholic Social Teaching, and the Pope. This small minority of trads (not all) want to exclude “the least of these” from the Church Jesus founded on the Rock of Peter and keep it all to themselves, just like the Pharisees.  And they will use any means possible towards racial minoritres, disabled people, neurodivergent people, chronically ill, and especially LGBTQIA+ people plus all of their families while bucking medicine/science, gaslighting, abusing people, coercing votes, oppressing others, harming the vulnerable, endangering lives, and even killing them through marginalization and legislative attacks.  Essentially, they will use any means possible to exclude them from the Church and society no matter how harmful. I can tell you from personal experience that those who think they are more moral, more worthy, and greater than the rest of The Normals and atypical Catholics while intentionally shutting others out are not in alignment with Christ and His Church.

November 21, 2022 MAGA Demonized Catholic AOC; Then she said, "There is Nothing Holy About........"
Browse Our Archives
Related posts from All Texans, Not Some Texans