“The New MAGA” Review and Update

Since the Texas gubernatorial election last week, I thought I would review, update, and restate some of my previous material from “The New MAGA.”   Until Trump’s ascent to power in 2016, I was a life-long moderate Republican, mainly over the abortion issue.  Our family was also in predominantly ultra-conservative faith communities until COVID hit. I never dreamed that I would watch the growth of fascism in my own state, within the US Catholic Church, and within our last faith community. Maybe fascism was part of these entities, but I didn’t realize it previously. I certainly didn’t think that I would change my party affiliation to Democrat.   Thank the Lord that my family attends a predominantly Hispanic cathedral here in San Antonio, Texas where the clergy is fully-aware of growing fascism, outside and inside the broader Catholic Church.

Here is the material from my previous “The New MAGA” piece with an update underneath Video One and Video Two. 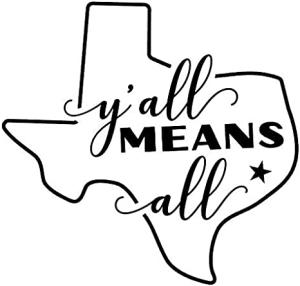 Yes, these Texas moms in this video are speaking the truth. Please watch the first video, and then read my comments underneath it.

The Texas moms in this video addressed these issues that Gov. Greg Abbott and Texas politicians have failed to do or have done to Texans.
I added a few extensions of my own knowledge.
Texas politicians (I say mostly Republican)…….
1. Fail to fully keep our Texas ERCOT Powergrid alive and well-maintained resulting in dangers and even many deaths
2. Remove some key racial history curriculum from Texas classrooms and ban a variety of books, including books by Black and LBGTQ authors
3. Make it legal to buy a gun without a permit and openly carry it
4. Place a $10,000 bounty on anyone who helps a woman get an abortion, essentially criminalizing abortion
5. Legislate against good and loving parents of transgender children and their transgender children while fighting against mainstream science and their children’s doctors

6. Fought against mask and vaccine mandates during the worst pandemic in over 100 years resulting in nearly 90,000 deaths, almost 10% of the total US COVID death toll

After discussion of the key issues from the first video, we then laughed at the overreach Greg Abbott is now taking in women’s healthcare although it is no laughing matter.

I believe that the current legislative actions of some Republican Texas politicians are now falling in alignment with fascism. According to Encyclopedia Britannica
and The Washington Monthly, I summarized these primary traits of fascism.

1. sources and capitalizes on economic woes and anxieties
2. shifts political blame on to scapegoat groups like minority groups, the Democrats,
immigrants, and other groups while taking away blame from where it belongs, on the leadership
3. propagates extreme nationalism going hand-in-hand with racism and militarism
4. a melding of church and state when there should be a separation
5. subjugation of women and sexism
6. a disdain for human rights except those of the elite
7. obsession with crime and punishment
8. identification of enemies as a unifying cause for political action

9. disdain for intellectualism, science, history, and the arts
10. control of different types of media, including books
11. rampant cronyism and government corruption
12. attempt to control elections, like through voter suppression

As I review that traits of fascism above listed under the Title “Video Two,” I don’t think any of the fascist traits have improved in Texas.  I think #5, #6, #7, #9, and #12 are worse. If you are not already praying for Texas, please pray for our state.

November 15, 2022
Recommitting My Platform for Life, Family, and Health
Next Post

November 17, 2022 Power, Control, and Abuse in the Church
Browse Our Archives
Related posts from All Texans, Not Some Texans 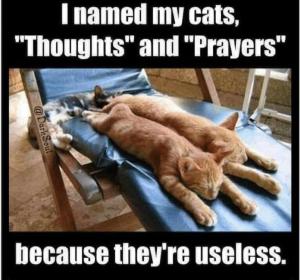