Everyone has been talking about the controversy surrounding Lowe’s Hardware stores pulling their advertising from TLC’s “All American Muslim” reality TV show, because of the email campaign from Conservative Christian “Florida Family Association.”

But besides the few email complaints to Lowe’s or signing of petitions online, there hasn’t been much creative response from the Muslim-American community.

That’s when the comedic duo, Rizwan Manji and Parvesh Cheena (of “Outsourced”), along with writer/director Gregoy Bonsignore decided to take matters in their own hands and create the fake ad, “The Un-Aired Lowe’s Commercial.”

We got to talk to the three about why they made the video and what they thought of the controversy about the show.

Why did you guys produce this video?

Rizwan: Myself, Greg and Parvesh were sitting around Parvesh’s place talking about this whole Lowe’s situation and I kept seeing all the reaction all over Facebook and Twitter.  So we thought, as artists we can use our creativity, to make a funny video which makes a point about a greater issue. So within an hour of coming up with the idea, we went down to Lowe’s and started filming it!

Gregory (Director of the video): We wanted to do a satirical piece to show the type of “stereotypical scary” Muslims which the Florida Family Association are so concerned are not being shown on the TV program.  The video was shot on multiple iphones, in case we got kicked out of the store quickly.

Have you guys watched “All American Muslim” and what do you think about it?

Rizwan: Yes, I have seen it and like it.  It’s a typical reality show which shows the daily lives of people and I have been to Michigan before to shoot a film.  It’s an accurate portrayal of the people there, who are very friendly and I enjoy the show.

Gregory: I have watched it and although its format is not very unique, it’s subject – Muslim-Americans is what makes it interesting. It shows that Muslims now have their own reality show like other groups about suburban life in America.

Parvesh: ALL-AMERICAN MUSLIM seems harmless. Please. Everyone is the same. We are all Americans. Sheesh.

What do you guys think of the reaction from groups such as the Florida Family Association and Corporations such as Lowe’s who have pulled their advertising from “All American Muslim”?

Gregory: I’m not really surprised with the reactions and totally bigoted response from some of the public, because there is not enough education about Islam in America.  But for a corporation like Lowe’s to react in the way they did, is totally unacceptable.

Rizwan: The biggest shock for me was that Lowe’s sent a letter to the Florida Family Association thanking them for pointing out the concerns of the show and asking them to pull their advertising.  It’s not okay that they caved in this way.

Parvesh: Lowe’s pulling their spots is silly and just so dumb and really foolish for a major company. I liked Lowe’s. I used to love their ads that added the letter T to the end which became Lowe’sT. Ha. Bad Lowe’s. They should apologize!

Do you think there is any correlation with how “Outsourced” was cancelled and the reaction that “All American Muslim” is getting, that the American public is not ready to see different ethnic and religious groups on TV?

Rizwan: There was also a loud and vocal minority who expressed some hatred about Indians and having a show like “Outsourced” on mainstream TV.  There were also some facebook hate groups and websites which made threats against us, but I don’t want to be pessimistic about it.  It was only a small, yet vocal, minority. We did not get any advertisers pulling ads from “Outsourced” and there was a good amount of viewers, but we just ran out of time to increase our viewership.

Parvesh: OUTSOURCED getting pulled doesn’t really have any racial correlation, In my opinion. We just got bad ratings when they moved us to 10:30pm for a show that became popular with families. Bad scheduling killed the show but we gotta move on.

Gregory: As a writer and director myself (Greg was a writer for the show “Lie to Me”), I feel that TV tends to normalize things.  From past shows which had African-Americans and women early on, it helps the viewers to get to know these different types of people which they may not normally get to interact with. I believe it’s important for more shows about Indians, Arab-Americans and Muslims to be on mainstream TV.  We are currently working on a TV pilot about a Muslim American family which we are pitching to producers and hoping to get into development soon. 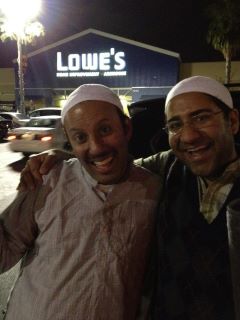 December 8, 2011
Zaki Hasan: The Grandmaster of Geekdom
Next Post

January 16, 2012 Review of 2012 Golden Globe Winner (and Emmy) for TV Drama: "Homeland"
Recent Comments
0 | Leave a Comment
Browse Our Archives
get the latest from
Al Mihrab
Sign up for our newsletter
POPULAR AT PATHEOS Muslim
1 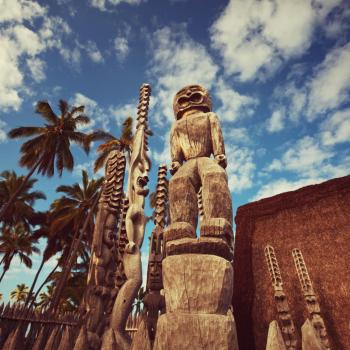