An American Ramadan, Circa 1955 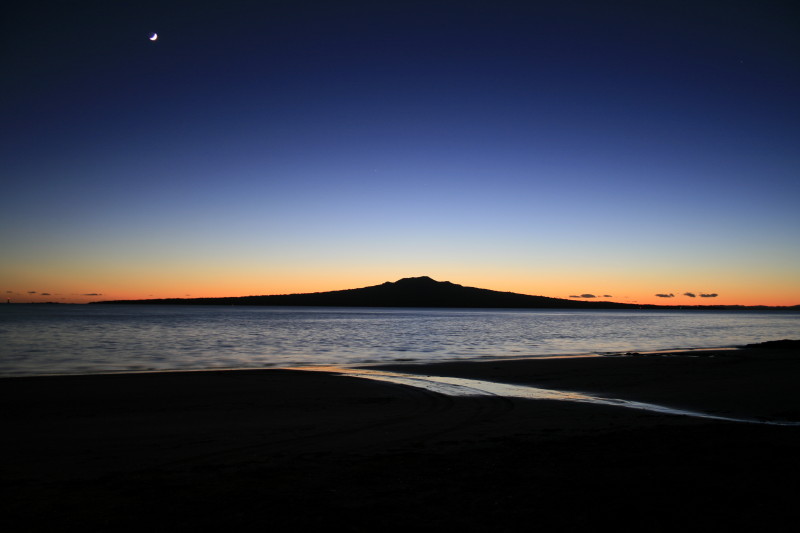 Does the first experience of Ramadan begin the same for everyone? It all depends on the time and where this all takes place. Consider the time to be during the year 1955 or early 1956, and the place was Oakland when I experienced my first month of fasting. I don’t remember for sure just what time of year it was since time has elapsed.

The ordinary calendars said nothing about when Ramadan should begin. There was very little printed literature available, except what I received in the mail from well-wishers in Africa and the Fiji Islands. Even once in a while I would get something from India or Pakistan, but they only said that the month of Ramadan was somewhat close to some equivalent month on our American Calendars. There were “Turko Tartar” community members here in the Bay Area and they had a calendar with the important Muslim holidays printed on it. Since they were some of the founders of the Islamic Center of San Francisco, we followed their advice and learned what day Ramadan would begin.

Fasting should begin just before dawn appears. When is dawn? I learned that dawn appears when you can see the difference between a white thread and a black thread in the normal light from the sky. We had a midnight snack and wondered if that would hold us during the next day. We got up again and drank some juice and decided that dawn must soon be approaching. My wife and I dutifully produced the two threads and got up real early on the day Ramadan was to begin. We held the threads in front of our eyes and kept on trying every few minutes until we could decide which thread was which and then therefore Dawn was upon us.

It was still real early in the morning and it happened to be a weekend so I didn’t have to go to work. We hardly slept that night and we didn’t know how we would spend the day. The logical thing to do was to take a nap and get up again at a reasonable time. It was probably during the late morning when we got up and soon my Brother-in-Law, Abed Imam, came to our house. He really wasn’t my Brother-in-Law just yet because we hadn’t yet introduced him to my wife’s Sister Nazira. He greeted us nicely as he always did and then he noticed a box of chocolates on a side table. He said they look good and he reached into the box and popped a chocolate into his mouth.

We were astonished because he had been advising us all along about how we should handle the month of fasting and look what he just did! He saw our astonishment and began to laugh. That’s when he told us that Ramadan won’t begin until tomorrow. He followed a different set of guidelines during those days which involved contacting the people ‘back home’. We regarded that morning as a practice session and repeated the ordeal again the next morning. He has since recognized that we determine the month by what we call “local” moon sighting, without regard as to what the moon looks like on the other side of the world.
What do we do while we are fasting? We supposed that the day just goes on like it did before without the joy of having a sip of water any time we wished. Or perhaps a stick of gum so we could fool ourselves that we were eating something, but in fact, we would never swallow the gum. As it turns out, there is some flavor in the gum which would void our fasting efforts, that small taste would spoil the day. Several times, something would frustrate me and ordinarily, a few puffs on a cigarette would put me at ease. I soon learned to not keep those temptations in my pocket because that situation happens all too often during the day.

I had a habit of driving to the beach in San Francisco nearly every evening in order to jog a couple of miles in the sand. This month should not be an exception since we don’t need to change our style of living just because of fasting. One day was enough. My return trip of jogging enabled me to only spit cotton, or so it seemed. I carried a can of juice with me to break my fast because this was an end of the day thing that I tried to keep up. While driving home, I realized that one small can of juice was not going to be enough for me so I pretended that I was still fasting until I arrived at home. Water sure tasted good.

This was the time that my wife Ramiza concentrated on making Indian food for me. She would make fresh chapatis and daal along with some salad to have just before Fajr (pre-dawn prayers) time in the morning. After sunset, it was time to eat a “normal” meal again. Once more we were back to an Indian diet. I’m not sure why, but the month of Ramadan was a month of gaining weight for me. That’s seems to be what happens when you eat or drink nothing during the day.

After the last day of Ramadan, it was time for Eid prayers, that was a new awakening for me because I was surprised how many Muslims there were. On the morning of Eid-ul-Fitr (Feast of Breaking the Fast), we nearly filled up the room that we rented. There must have been well over a hundred people lined up for prayers. We had this chance to meet several families from different countries. We were invited to visit one family after another during the day. We went to one home to have some tea and sweets and then proceeded on to the next home. This was something they have all done before in other countries and it was how we met lasting friends.

Historically, we could perhaps benefit by practicing by what the Turco Tartars did, they established an annual calendar so we could plan in advance what day to begin fasting and what day will we have for Eid celebration. We at least know what minute dawn appears and what minute we may end our fast. Perhaps we can extend that preciseness to what day the month of Ramadan shall begin and end.

Mertze Dahlin was born in 1932 in the Upper Peninsula Michigan of Swedish and Finnish heritage. Becoming a Muslim was a gradual occurrence as he became acquainted with people of different faiths while serving as a Medical Technician with a rank of Private First Class in the U.S. Army. His wife-to-be introduced him to the faith and he formally accepted Islam in 1955. He was one of the founding members of the South Bay Islamic Association in 1978 and also served as the President of the mosque in San Jose, CA.  He is now retired and volunteers at several museums and veterans organizations in the Bay Area. He can be reached via email at mertze@hotmail.com 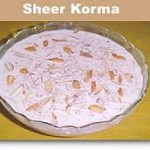 August 18, 2012 EID Day Recipes - Enjoy!
Recent Comments
0 | Leave a Comment
Browse Our Archives
get the latest from
Al Mihrab
Sign up for our newsletter
POPULAR AT PATHEOS Muslim
1

The Story of Jesus: The Man...
The Muslim Monad
Related posts from Al Mihrab