If you wish to discover the real spirit of Indonesia, you need to look beyond the beaches and nightclubs of Bali. You also have to look beyond the traffic jams of Jakarta or the art deco conference halls of Bandung. Indonesia’s real cultural and spiritual heart is Jogja.

Like their Aussie neighbours in the global village, Indonesians love to abbreviate names. “Jogja” is the shortened name for Yogyakarta, the historical capital of an old Javanese Sultanate and the hub of ancient and modern Indonesian culture.

But, as a result of the recent earthquake, large parts of Jogja and surrounding villages have been transformed into hills of rubble. At the time of writing, the death toll has climbed well over 5,000.

Visiting the City of Soul

In January this year I was part of a delegation of five young Australians on a leadership exchange program sponsored by the Australia Indonesia Institute (AII). We spent almost a week of our 14-day tour in Jogja. (Currently, a number of young Indonesian leaders are visiting Australia, including at least one with family in Jogja.)

During our pre-trip briefing by AII officials, we were told we’d probably find Jogja more laid-back compared to the rush of the capital Jakarta. Jogja is a university town, with over 50 institutions of higher education. It is also a place of fine arts, culture and music.

By day, the streets outside the universities and in the heart of town are filled with food stalls. By night, the food stalls become tent cities where locals and tourists sit on the ground to savour the local culinary delights.

Our delegation dined in one of these tents one night. We were entertained by a small group of buskers consisting of a guitarist as lead singer and two backing vocalists, playing and singing everything from the Beatles to Bon Jovi.

One City, Many Faiths

Jogja is a progressive and open-minded town. Transsexual musicians openly walk the streets even during the day. Our delegation visited a private university managed by Protestant Christians and catering for Jogja’s large Christian community.

A large number of NGO’s operate in Jogja. Among them is Interfidei, an organisation managed by people of all faiths devoted to promoting religious tolerance. An Interfidei t-shirt shows a young child asking the question, “Mummy, what is God’s religion?” One Muslim Interfidei activist told us of her project to have Indonesia’s tiny Jewish community receive official recognition by the government of this, the world’s largest Muslim country.

We also visited an NGO managed by Muslim women’s activists. Called the Rifka Annisa, the organisation runs a crisis centre and refuge for women and children who are victims of domestic and other violence.

The workers of Rifka Annisa educate and lobby governments, judges, religious organisations and community leaders on issues relating to violence against women. Their crisis centre provides counselling and support services to women of all faiths and from all sectors of Jogja society.

Rifka Annisa workers told us of their most painful work in Jogja’s red light district. They told us of otherwise religiously observant women of all faiths forced by poverty to become sex workers, either on the streets or in brothels. Many such women suffer violence at the hands of clients including a large number of foreign tourists.

During our Q & A session, I asked the Rifka Annisa workers whether they faced resistance from conservative sectors of Indonesian society. One told me: “If we were in Jakarta or elsewhere, that might happen. But Jogja is different. People here aren’t afraid of reality.”

Perhaps the most awesome experience was watching a ballet of the ancient Hindu epic known as the Ramayana. The ballet was performed in a small auditorium in the shadow of an ancient complex of Hindu temples. Part of the temple was damaged in the recent earthquake.

The Ramayana is the story of an Indian prince Rama whose wife Sita (or “Cinta” in Indonesian) is kidnapped by a demon Ravana. Rama fights Ravana with the assistance of an army of monkeys and rescues his princess.

The birthplace of Rama is a North Indian town known as Ayodhya. This has been the scene of bloody rioting between Hindus and Muslims after a mosque there was destroyed by Hindu extremists in 1992.

The Ramayana story may be the basis for rioting in Lord Rama’s birthplace. But in the city of Jogja, Muslim artists regularly perform the Ramayana ballet in the shadow of the city’s Hindu temple and to a mostly Muslim audience.

The Followers of Muhammad

And in case anyone thought Jogja was just a place for Muslims to celebrate Hinduism, it is important to note that Jogja was also the place where the orthodox Muhammadiyah movement was founded in November 1912.

The movement was started by Shaykh Ahmad Dahlan in the humble Kauman district of Jogja. Its emphasis was on al-Maun, a concept of small kindnesses expressed in Chapter 107 of the Qur’an. The Shaykh taught his young students this chapter of the Qur’an repeatedly, telling them that the essence of Islam is to serve and care for others and to be aware of the needs of the broader community.

Shaykh Dahlan established this small movement, hardly 3,500-strong at the time of his death in 1923. Today, it has a membership of over 29 million, making it one of the largest Islamic organisations in the world.

The vibrant, progressive and lively city of Jogja is now overcome with grief following the massive loss of life from the recent earthquake. Yet for anyone who has spent time in Jogja, it isn’t hard to imagine this cultural heartland of Indonesia reviving itself from amongst the rubble.

Yet this revival needs our help. A number of aid agencies are already working in Jogja. These include Islamic Relief and local Indonesian organisations. Our prayers should go to those who are left homeless and have lost loved ones. But prayers need to be combined with hard cash.

One Australian Dollar equates to some 7,000 Rupiah. We are fortunate that even our spare change could make a world of difference to the inhabitants of Indonesia’s City of Soul.

June 1, 2006 Islam in Germany: Mosques with foreign flags
Recent Comments
0 | Leave a Comment
Browse Our Archives
get the latest from
Muslim
Sign up for our newsletter
POPULAR AT PATHEOS Muslim
1 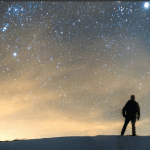