Musician Yoriyos: So, Mr. Islam has a new album out…

Before famed musician and Muslim activist Yusuf Islam released his long anticipated and well received new album An Other Cup this week, he remarked how he was inspired to pick up the guitar again four years ago after his then 17-year old son, Muhammad Islam, left his where he could see it. Since then, Yusuf has made his full transition from a tentative post-9/11 live performance of Peace Train at a benefit concert, to the full musical embrace (Cat Stevens-era collaborators included) we see today.

While all the attention has (deservedly) been on Yusuf’s resurgent career, what ever became of the son (and his guitar) that brought him back to music? The Islam brood (he has five children) has generally been afforded a degree of privacy, presumably attending their father’s groundbreaking Islamic primary schools and following his spiritual and activist path.

However, in the four years since Muhammad lent Daddy his guitar, he has transformed into a proper musician in his own right, following in footsteps perhaps his father or others couldn’t have imagined. Casting his musical alter ego as Yoriyos, he has sought to establish himself until now without too much attention to his musical pedigree, building up a debut album, Bury My Heart at Wounded Knee on his own Rarechords record label and scheduling it for release on November 27th.

While the dichotomy itself is interesting, the musical result from Yoriyos is accomplished and, quite frankly, gorgeous. The elder Islam has built his new album around devotional themes, drawing on Middle Eastern rhythms, Sufi mysticism, and a more explicit reference to Allah and his prophet (essentially, an end to the Cat Stevens-era searching). Yoriyos, on the other hand, has hitched his musical wagon to the best of the new indie-folk movement, evoking more Sufjan Stevens than Sami Yusuf, more Badly Drawn Boy than Zain Bhikha. Wounded Knee draws on Native American themes and is far more elliptical and evocative than his father’s recent work, and yet sedate and pensive as well. In terms of image, while Yusuf is shown in promotional photographs with his trademark Caesar haircut and distinguished long beard, Yoriyos appears for all the world like a semitic Nick Drake, with shaggy long hair and a deep gaze.

It’s likely that Yoriyos, now that the work for his debut has been completed, never intended for his lineage to be a well-kept secret, dropping hints on his MySpace page (where sample tracks can be downloaded) and his slick website. While this direction could be problematic for some Muslims today who take a dim view of Western music, Yoriyos talent and young age may still chart a course for even brighter things to come.

Intriguingly, Yoriyos covers one of his father’s songs from the just released An Other Cup (In The End) on Wounded Knee, a more explicit passing of the musical baton and a nod to his father’s influence, an influence that came full circle when Yusuf picked up his son’s guitar four years ago. “He brought a guitar back into the house and was writing songs in his bedroom,” says Yusuf. “I had no idea he was doing it or that he was so talented.”

Zahed Amanullah is associate editor of altmuslim.com. He is based in London, England.

November 15, 2006
Entertainment: Vince McMahon lives in my mosque
Next Post 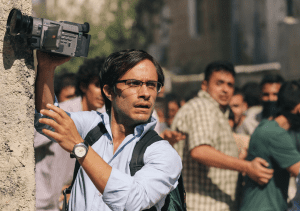 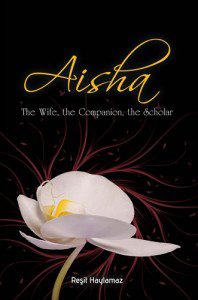