Education: A motor of change for Saudi Arabia

Millions of Muslims have recently returned from hajj, the pilgrimage to Mecca, Saudi Arabia, the birthplace of Islam. Every year, Muslims from around the world, and with every kind of background, converge on this city, resulting in an amazing display of diversity. In many ways, the hajj is an experiment in ethnic and gendered pluralism.

While many of the pilgrims return to their home countries with a heightened sense of love for humanity, another sort of social experiment is working to increase respect for diversity in Saudi itself. The King Abdullah University of Science and Technology (KAUST), located on the Red Sea in Thuwal, which opened in September 2009 with a $10bn endowment, is one of the first concrete signs of movement down the path of modernisation through liberal education. The university had long been a dream of Saudi Arabia’s King Abdullah bin Abdulaziz, who wants to transform the country into a knowledge-based society. What the establishment of the school shows, though, is that progress cannot happen merely through building a school or other outward signs of modernisation – it also requires constructive conversation and scruntiny of serious human rights violations, including a total lack of religious freedom and free speech.

King Abdullah began the school as part of the Tatweer project, when the spiral of violence after 9/11 forced Saudi’s leaders to reexamine their society. A close study of the country’s school system by Saudi professor Mohammad Zayed Youssef revealed that dialogue and respect for religious difference – whether directed towards non-Muslims or Muslims with different interpretations of Islam – was missing.

With these results in mind, King Abdullah launched the Tatweer programme as an educational reform body independent from the country’s ministry of education in 2006. The programme’s goal is not only to see more students graduate prepared for jobs but also to create a citizenry that is open and able to deal with religious differences – and less likely to harbour extremism.

Tatweer reform involves changing school curricula throughout the country to include more open debate and discussion as opposed to rote memorisation. Yet, as Kelly McEvers’ Slate.com article “Changing the Way Saudis Learn” reveals, little has changed in Saudi Tatweer schools. Even while students are encouraged to look at varying perspectives on any given issue, the understanding is always that the final – and in other words, correct – point of view can be found with the kingdom’s senior clerics. Moreover, Nina Shea’s 2008 study of Saudi curricula shows that hatred of the non-Wahhabi continues to permeate public school textbooks from first-grade on, teaching students that “It is forbidden for a Muslim to be a loyal friend to someone who does not believe in God and His Prophet,” and “True belief means … that you hate the polytheists and infidels but do not treat them unjustly.”

This type of top-down control of discourse not only espouses hatred but also limits the free-flowing marketplace of ideas, where viewpoints are distinguished on the basis of their substance, persuasive power and/or utility. Until ideas can flourish in Saudi without the authoritative power of the government, modernisation will never be possible.

KAUST raises precisely these types of free speech issues. With KAUST less than two months old, Saudi authorities have already had to deal with severe criticism from the country’s religious conservatives. In October, Sheikh Saad bin Nasser al-Shithri, a member of Saudi’s council of senior clerics, aired his concerns on television about the university’s co-ed makeup and its teaching of “alien ideologies”, such as the theory of evolution. In response, several of Saudi’s liberal newspapers accused the cleric of holding back progress by focusing on minor issues that would spread controversy. Following the news debacle, King Abdullah issued a royal decree relieving al-Shithri of his duties as a member of the council.

While al-Shithri’s termination might be a welcome sign to those hoping for reform, the manner in which his peaceful religious dissent was handled reflects confusion about the preconditions for true progress. By clamping down on al-Shithri, the government was actually failing to foster open discourse, not promoting modernisation.

The type of censorship exercised in al-Shithri’s case is just a small part of a much broader culture where religious freedom is nearly nonexistent. Religions other than Wahhabi-Salafi Islam have no legal recognition and conversion from Islam to another religion is punishable by death. While KAUST cannot by itself change these ingrained practices, developing a model there for productive interaction among a group of people diverse in ethnicity, religion, and gender is an essential first step.

KAUST is an enclave within Saudi society, but its officials hope that the boundaries will be porous and that the modernisation happening on campus will result in greater progress for Saudi society. Fifteen percent of KAUST’s current student body is Saudi. As that percentage grows, KAUST’s Saudi graduates will reenter society equipped not just with superior academic credentials, but also familiarity with critical thinking, religious freedom, and free speech. Graduates of KAUST can thus spur a process of change from within Saudi society by not only becoming part of its social fabric, but most likely its professional leadership as well.

Asma Uddin is Associate Editor of altmuslim.com and Editor-in-Chief of Altmuslimah. This article was previously published at the Guardian’s Comment is Free. 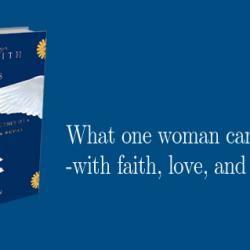 Muslim
Author and Activist Daisy Khan Opens Up about...
altmuslim 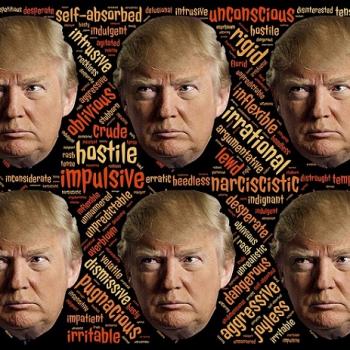 Muslim
The "Trump Effect" Continues to Tie into Bullying...
altmuslim