Taking the Gloves Off – The ‘War on Women’ in the Middle East and Beyond April 27, 2012 Guest Contributor 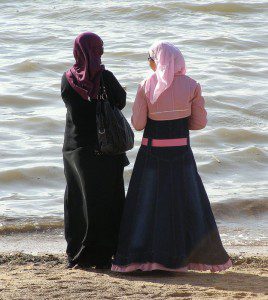 “Why Do They Hate Us,” asks Arab journalist, Mona Eltahawy, in her essay for Foreign Policy magazine. Eltahawy goes on to describe her perception of the treatment of women in the Arab world and ascribes all related mistreatment to systematic sociopolitical misogyny and patriarchy. The title of her essay is featured on the cover of the magazine with a photo of a nude woman painted in black with only her eyes showing, as if she were wearing a painted niqab and the caption under the title reads, “The real war on women is in the Middle East.”

Eltahawy is known for her fiery polemic style when it comes to her advocacy for women’s rights in the Middle East. Knowing this, I could not understand the visceral reaction that began circulating online. Aside from the hyperbolic language, her claims are on point. The statistics she mentions, such as – 90 percent of Egyptian women have had their genitals cut – are not new information. In another example, she raves that the Egyptian revolution has not helped the status of women in Egypt, pointing to cases of forced “virginity tests” on protesters that occurred in its aftermath and the lack of female representation in the newly formed government.

Critics of Eltahawy agree that the issues are valid, but claim her analysis is too simplistic and irresponsible as it neglects to take into account the complex historical, sociopolitical and cultural influences that factor in. The same critics claim she fails to provide space for the number of advances made by human rights groups that are working to address the plight of women there. They chide Eltahawy for pandering to Western saviors by appealing to “Western feminist” sensibilities and ignoring the fact that under many Arab dictatorial regimes both women and men have suffered tremendously. Thus, though a number of female bloggers critiquing Eltahawy acknowledge the difficulties of being a woman in the Arab world, the consensus, has been a resounding, “she does not speak for us.”

As a result, a great deal of the controversy surrounding Eltahawy’s essay, revolves around who she is and what her perceived intentions are, rather than what she stands for or the issues she raises. It certainly does not appear to be a coincidence that Eltahawy’s piece comes a time when many American women, outraged by recent legislative developments regarding reproductive rights, have declared that there is a “war on women” in the United States and that it is due to the conservative right’s “hatred” of women. Sally Quinn even called out the Roman Catholic Church recently, for being anti-women. So a Muslim Arab woman calling out Arab culture and political “Islamists” for doing the same seems to fit right into this understanding of gender narratives. But in doing so Eltahawy seems to have also isolated herself from the very community that would otherwise have supported her cause.

The backlash, nevertheless, is exactly what works about Eltahawy’s tactic, as she Tweeted: “As a writer, it’s my job to poke the painful places. So agree/disagree [with] what I write, but it if makes [you] think and pisses you off, then good.”

Whether they agree or disagree, people are talking. Foreign Policy posted six responses to Eltahawy, so far. NPR, which usually does not cover opinion pieces, interviewed her for her opinion. The Atlantic and The Guardian featured brilliant and non-reactive responses to the claims made in her essay. The Huffington Post and dozens of bloggers posted responses, as well. Never before has the Arab American, particularly Muslim American, social activist community, been given access to multiple media platforms simultaneously to openly debate a topic that for many has been on the back burner for some time.

There is no denying that politically systematic practices of misogyny and cultural nuances of patriarchy can be found here in the US, just as easily as it can be pointed out in the Middle East. But where does understanding cultural relativity end and self-induced communal responsibility begin? Women like Eltahawy, frustrated by what they see as delayed community action, are coming out with fervor, ready to push along all efforts – for they know that when the defensive anger directed at them dies down, the discussions will focus on the actual issues.

Sometimes, a sensationalist jump start is what we need to get us moving, as Fatima Dadabhoy cheekily states, “Maybe “hate” is a strong word but I think the title “Why Don’t They Like Us Enough or Trust Us Enough or Value Us Enough to Grant Us Our Rights” would just get too wordy.”

The opinions expressed in this commentary are solely those of Nadia S. Mohammad. Nadia S. Mohammad is an Associate Editor for AltMuslimah.com. This article originally appeared in Altmuslimah. Follow her on Twitter at @nadiasmo. Photo credit: Wiktor Czerwinski 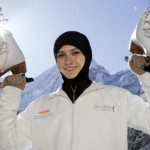 April 26, 2012
Ice Princess Zahra Lari - An Example for Women of Faith
Next Post 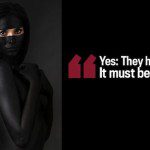 May 1, 2012 Does Mona Eltahawy’s Radicalism Advance Arab Women’s Rights?
Recent Comments
0 | Leave a Comment
"FsyYOU are hate. Period."
Soren A Ramadan Testimonial of Repentance and ..."
"Thank you for sharing this article along with detail information, and you have mention the ..."
wazeer shaik The Path Through Hajj – One ..."
"Tamerlane is considered an oppressor amongst Islamic scholars and an anti-hero in Islamic culture. It's ..."
Ali Inspiration: Star Wars: An Islamic perspective
"did you head to syria? did you take ilisha?"
mike malzahn Quran, Hadiths or Both? Where Quranists ..."
Browse Our Archives
get the latest from
Muslim
Sign up for our newsletter
POPULAR AT PATHEOS Muslim
1