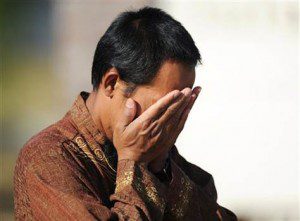 Islamophobia has become a prominent buzzword in the realm of political rhetoric. Some see it as the pinnacle of a climate of discrimination in America; others view it as a smear tactic to inhibit free speech. But what is the real pulse of our great nation when it comes to that delicate balance between freedom of religion and freedom of speech?

Representative Michele Bachmann and others declare that the United States government has been infiltrated and compromised by Muslim terrorists. Illinois Representative Joe Walsh contends that radical Islam is “trying to kill Americans every week” and that “it is a threat that is much more at home now than it was after 9/11.” In our own state of Oklahoma, Representative Rex Duncan said of Islam and Sharia Law, “It’s the face of the enemy, and we need to call it what it is.”

Meanwhile, vandals throw bottles filled with acid at an Islamic school for children in Illinois. Assailants hurl bloody pig legs at worshippers leaving a prayer service at a mosque in California. A mosque in Joplin is burned to rubble. Oklahoma City area Muslims woke up Monday morning to find their house of worship vandalized with paintballs.

Within a week and a half, eight cases of attacks on houses of worship occurred nationwide, seven of them against the American- Muslim community. It has become increasingly difficult to ignore the extent to which extreme rhetoric is inspiring extreme actions. We have collectively buried our heads in the sand on the issue of discrimination and Islamophobia, and are now reaping the suffocating results: bigotry and violence targeting American Muslims. Violence is unacceptable, but so is silence. As Elie Wiesel said, “Neutrality helps the oppressor, never the victim. Silence encourages the tormenter, never the tormented.”

An attack on any house of worship should be considered an attack on every house of worship, and further, an attack on our American values. When our own citizens are living in fear every day for doing what our Constitution promises they can do—practice their religion freely and openly—we cannot continue to propagate statements that demonize them, then scratch our heads in mock wonder and disown responsibility for violent acts against them. Applauding suspicion of an entire people group while feigning surprise when violence against that very same group surges is at best disingenuous, and at worst dangerous.

As long as this gross trend of debasing and dehumanizing our fellow citizens who happen to be Muslim continues, it is the responsibility of freedom-loving Americans to stand together and say that we will not tolerate hatred and discrimination in our community.

Jillian Holzbauer is CAIR-Oklahoma’s first communications director. She has worked with various community-based organizations and projects to support local business, art, and music.  In 2011, Holzbauer organized a statewide conference in Stillwater on Islamophobia and its implications for civil and human rights.  She is also a founding member of the Amnesty International chapter in her native city of Tulsa, Oklahoma. Photo courtesey of Associated Press. 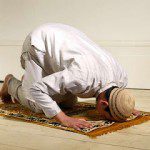 August 17, 2012
Practicing Islam is Not an All or Nothing Attitude
Next Post 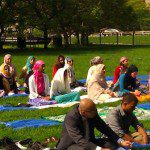 August 24, 2012 A Family Eid Forged from a Community in Ramadan
Recent Comments
0 | Leave a Comment
Browse Our Archives
get the latest from
Muslim
Sign up for our newsletter
POPULAR AT PATHEOS Muslim
1

What Do We Need a Spiritual...
The Living Tradition
Related posts from altmuslim