How Do We Take Malala’s Dream and Make it a Reality? 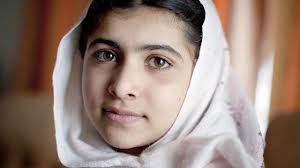 When the first lady of a Muslim country talks about education for girls, it’s not only expected, but, many believe there is an agenda behind it.

When an education minister talks about education for girls, there is a collective yawn, as subsequent important questions on language (English?), budget (decreasing?), etc., are the details rarely discussed at photo-ops.

When a tycoon (or his wife) talks about education for girls, it’s more credible and believable, but some may believe it’s “easing the conscience.”

When a poor 15-year-old activist from Pakistan, Malala Yousufzai, preaches and propagates education for girls and women’s rights, well, her message was welcomed on October 9, 2012 with a bullet to the head by a fellow “Muslim.”

(By the grace of the Almighty, she, at time of this writing, is in London and recovering.)

Suddenly, her cause becomes a universal cause:

● Gordon Brown, former PM of Britain and now UN Special Envoy for Global Education, launched a slogan, “I am Malala,” with a petition demanding all children worldwide be in school by 2016.

While declarations are incident-time important, are they lasting?

The dark shame of the tragedy is that it takes the bang of a “bullet” to get her message heard around the world. It takes a life-threatening context to appreciate the situation of girls and women within provinces of Muslim countries like Pakistan.

At one level, Malala is a civil rights leader, her cause being education. And, she can be mentioned, notwithstanding her tender age, in the same breath as other revered leaders like the Reverend Martin Luther King and Mahatma Gandhi, their cause being equality and dignity.

Their blood has stained our collective conscience, as education and equality are divinely ordained. They are the foundational and fundamental principles linked to dignity, justice, public good and opportunity.

Consider this: The election and re-election of the harvest called President Barack Obama started with the seed sown in the 1960s by King. The election of Mayawati, a Dalit (untouchable), as chief minister of Uttar Pradesh, in caste-bias India, deemed a “miracle of democrac,y” is the eventual byproduct of Gandhi’s message.

So, what is the takeaway message of Malala?

First, there are more brain cells than bullets being fired. Hence, Malala represents a journey of enduring enlightenment over engaging violence. The “miracle of youth” is the message that truth rises to the top. And conversely, the propaganda of “misleading truths” sinks to the bottom.

Second, studies by the international lending agencies on the benefits of education for girls to the family, village, county, province and country are indisputable. The educational empowerment of girls means that as, mothers and wives, their off-springs will do better than them, i.e. virtuous cycle on way to having an eventual middle class based on merit. This is the beginning of a knowledge-based economy that governments talk about for 2020 and 2030.

Third, her message (education) is consistent with the proclamation of the Creator and the (carried) message of the beloved Prophet Mohammad (SAW): The first revelation of the Quran, Surah Alaq, says “Read! In the Name of your Lord created. He has created man from clod. Read! And your Lord is the Most Generous. Who has taught by the pen. He has taught man that which he knew not.”

The Creator’s message is for all of humanity, and not just men, to obtain knowledge, be it on the mind, tongue, writing or actions, and, just as important, to disseminate. “And Say: My Lord increase me in knowledge. (20:114)”

The natural inclination of human beings, young or old, is curiosity-cum-learning, including secular and spiritual, from “cradle to the grave.” The knowledge results in wisdom to make informed or good choices.

“Seeking knowledge is obligatory upon every Muslim (male and female).” — Al-Tirmidhi, Hadith 74.

“Who ever seeks a way to acquire knowledge, Allah will make his way to paradise.” — Sahih Muslim, 2699.

Fourth, for those who seek to spread the rotten seeds of a strategy and message built on decline, death and destruction, they have soon realised their own kin and kith have disconnected and distanced themselves from the rhetoric. To the leaders who  brainwashing such minds, let’s apply the podium test. Come out from your cracks, and present your evidence and ideology (text in context) of hate and exclusiveness about Islam or any religion to the court of public opinion. See what happens.

Today, there are more Muslims killed and maimed by other Muslims, and usually in the name of religion. The religion of peace is manipulated for self-serving selected wars of, say, gender repression, be it education, driving, etc.

In Qatar, there is an initiative led by Sheika Mozah binti Nasser Al Missned called Education City. It aims “to be the centre of educational excellence in the (GCC) region…” Concurrently, in the spirit of Malala’s education message for girls, it now needs to be translated into a legacy building index, as it’s part of human development.

If we look at the world of indices/indexes, it allows for benchmarking, accountability, and transparency; be it in the capital markets with, say, the Dow Jones Industrial Average (DJIA). Its mere mention conjures up performance and the pulse of the capital markets.

In taking the concept of indices/indexes to another area, education in the Muslim world, can we start the process of capturing the pulse/health of the two most important areas — education and women? The former, education, is the foundation for economic mobility and empowerment of a family; the latter, girls/women, is the foundation of the family.

We can look at different Muslim countries in terms of not human, but humane, capital development as (1) least developed, (2) less developed and (3) emerging.

The methodology for creating The Education Malala Index (TEMI) is to (1) get everyone on the same page and (2) measure the government’s progress/regress with a benchmark. The methodology, customised to above (1 to 3), will avoid the one fits all category, hence, providing insight on what is working and what is not. The weighting schemes, including budgets for schools (emphasis on primary and secondary), classroom content/language, etc, will show the influence of the attributes.

This research will allow development agencies and governments to better allocate resources and direct capital to its most productive uses. Furthermore, some enterprising financial engineer may make the TEMI into an asset class via an investable instrument off of the index.

Malala is in All of Us

There is a bit of Malala in all of us. However, to move out of default inertia, we must have the courage to bring it out and the motivation to do something about it. To be inspired, one must reflect on our mirror reflection, and, ask: “What do you see?”

“You must be the change you want to see in the world.”

The Noble Peace Prize was awarded to Obama early in his first term for his accomplishment, being elected as the first black president of the US.

Now, imagine if the same Nobel Committee had similar foresight and awarded Malala Yousufzai the Peace Prize for fighting for girls’ education in the Muslim world. Indeed, it would send a powerful, pioneering and supportive message for girls’ education and those extremists opposed to it!

A version of this article appeared in The Malaysian Insider. Siddique is the Global Head of Islamic Finance and OIC Countries at Thomson Reuters.