Boston Marathon Bombing – Why Increased Profiling of American Muslims is Not the Answer May 1, 2013 Guest Contributor 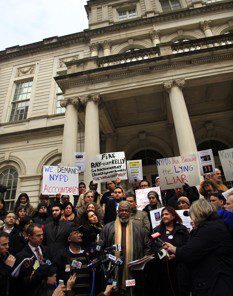 Almost as soon as the horrific Boston Marathon bombing suspects were revealed to be Muslim, the cheerleaders for increased profiling of Muslims in America came out in full force. The “king” of them, pun fully intended, was none other than New York Congressman Peter King, who said:

Leaving aside the intellectual laziness of such an argument (would Mr. King agree to profiling all Italians?), the sentiment was echoed time and again in the immediate aftermath of the bombings. Former Congressman Joe Walsh (R-IL) said on MSNBC, “We’re at war, and this country got a stark reminder last week again that we’re at war. And not only should we take a pause, Martin, when it comes to our immigration, we need to begin profiling who our enemy is in this war: Young Muslim men.”

Ann Coulter said about bombing suspect Katherine Russell, Tamerlan Tsarnaev’s widow, “She ought to be in prison for wearing a hijab. This immigration policy of us, you know, assimilating immigrants into our culture isn’t really working. They’re assimilating us into their culture. Did she get a clitorectomy too?”

It does not necessarily surprise me, but still … wow.

“Reporters for the Associated Press won a Pulitzer Prize last year for a series of articles critical of the [New York Police Department’s] surveillance program. But the NYPD credits the program with helping to thwart as many as 16 terrorist attacks on the city since 9/11. That sort of police work isn’t singled out for prizes, but maybe it will inspire police in other American cities — wondering about stopping their own version of the Tsarnaevs — to take a fresh look at how New York does it.”

In case you have forgotten, the “surveillance” program conducted by the NYPD was really a massive spying program on local Muslim communities, which, according to AP: “ … assembled databases on where Muslims lived, shopped, worked and prayed. Police infiltrated Muslim student groups, put informants in mosques, monitored sermons and catalogued every Muslim in New York who adopted new, Americanized surnames.

“Police hoped the Demographics Unit would serve as an early warning system for terrorism. And if police ever got a tip about, say, an Afghan terrorist in the city, they’d know where he was likely to rent a room, buy groceries and watch sports.”

But Miller’s statement that this surveillance program led to the thwarting of “as many as 16 terrorist attacks on the city since 9/11” left me puzzled. That is because according to a 2012 deposition, the commanding officer of the NYPD Intelligence Division, Thomas Galati, said: “I never made a lead from rhetoric that came from a demographics report, and I’m here since 2006. I don’t recall other ones prior to my arrival. Again, that’s always a possibility. I am not aware of any.”

After spending millions of dollars spying on the Muslim community, it seems the surveillance program did not yield one lead or spur one terror case. It was a wholly fruitless exercise. Why? Because the American Muslim community — as it has shown itself to be year after year — is lawful, loyal and country-loving. As Marquette University professor Risa Brooks wrote in the Boston Globe, “Americans can be reassured that the terrorism threat posed by Muslims residing in the United States remains small. As horrific as they were, the Boston attacks are not evidence that homegrown terrorism is on the rise.”

Brooks authored a scholarly article in the journal International Security that details this very argument with solid data. In fact, Brooks wrote in the Globe, “The role of Muslim communities in exposing suspected aspiring militants through unsolicited tips and cooperation with law enforcement … provides a hedge against violence.”

Now, she included in this “hedge against violence” the use of informants by the FBI, but this has done damage to the relationship between law enforcement and the Muslim community, and it sends a message of distrust of American Muslims in general. This is most unfortunate.

Terrorism from anyone in our society — be they Muslim or not — is a serious threat that needs to be confronted and defeated. And yes, there are some Muslims who think it is their religious duty to kill innocent people. But, they are the glaring exception and not the rule. And the American Muslim community does need to address why some of its youth turn to this nihilistic path of extremist violence. But spying upon and infiltrating the American Muslim community does not bring about increased security. In fact, it does more harm than good, with very little to show for it.

Hesham A. Hassaballa is a columnist at Patheos and a frequent contributor to Altmuslim at Patheos. 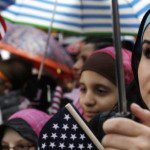 April 23, 2013
Boston Marathon Bombings - When Religious Acceptance, Tolerance and Love is Needed Most
Next Post

May 8, 2013 The Case for Adoption in Islam
Recent Comments
0 | Leave a Comment
Browse Our Archives
get the latest from
Muslim
Sign up for our newsletter
POPULAR AT PATHEOS Muslim
1