What Mother Mary Means to Me

At Christmas time I hum along to the Little Drummer Boy song. I always wanted to be that drummer who gave a gift to the new born King and makes Mary smile. And I’m reminded again that the more I learn and reflect about the many manifestations of Mary, mother of Jesus, the more I am in awe of her.

Her story and place in history has been a source of strength for my soul and life, especially as a woman and as a mother. Although my understanding of Mary’s story is based on the Quran’s telling of her role – an entire chapter, Maryam, is named after her — I’ve also gathered inspiration from women I’ve met, who interpret her story for their own lives. I’ve revisited her through various stages of my life and find ways that I might fill the gaps in how much we really know about someone who lived centuries ago.

The story starts with Hanna, Mary’s mother who made a vow while pregnant, dedicating her unborn child to God for the benefit of humanity:

“Oh my Lord! I do dedicate unto You what is in my womb for thy special service. So accept this of me, for You hear and know all things.” (Quran 3:35)

At that time, this dedication would mean sending the child to the temple to live, serve and be raised. Besides a consecration to the physical temple, this conscious act of dedication reminds us as mothers-to-be that the collection of our thoughts, actions and mindfulness during pregnancy has bearing on our wombs and what develops within.  We are not just vessels to carry a life into the world, but how we think about the child and how we treat our bodies can have consequences on the emotional, mental and physical development of a fetus.

During each of my three pregnancies, I read Hanna’s prayer and imbibed the notion that what I felt could be transferred to my unborn child. This moved me to write notes to each child somersaulting inside me, become more in tune with how my body was behaving and observe closely what each yet-to-be born little one was exposed to.

When Hanna’s child was born and turned out to be a girl, she did not step away from her vow. She insisted that she had dedicated the child in her womb, not differentiating between a boy or girl. She is told that although the societal norm did not grant females such a ranking, God accepts her dedication. Hanna says:

“…I have named her Mary and I commend her and her offspring to Your protection from any Evil.”…Right graciously did her Lord accept her: He made her grow in purity and beauty.” (3:36-37)

This is the basis for shattering double standards as a practice; that roles for benefit of society or in service of God can be performed by anyone dedicated to doing so. And this also speaks to the responsibility of each to assert this equality either for themselves or to advocate for others who cannot. Working in international development, I’ve heard Hanna’s example resonate in various women’s empowerment programs and efforts embedded with worldviews that respect and honor the role of Mary.

As she grows, Mary spends a great deal of time in a space in the temple called the mihrab, or niche. She passes her time praying and communing with a higher presence regularly, without intermediaries, she has direct connection and contact with the divine. But even more so I imagine her as a student and aspiring scholar who learns independently.

She must also have been cognizant of the temple’s many dimensions of influence and power, which eventually will come to be seen as monopolizing of religious authority in that society. She chooses to separate from politics and social hierarchy and instead create a sanctuary and focus on bettering herself while considering solutions to what may be happening outside her sacred space.

Although she is to be the mother of Jesus, this is the span of time I realize that she herself has importance and value in how she made her own mark in society. To this day, that safe space Mary created for connectivity with God, the mihrab, is honored in mosques. In fact, it is also the spot from where community leaders deliver sermons, which should ideally uphold the call for justice and equality.

After it is revealed to her that she will carry a child, Mary submits to her destiny after hearing from Gabriel that it is the Creator’s will.  She has that unshakeable faith. However, when she goes into the throes of labor, she cries out:

She realizes that that the responsibility of explaining her condition will be great and that the pain she endures is overwhelming. This plea from her reminds me that it is acceptable, even for someone who has received God’s grace and blessings, to not only doubt herself, but wonder if what she is being called for is even possible physically, mentally or emotionally. Of course this well resonates with so many of us who, in the midst of labor, have shouted out all sorts of pleas and heartfelt cries!

In response to her cries of suffering through childbirth, Mary receives revelation telling her to hold fast to the trunk of a nearby palm tree as the pain crescendos and she is alone. She’s told to eat dates and drink from the stream running nearby to keep her strength. This set of directives assures me that while prayer is powerful and important, solutions are linked to our own action and taking responsibility for our condition. Her pain could have been easily eliminated in response to her prayers, or not have even been necessary since she was under divine protection.

But to me, the lesson here is to understand what we can have control over, what is beneficial knowledge for us to have on hand, and how our actions can make a difference.  In addition, for both men and women to understand that the experience of childbirth is grounded in the physical realm and needs to be recognized as a difficult process, in this case even for the mother Jesus. In fact, centuries later, Prophet Muhammad would equate the pains of labor with battles to fight injustice – the reward for dying during both are that of being a martyr in the cause of serving God.

Mary’s role does not end with the birth of Jesus. She continues as a devout believer in the greater good and as a dedicated teacher who imparts on her growing son values of quiet empathy, recognizing imbalanced influences of power structures, and the persistent potency of prayer.   Some 30 years of learning from his mother and this diligent upbringing, coupled with the Divine’s destiny for him, Jesus becomes the Christ who himself teaches principles of equality and justice – to serve the poor and give voice to the oppressed.

He also came to confront and question the monopoly and hegemony of religious institutions that had taken access to God away from everyday people. He spoke truth to power that was masquerading as religious dogma and authority. In part, it has been argued that the reason Jesus was born without a father was to demonstrate to the religious leaders that their projection of being over protective fathers of the masses was misinformed and against divine precepts.

The Biblical and Quranic stories of Mary are especially moving to me, as I’ve interpreted them to see her as a fellow woman aspiring to spiritual connectivity, who creates her own space and place for understanding of all things Divine and worldly, and finally being able to impart these to others who, for her, included the Prophet of Peace, Jesus Christ.

As my sons grow into themselves and explore spiritual relationships on their own terms, Mary continues to teach me the value of sharing the practice of perseverance and patience. And even more, as I myself continue to evolve as a person, I realize that stories such as Mary’s are much deeper and resonate more when we make them a part of our lives in practice, beyond being frozen on an unreachable pedestal.

Afeefa Syeed is a cultural anthropologist working in international development based in Washington, D.C. and the mother of three boys. 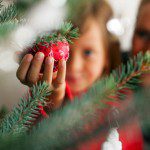 December 16, 2013
A Muslim Son Honors His Mother with Christmas Cheer
Next Post

January 1, 2014 Year in Review - Top Ten Good Muslim News Stories of 2013
Recent Comments
0 | Leave a Comment
"Thanks for sharing informative blog with us regarding the halal meat revolution."
Boxed Halal Sustainability: The eco-halal revolution
"Salam. I am going to be blunt and honest with you. Girls who are doctors, ..."
Rubina Ahmed Looking for Love and Finding Awkwardness ..."
"FsyYOU are hate. Period."
Soren A Ramadan Testimonial of Repentance and ..."
"Thank you for sharing this article along with detail information, and you have mention the ..."
wazeer shaik The Path Through Hajj – One ..."
Browse Our Archives
Related posts from altmuslim