This article comes on Day One of our special Altmuslim/Patheos Muslim Ramadan #30Days30Writers blog project, in which we are showcasing the voices of 30 Muslim leaders, activists, scholars, writers, youth and more (one on each day of Ramadan) as part of our commitment to own our own narratives and show how we are one Ummah, many voices. To demonstrate how our Ramadan experiences are shared yet unique to each of us.

It’s disheartening to persons of faith that something as beautiful as religion, which brings so much peace to its adherents, can equally be used to fuel hatred and conflict. But such is the case. One need only think of Sunnis and Shias in Iraq, of Buddhists and Muslims in Myanmar, and of the rise of anti-Muslim parties in Europe, even in such supposed bastions of liberalism as Denmark. In this time of Ramadan, when 1.6 billion Muslims enter a special sacred season of discipline and reflection, all people of faith should confront this contradiction.

While we may never be able to stop violence in the name of religion, we can prevent it at home and in our lives by remembering and instilling in each other basic ethical principles that are held by all religious traditions.  In a world that has been blinded by lust for power, material gain, and prestige, people of faith need to stand together to defend and promote what all religious traditions hold as the highest human—and divine—values. Dialogue and encounter within and between our different faith communities must build on these common values and communicate them to a world in desperate need of reestablishing its moral center.

We propose five basic principles to undergird this task. We are not putting forth this list as definitive; obviously there can be different enumerations of such basic principles. We hope, however, that this can serve as a starting point for reflection and action on the crucial principles that our faith traditions share.

Fundamental to all religious sensibilities is respect for life, especially sentient life, and above all human life. Whether life is seen as the creation of a good God (Judaism, Christianity, Islam), as a manifestation or expression of the Divine (Hinduism), or as a vehicle that can ultimately attain enlightenment and Buddhahood (Buddhism), all religions see life as sacred.

This respect for life runs counter to a world that sees human life as expendable for reasons of political power, economic gain, or even, supposedly, of religion. It calls for the condemnation not only of overt violence but also of threats to human life arising from poverty and oppression, including lack of access to health care, adequate food and water, and sanitary living conditions.  It also calls for care and protection of the environment and all its natural resources.

All religions recognize human beings as fundamentally equal and hold that human life has meaning and purpose, in that humans are entrusted with the welfare not only of other humans but also of all creation—a responsibility they bear as God’s noble deputies (in theistic religion) or as the highest form of sentient life (in non-theistic traditions).  Respect for human dignity is, therefore, another fundamental principle of all religions.

This principle rules out discrimination against people on the basis of race, ethnicity, ancestry, socio-economic status, gender, or disability. Seen positively, the principle of equal dignity calls for respect for all human beings, even those with whom we most profoundly disagree or whose cultures or lifestyles seem most alien to us. Recognition of the equal worth of all is, therefore, essential to building a world community of wholeness and peace in this age of globalization.

Respect for freedom of religion and conscience

All religions assert that an authentic relationship with God or the sacred must be freely chosen; it is the result of a personal decision that can be neither forced nor inhibited from without. This clearly implies that, as the Quran states explicitly, “there is no compulsion in religion.” Despite violations of this principle in history, the majority of leaders and adherents of all major religions today support the freedom to choose a religion, or to choose not to follow any religion, recognizing such freedom as an essential foundation for genuine religious commitment.

Respect for freedom of thought and expression

Respect for freedom of thought and expression follows from respect for the human being. The defining characteristic of humanity is precisely the ability to think and to express one’s thoughts and feelings in words or by other means. To fetter the freedom to do this is to cut off the root of a person’s humanity; it is to truncate the essence of being human.

Since respect for human life and dignity is fundamental to all religious traditions, it follows that respect for the freedom of thought and expression must likewise be recognized as a fundamental principle of religion. The defense of civil liberties is a religious as well as a civic obligation.

Respect for others: the Golden Rule

All that has been said here can be summed up in a principle that, though stated in different forms, can be found in all religious (and many non-religious) traditions: the Golden Rule, that people should treat others as they themselves would like to be treated. As we want others to respect our life and dignity, so we must respect and protect the life and dignity of others; as we want others to respect our freedoms of religion, conscience, thought, and expression, so we must respect and defend these freedoms for others. This ethic of reciprocity, as it is sometimes called, is thus at the very heart of religion.

All religion thus sets as a primary aim the excellence of human character, the development of human beings who from the depth of their selves manifest kindness, compassion, truthfulness, courage, and all the virtues associated with the best of humanity.

Most non-religious people would, of course, affirm these principles we have named. How many of them, however,  are aware not only that they are foundational principles of all the world’s faiths but also that our religious traditions provide a strong intellectual, spiritual, and emotional foundation for them? To communicate this reality to the world is an urgent task of interfaith action.

Maha Elgenaidi is the founder and the first president and CEO of Islamic Networks Group (ING). The ING staff are Ameena Jandali, Henry Millstein, Tim Brauhn and Seher Siddiqee. She is the author of training handbooks on outreach for American Muslims as well as training seminars for public institutions on developing cultural competency with the American Muslim community. Recently named by the San Jose Business Journal as one of Silicon Valley’s Women of Influence, Maha has been recognized with numerous civil rights awards, including the “Civil Rights Leadership Award” from the California Association of Human Relations Organizations. She holds a master’s degree in Religious Studies from Stanford University and received her bachelor’s degree in Political Science and Economics from the American University in Cairo. 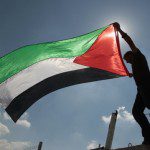 June 27, 2014
False Equivalencies Between the Oppression of Palestine and Israeli Zionism
Next Post 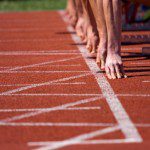 June 29, 2014 Ramadan 2014 - Fasting Is Supposed to Suck; That's Why We Do It
Recent Comments
0 | Leave a Comment
"FsyYOU are hate. Period."
Soren A Ramadan Testimonial of Repentance and ..."
"Thank you for sharing this article along with detail information, and you have mention the ..."
wazeer shaik The Path Through Hajj – One ..."
"Tamerlane is considered an oppressor amongst Islamic scholars and an anti-hero in Islamic culture. It's ..."
Ali Inspiration: Star Wars: An Islamic perspective
"did you head to syria? did you take ilisha?"
mike malzahn Quran, Hadiths or Both? Where Quranists ..."
Browse Our Archives
get the latest from
Muslim
Sign up for our newsletter
POPULAR AT PATHEOS Muslim
1