Being UnMosqued and Complacent is No Longer an Option 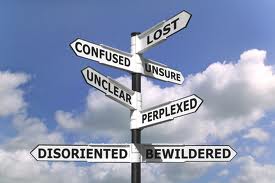 I broke down in tears recently while recording an interview for the Taleef Collective, which really surprised me.  I was talking with the filmmaker Mustafa Davis about my views on the purposes of masajid in the United States and how much the experience of being a part of one was lacking in my life, and before I could get to the important role and value of third spaces like Taleef, I broke down. Until that moment, I honestly hadn’t realized how deeply painful my relationship is with masajid and how much being a part of one was important to me.

More than 15 years ago, during several years of regularly attending masajid and working with their management, I experienced the disappointments, and sometimes the shock or trauma, of power struggles between board members; power struggles among competing ideological groups in elections; a dearth of female leaders, or females on boards that were treated as tokens; long-winded meetings that were more about service to major egos than about service to the community; chaotic and disorganized community potlucks with shrieking kids running around and “uncles” trying to make speeches over mics that never worked;  depressing, sometimes spirit-draining khutbahs; broken down bathrooms, soiled prayer rugs that smelt like food, unclean hallways and unkempt conference rooms; screaming children during prayer; women talking during khutbahs while isolated in designated sections; lack of access to the imams; mind-numbing lectures and simple-minded conferences that mostly dealt with the glorious past, rarely with the present or future; indoctrination in Islamic classes; aesthetically unappealing warehouse spaces for prayers or events; being asked by people when I didn’t show up for Jumah every Friday whether I was still praying, and, when they didn’t see me with my husband, whether I was still married; people who made comments about my dress, my hijab, my weight…

The experience became toxic! And based on recent experiences attending potlucks and other events in the masjid, not much has changed in the culture of American mosques.

Let me describe myself so that people don’t think I am “secular” or an outlier. I am a practicing Muslim, Alhamdullillah, who hasn’t missed a single one of my obligatory practices since I read the Quran 23 years ago and started practicing Islam. I am also a student of various Islamic American learning centers, have a graduate degree in religious studies and am currently a director of an organization that teaches about religion, all of which Alhamdullillah have preserved my faith and kept me engaged with Muslims.

How is it then that I don’t attend services at mosques, one of the top three most important Islamic institutions anywhere in the world next to Islamic schools & universities and charitable organizations?

I don’t attend mosque services in order to protect and preserve my faith. I realize, of course, that not everyone shares this sentiment or experience — particularly those who attend masajid regularly and are active in them, and above all men who are obligated to attend the masjid weekly. Our  masajid do a good job in housing Jumah prayers that fulfill men’s weekly obligations, as well as taraweeh prayers during Ramadan, which some people tell me have also become fundraising events.

But other than that, I have come to view masajid as a terrible waste of space into which American Muslims continue to pour millions of dollars without producing much value in terms of what I think are their primary functions.  I’ve experienced more disappointment than fulfillment by being in them and have heard more complaints than praises about them. My experience, unfortunately, is not unique, and that’s what being Unmosqued is all about.

There was a time when I expected the masjid to be a beacon of light and sanctuary for anyone who takes his or her faith and religion seriously. There are two things that I look for in a masjid, which I believe should be its primary functions, particularly for Muslims living as minorities in a predominantly secular society: Uplift and deepening of one’s faith, and community and companionship.

I find more of both in third spaces like the Taleef Collective in Fremont and Zaytuna College in Berkeley than in most masajid I’ve come across. This is especially true for new Muslims or for any people seeking religion or spirituality in their lives who come to Muslims looking for it. Twenty-three years ago, I was one of those people. Although I was born Muslim, I didn’t practice Islam or have any knowledge of it until I read the Quran on my own for the first time in my life.

In my early years, of what I liken to a conversion, suhba (companionship) became the most important thing in my Islam. Thankfully, I found it in a group called AMILA (American Muslims Intent on Learning and Activism), which gathered in people’s homes. In those early years of conversion, I needed support and encouragement in my practice, as I also had questions that needed answers. I learned my deen and deepened my faith mostly by being with fellow Muslims at AMILA gatherings and by studying Islam through AMILA-affiliated scholars like Drs. Maher Hathout and Khalid Abu El Fadl, and later through scholars at Zaytuna Institute (which preceded the college) such as Sh. Hamza Yusuf and Dr. Umar Faruq Abdullah, who met in spaces outside of the masjid.

Those scholars understood me as an American, and they didn’t try to indoctrinate me with Islam but rather engaged my heart, spirit, and mind.

Taleef is such an organization with a space that provides this quality of spirituality and education as well as community and companionship in a familiar, American cultural setting, not only for those of us born and raised here, but also for those of my parent’s generation who feel they belong here.  It’s also a space that is aesthetically pleasing to be in, with its beautiful scents and elegant décor. That’s why I have come to consider Taleef as my “masjid.”

Last week, I spoke at an ISPU (Institute for Social Policy and Understanding) event at one of the largest mosques in the Bay Area about the film Unmosqued, which ISPU is leveraging for research on the phenomenon of Unmosqued Muslims like me. ISPU hopes to develop concrete recommendations for mosques by the end of their research that they can present to masajid who are willing to receive feedback and make the necessary changes to make themselves more inclusive and inviting to fulfill the expectations and needs of American Muslims, who are for the most part only seeking to become better Muslims.

I am very supportive of and hopeful for their efforts because the alternative — perpetuating the status quo is not an option for us. I join ISPU and other unmosqued Muslims in seeking a generation of Muslims that are stronger in faith, practice, and services than the generation that came before it. And, we need strong and vital masajid to make this possible.

Finally, until positive change transpires in our houses of worship, my recommendation for the Unmosqued, as well as the Unchurched, since the issues I raised are not unique to Muslims, is to do what you need to do to protect and deepen your faith and practice. This may mean attending third spaces or organizing a group of like-minded friends in your local mosque. Your faith is your most important possession, and your most valuable source of doing good works that serves the American community at large.

Maha Elgenaidi is the founder and CEO of Islamic Networks Group (ING), a non-profit organization with affiliates around the country that counter prejudice and discrimination against American Muslims by teaching about their traditions and contributions in the context of America’s history and cultural diversity, while building relations between American Muslims and other groups. To find out more about ING, visit www.ing.org

November 3, 2014
Book Review - Being Both: Embracing Two Religions in One Interfaith Family
Next Post

November 11, 2014 Book Review - Aisha: The Wife, the Companion, the Scholar
Recent Comments
0 | Leave a Comment
"Yow its so sad my eyes are sweaty😭BN.BELIEVE.ASIA/VZ7527IE"
Batelthda Gaslighting, Anti-Jewish and Anti-Muslim Rhetoric: What ..."
"Everyone's pervy minds will b opn ryt nw dmn!m.XIAOWANZI.INK\C7527Wg"
ThePumpkinQueen It’s Time to Boycott Saudi Arabia
"Thanks for sharing informative blog with us regarding the halal meat revolution."
Boxed Halal Sustainability: The eco-halal revolution
"Salam. I am going to be blunt and honest with you. Girls who are doctors, ..."
Rubina Ahmed Looking for Love and Finding Awkwardness ..."
Browse Our Archives
Related posts from altmuslim