Longing for Mercy and the Comfort of Suhoor in Ramadan

Longing for Mercy and the Comfort of Suhoor in Ramadan June 21, 2015 Guest Contributor 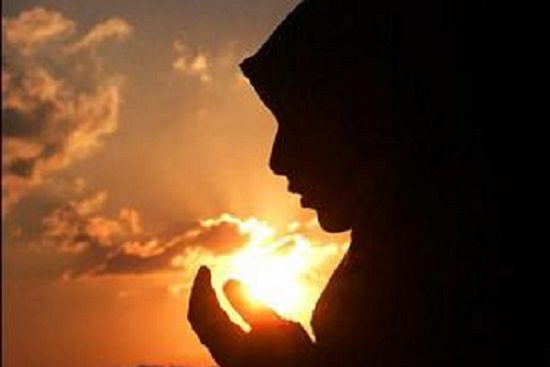 This is Day Four of Altmuslim’s #30Days30Writers series for Ramadan 2015.

I took my shahada (declaration of faith as a Muslim) on October 30, 2001, just two weeks before the start of Ramadan. My Muslim friends were concerned for me, asking me repeatedly if I was ready for the long fasting days ahead and if I understood what it entailed. I wasn’t worried though, because it wasn’t going to be my first time fasting Ramadan. My friends were surprised to learn that I had observed the Ramadan fast several years before as a non-Muslim.

Another thing that surprises people sometimes is that I’m not actually a convert. I had no religion before Islam, other than visiting my grandmother’s Catholic church occasionally. I remember sitting with her through services that I couldn’t understand, admiring the flowing robes of the nuns and priests and wanting badly to be allowed to take communion and light the pretty red candles at the altar, both of which were forbidden to me as a non-Catholic. My love for Catholicism was mostly superficial. When I learned the tenets of Catholicism and Christianity later, I knew it wasn’t the path for me.

My father accepted Islam when I was eleven years old and I was quickly swept into the faith, though not officially until many years later. I was curious about the religion from the beginning, having been a spiritually-minded being from childhood — fumbling through whispered conversations with a something bigger than me that I didn’t yet have a name for. My dad invited me and my sister to fast with him one year shortly after he had converted, and we eagerly accepted the challenge.

I don’t remember much about the long days of not eating or drinking, other than having to constantly explain to my schoolmates why I wasn’t eating lunch. What I do remember with fondness is the excitement of converging with my father and sister for suhoor and iftar. Suhoor, especially, waking up before the sun to eat and drink, is a magical, intimate time. I can only compare it with the thrill of waking up early Christmas morning, waiting impatiently to open presents. I remember whispering and giggling with my sister and my dad, not wanting to wake our younger siblings.

Our voices felt like shouts in a pitch black forest. Being up that early was a totally new experience for me, something that would have been frightening if not for the companionship. The comfort and love I felt from our little circle as we ate our small meals of eggs and toast sustained me throughout school days when I was alone in my fasting. It wasn’t about counting the hours and minutes until sunset when I could eat again, it was about the anticipation of reconvening with my dad and my sister to talk and eat together, to share in our experience.

I missed that feeling my first year of fasting Ramadan as a Muslim. Suhoor was a silent affair, just me and the hum of nothingness in the wee hours. I envied my friends sharing this special time with their families. I found comfort in my solitude knowing that out there in the darkness were millions of other Muslims doing the same thing I was doing, some with the bustle of noise of a big family, others alone like me. The only advantage of a solitary suhoor is being able to wake up fifteen minutes before fajr since I was only cooking for one. The biggest disadvantage is the risk of oversleeping and having no one to wake you up.

Communal iftars with the women and men of the Muslim Student Association (MSA) at my university made up for those lonely suhoors. With the other ladies I would eat too many sweets and giggle uncontrollably from the sudden sugar rush. I returned home to my quiet apartment sated from the company and food, collapsing into bed to do it all again the next day.

One thing I’ve learned through many Ramadans now is that there needs to be a good balance between the social aspects of the blessed month and the necessary times of solitude. It’s nice to get together with friends to break the fast, especially mid-month when you might need a boost of energy. But the time alone allows for spiritual reflection and a reminder of what the month of Ramadan is really all about.

I asked myself this morning, the first of Ramadan, as I prepared for the dawn prayer — what do I want to gain from this month? That’s something I only learned to do over the last few years. Instead of rushing into Ramadan, I step back and give myself a minute to prepare, to redirect myself. As I wound my prayer scarf around me and stepped onto my rug, the answer came to me: Mercy. Friends and family and social times are important, but this life is all about preparing to meet my Lord.

And on that day, I know Allah’s mercy is all I could ever want for.

Ambata Kazi-Nance is a writer and teacher living in her hometown New Orleans, LA with her husband and son. She is a member of MelaNated Writers Collective, a group for writers of color in New Orleans. She writes for Azizah magazine and is a contributing blogger at Grow Mama Grow, an online community for Muslim mothers. She is also a columnist on the Love, InshaAllah blog. She blogs about writing and other things at www.aknthoughtsonthings.wordpress.com and you can find her on Twitter @NolaWanderer.

June 22, 2015 Heartbreak, Detachment and Hope in Ramadan - Foregoing Community for Authentic Relationships
Recent Comments
0 | Leave a Comment
"FsyYOU are hate. Period."
Soren A Ramadan Testimonial of Repentance and ..."
"Thank you for sharing this article along with detail information, and you have mention the ..."
wazeer shaik The Path Through Hajj – One ..."
"Tamerlane is considered an oppressor amongst Islamic scholars and an anti-hero in Islamic culture. It's ..."
Ali Inspiration: Star Wars: An Islamic perspective
"did you head to syria? did you take ilisha?"
mike malzahn Quran, Hadiths or Both? Where Quranists ..."
Browse Our Archives
get the latest from
Muslim
Sign up for our newsletter
POPULAR AT PATHEOS Muslim
1