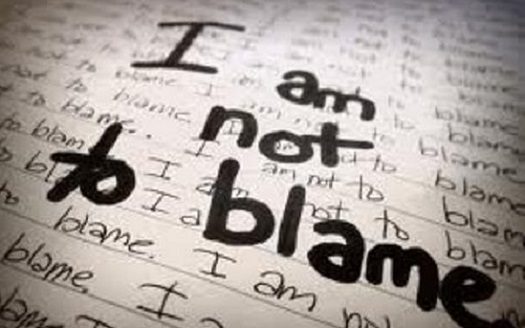 Trigger warning: This essay discusses sexual abuse and the assault of women, men and children, the abuse of power by religious figures and institutions and also discusses of victim-shaming.

A few months ago, I found myself in a situation where I had to make a choice. It was one of those moments when as you walk down a difficult but transformative path, you stop and think to yourself: I must be on the right side of this.

I have had many of these moments in the past few months spent across the table or on the phone with survivors and their families who report to have suffered sexual abuse and assault by Abdullah Saleem, a well-respected Chicago scholar, and his institution, the Institute for Islamic Education (IIE). The courage of these survivors, their families, and the work of a handful of volunteer advocates led to criminal charges and a civil lawsuit being filed against Saleem and IIE.

Some of those stories came to be told in a poignant article in the New York Times and were covered by media outlets locally and nationally. In the aftermath of this news, how have we responded as a community, not only to the allegations but to the survivors? Have we stepped up to the plate and supported the survivors? Or have we banished them into further silence?

It would be an understatement to say that the Chicago Muslim community was broken, in many ways, at the disclosure of this news. As was expected, there were varied reactions from all around the city. Some believed that the stories were falsified and slandered a beloved scholar and institution. Some were in shock and denial that a beloved religious figure could be responsible for such disgusting crimes.

Some believed that perhaps the stories were true and privately expressed their disappointment. Some supported survivors from the beginning and responded with compassion and love.

This deafening silence was what struck me most as I became involved as a volunteer on this case. As a founding board member of HEART Women and Girls, an organization committed to making healthy reproductive attitudes a norm in faith-based communities, I firmly believed that silencing the narrative of survivors who were just beginning to speak out was never an option.

This case opened with one brave young woman, who stepped forward to seek justice. And, within 48 hours all of us who were volunteers had gotten calls from many other survivors who had experienced abuse at the hands of Saleem and others at IIE. In order to respect the survivors, their identities are protected and not publicized. In the many conversations I’ve had with survivors, one question comes up over and over again: Why has the community not galvanized to hold this person and institution accountable?

The Quran tell us, “O you who have believed, be persistently standing firm in justice, witnesses for Allah, even if it be against yourselves or parents and relatives. (4:135)”

I am not a scholar or an academic, so the only story you will hear from me is about someone who showed up, witnessed and worked behind the scenes. There is no joy in being this witness. There is no pleasure in discovering a deep seeded evil that has taken root within one’s community. There is no happiness in hearing story after story of destruction — the destruction of young souls, of families at the hands of those who are supposedly carrying the banner of our faith community.

There are some community members and organizations that have been motivated to begin having these hard conversations and create safe spaces. Yet, these efforts have fallen short. One example was a recent event that focused on raising awareness against sexual violence, hosted by an organization committed to empowering women in partnership with prominent Chicago Islamic institutions. Among the invited panelist were two male scholars.

These religious scholars had little knowledge about how to support survivors through their healing journey nor did they have even a basic understanding of the nuances and complexities that are associated with the delicate topic of sexual violence. The audience, including myself, pressed for an answer on how the community can hold alleged perpetrators accountable, considering the reality of low reporting rates for sexual abuse crimes.

We did not get an answer.

Instead, they told us that an imam or scholar cannot take a public stance against an alleged perpetrator until there is proof, until there are criminal charges and convictions. We were told to listen to survivor stories but not act, not until law enforcement could prove otherwise.

We were told not to witness.

In these last ten days of Ramadan, I reflect on what it means for us to bear witness as a community. What does it look like for us to hold perpetrators accountable alongside an on-going criminal process? With the reality that so many sexual crimes go unreported, what does it look like to have a community response plan that is a holistic, victim-centered approach to justice, support and accountability?

How do we shift the conversation from one centered in fiqh (jurisprudence) and move it towards enacting the values of mercy and compassion towards those who have been harmed? How do we collectively work toward a mentality that the existence of even one victim is too much?

Not long ago, I spoke with the mother of a survivor who had been sexually assaulted by a different perpetrator at IIE. The abuse occurred when he was a bright, young boy, not even having fully reached puberty yet. He did not disclose the abuse to his family until nearly a decade later.

This young man, in effort to comfort his mother, who was struggling with guilt, said, “This wasn’t your fault, mom. You gave them a beautiful box filled with your most precious treasure, with the hopes that they would fashion it into something even more beautiful. And they returned it to you empty.”

This young man is the reason I continue to witness.

I know I do not have all the answers, but I am committed to seeking community-based solutions that will elevate survivor stories and work towards accountability. And this Ramadan, I fill my prayers with names that will most likely never be revealed but have a place etched in my heart forever.

Jenan Mohajir is the Curriculum Consultant at Interfaith Youth Core, where she has served in various leadership roles for nine years. She is also a Founding Board Member at Heart Women & Girls. Jenan also loves crafting and lives with her husband and almost three children. The opinions in this essay are her own.

July 12, 2015 Ramadan, the Khalifa and an Ahmadi Perspective
Recent Comments
0 | Leave a Comment
"FsyYOU are hate. Period."
Soren A Ramadan Testimonial of Repentance and ..."
"Thank you for sharing this article along with detail information, and you have mention the ..."
wazeer shaik The Path Through Hajj – One ..."
"Tamerlane is considered an oppressor amongst Islamic scholars and an anti-hero in Islamic culture. It's ..."
Ali Inspiration: Star Wars: An Islamic perspective
"did you head to syria? did you take ilisha?"
mike malzahn Quran, Hadiths or Both? Where Quranists ..."
Browse Our Archives
get the latest from
Muslim
Sign up for our newsletter
POPULAR AT PATHEOS Muslim
1