Ramadan – The Month of Sincerity – AUDIO 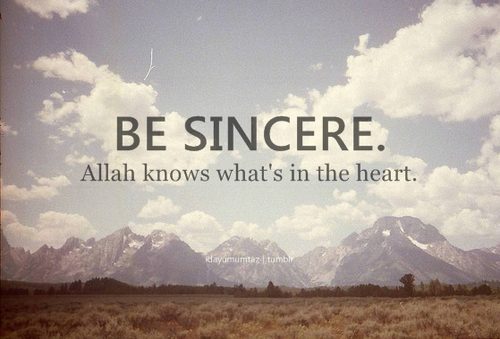 I recently gave a sermon entitled “Ramadan: Month of Sincerity.”

The sermon was based upon the sacred narration in which the Almighty said, “Every action of a child of Adam is for him [or her] except fasting, for surely it is for Me; and I am the one gives reward for it.”

The takeaway points from the sermon were:

1)      The sacred tradition about fasting only being for the Almighty is a metaphor.  All actions are rewarded by the Creator, and the rewards are given based upon the soundness of intentions before knowledge and outward demonstrations.  Unlike other deeds, however, there is no potential for showing off in fasting unlike other acts of worship like ritual prayer, and giving of charity because fasting is truly a secret between the Master and His servants.

2)      Intentions behind deeds are better than the deeds themselves.  Seeking to impress people in worship instead of pleasing the Divine is a form of hidden polytheism.

3)      A worshiper who is conscious of why (s)he is fasting is in the process of purifying their intentions and drawing closer to being more sincere in life.

4)     An example of sincerity that was given was the story of Zaynul Abideen in Al-Madinah and how he secretly fed the indigent while everyone was asleep.

5)      Consciously performing specific goods deeds while no one is around is a method of cultivating sincerity.

Please take a minute to listen to the audio and reflect upon the intentions of our fasting. May our fasts of Ramadan be for His sake.

July 9, 2015
Realistic Expectations and the Right Ramadan Influence - Doing it for His Sake
Next Post

July 11, 2015 Ramadan Reflection - Bearing Witness for Survivors and Victims of Sexual Abuse/Assault
Recent Comments
0 | Leave a Comment
"FsyYOU are hate. Period."
Soren A Ramadan Testimonial of Repentance and ..."
"Thank you for sharing this article along with detail information, and you have mention the ..."
wazeer shaik The Path Through Hajj – One ..."
"Tamerlane is considered an oppressor amongst Islamic scholars and an anti-hero in Islamic culture. It's ..."
Ali Inspiration: Star Wars: An Islamic perspective
"did you head to syria? did you take ilisha?"
mike malzahn Quran, Hadiths or Both? Where Quranists ..."
Browse Our Archives
get the latest from
Muslim
Sign up for our newsletter
POPULAR AT PATHEOS Muslim
1