Does the Quran Teach Compulsion? A Response 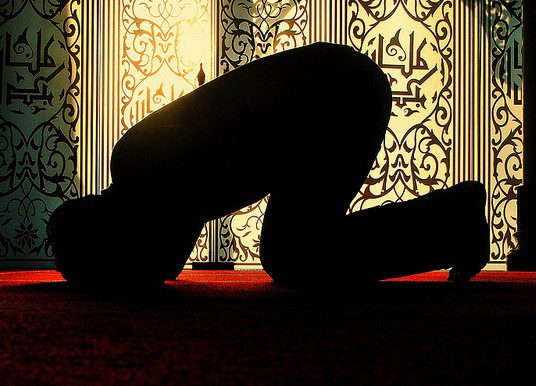 In the protracted media campaign to depict Islam as the enemy of human civilization, there is nothing sadder to me than the misrepresentation of the Quran. The Quran is often portrayed as a book that inspires hatred and encourages Muslims to act violently. This agenda can only be fulfilled, however, by adopting certain superficial assumptions about the text.

The latest critique I read came in the form of a post titled “Is There Compulsion in Islam?” by the clearly pseudonymous “Archi Medes,” a blogger on Patheos Atheist Channel. In this critique, the famous verse of the Quran that mentions no compulsion (chapter 2, verse 256) is claimed to be “exposed.” The author then goes on to make a number of points to support his view that there is indeed compulsion in Islam.

I take issue with Archi Medes not because of his analysis per se – he has, after all, followed the footsteps of the Islamofascists, whom themselves read the Quran agonistically – but rather for the fact that he did not check his analysis from a textual perspective. Of course that would require far greater rigor than what he exerted in his post.

The first question we need to pose is about the concept of “Islam” and “muslim” in the Quran. While these two terms are conventionally used to denote anyone who belongs to a particular cultural matrix known as Islam, which is associated with Prophet Muhammad, they do not have the same cultural connotation in the Quran at all.

In fact, the Quran states that messengers were sent to all communities (10:47, 16:36). All these messengers taught people to be Muslims (2:136, 3:84). Prophet Muhammad is told that he is not bringing any new message (41:43, 46:9). Hence, in the Quranic worldview, it is safe to say that Islam is not a tribalized faith. Rather, it is a universal principle, a philosophical element if you will.

Islamofascists tend to look at Chapter 3 Verse 19, which says “verily the religion in the sight of Allah is al-Islam.” That would seem to clinch the deal! It is only Islam which is acceptable by Allah. But this brings us to another question – which Islam? There are multiple islams that lay claim to the truth.

Notice also the translation of 3:19 above translates every single word except al-Islam. Why is this the case? Perhaps due to the need to identify the “islam” of the Quran to the Islam particular sects of Muslims already embraced! Why not translate the word “islam?” What would we conclude if we do so?

Islam comes from the word salam, which means peace in a variety of contexts (safety, security, deliverance). Therefore Islam is “attainment of peace.” Putting that meaning back in 3:19, we see that the only religion in the sight of Allah is the attainment of peace. Anyone who seeks to attain peace is working for Islam, regardless of whatever label he or she uses.

This is also true for the word “muslim” (small ‘m’ denoting the characteristic rather than the proper name “Muslims” affect). A “Muslim” is one who works towards wholeness and soundness (slim in Quranic language). Through a Muslim’s aforementioned actions, he will bring about islam in the world.

So we now come to another question, what is the true path? The Quran once again is not narrow in its outlook. In chapter 13, verse 17, it talks about a multiplicity of streams, which it then claims is a metaphor for the truth. In other words, truth flows in infinite streams. It is not the sole domain of the Islamic tradition. On the other hand, anyone who strives to bring about the good, is said to be under God’s aegis (29:69).

Who then is a disbeliever (kafir in Quranic terms)? This once again requires a holistic reading of the text. When one has done so, one would find that the term kafir is often associated with ayat (signs). Kufr bil ayat (for example 2:99) is therefore ontological, i.e. it refer to the purview of one’s being. It is not a rejection of any religious culture of tradition. Rather signs which appear in the horizon and in our souls (41:53) are encountered and responded to.

The first description of kufr is as early as chapter 2, verses 6-20. Ironically in this initial passage, the disbelievers are those who are seen to reject the use of their senses and mind and thus proceed to make mischief in the land while claiming themselves to be agents of reconciliation. We will leave it to readers to decide who is most apt to fit this description.

Given the understanding above, we can see how Archi Medes’s “expose” of 2:256 is clearly off the mark. He translated (or most likely, used the translation) of 2:256-257 as follows:

2:256: “There is no compulsion in religion. The right direction is henceforth distinct from error. And he who rejecteth false deities and believeth in Allah hath grasped a firm handhold which will never break. Allah is Hearer, Knower.”

2:257: “Allah is the protecting guardian of those who believe. He bringeth them out of darkness into light. As for those who disbelieve, their patrons are false deities. They bring them out of light into darkness. Such are the rightful owners of the Fire [of Hell]. They will abide therein [forever].

Firstly, rushd (“right direction” in his translation) is, as shown above, not tied to the Islamic tradition. Archi Medes has no basis for his reading. He failed to account for the proper noun modifying the meaning and tying it to spending.  Anyone can achieve rushd if he spends for the sake of God (explained in 2:83, 4:36, 6:151 and 17:23). And, in the Quran, this is never limited to any particular faith.

Secondly, “false deities,” is a poor translation. The word tagha is used in the Quran itself to mean “something which causes imbalance (55:8).” It is ascribed to the Pharaoh of Egypt during the time of Moses who does the same to his people by depriving them of growth and justice. Believing in Allah, as per 2:256, requires a rejection of taghoot, which again is not tied to any religious tradition.

As such, Allah is the guardian of people who fit the description above. If they have believed (in the past tense, not the present as in Archi Medes’ defective translation) in those principles, they will be thus taken into the light.

The campaign against the Quran is one which requires the audience to be very superficial in their analysis. Ironically, Islamofascist rhetoric also require potential Jihadis to do the same. In order for us to reach a better understanding of any culture or civilization, it is vital for us to understand deep discussions embedded in our traditions so that we may discuss more objectively.

Farouk  A. Peru is a human being in the world. He uses the faith – tradition of Islam to formulate his religious identity and as a means to truth.

November 17, 2015 What Can We Do as Muslims in Wake of #ParisAttacks?
Recent Comments
0 | Leave a Comment
Browse Our Archives
Follow Us!