How Can Muslims Proactively Combat or Guard Against Extremists?

How Can Muslims Proactively Combat or Guard Against Extremists? December 5, 2015 Guest Contributor 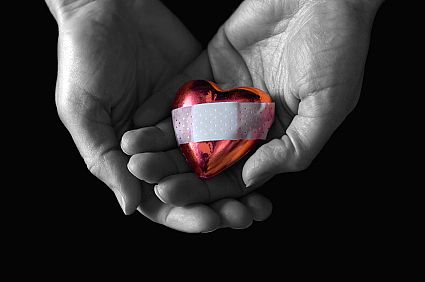 I went to bed last night praying. The news of the San Bernardino murders were just breaking out and obviously, I prayed it would not be Muslims who were responsible. Today, God answered my prayers by allowing it to be just so. The suspect is not only a Muslim but bears my very name – Syed Rizwan Farook.

Sigh … some years ago, there was another one — a would-be under bomber whose name was Umar Farouk Abdulmutallab, and now we have this guy. Letting the Farouks of the world down!

All levity aside, I wish the families of the victims my deepest condolences. I am a victim myself or at least, a would-be one. All Muslims are. No, actually, all people of colour are. I do not wish to racialize this discourse but unfortunately, the process of victimization is based on looks. Since the Paris massacre, there have been reports of people of color being attacked even though they’re not Muslim.

Being Muslim is an internal profession of faith. The Islamophobe cannot see that, so they rely on outward signals, the first being skin colour. It is a form of racial violence, make no mistake about that.

But can we Muslims absolve ourselves from blame? This is not an easy subject upon which to expound. While I am absolutely clear that in no way are Muslims collectively responsible for extremist acts by those who purport to share their faith, I do believe simply disclaiming our association from it is simply disingenuous. After all, we are or likely are to be the victims of Islamophobic attacks.

The attackers are not likely to care if we agree with the extremists or not. Heck, they don’t even care if we’re Muslims or not. Their hatred is something that needs to find expression. Justifiability simply does not come to it.

So yes, we are not responsible. But we can be proactive about it. It is in our interest to do so. Whomever we point the finger at, the fact of the matter is that Muslims were involved in the perpetration of these acts. These Muslims were influenced to do so by certain nefarious individuals and mind sets.

That is something that will happen. People live in the cyber age, and they are within easy reach of extremist recruiters, like ISIS. What we can do is to protect Muslims against their influence by intellectually equipping ourselves.

The way to do that is first and foremost with honesty. In computer science, the strategy of ignoring a problem is called the “ostrich algorithm,” because the ostrich buries its head in the sand at the sign of impending danger. The majority of Muslims, in my experience, use this strategy. We have some choice excuses as “the government is at fault for getting involved in Middle Eastern politics,” but all this does is prove that Muslims cannot accept responsibility for our own actions.

We are reactors rather than wilful actors. My ethics is not determined by what a third party does but rather the dictates of the Quran — and it is strongly against terrorism.

So we need to be honest. There are parts of the Islamic tradition (interpretations of the Quran and hadith) that can be used to promote violence. We need to have open dialogues with the Ulama and ask them about these. Perhaps the Ulama have logical explanations that show these interpretations are not violent after all. If they do not, it is simply not enough anymore to let them off the hook. They need to be told that Muslims wish a return to the original spirit of Islam and move away from Islamofascism.

Another pattern I noticed with these suspects is that, for some time before they actually commit the act, they stay away from their local mosques. Syed Rizwan Farook fits this profile of having stayed away from his local mosque for two years. I believe this pattern is very likely due to the takfiri (hereticizing) nature of the extremists: They see all other Muslims as infidels and with their warped ideology – to be dissociated from, at the very least.

So, what we need to do is to keep the community together. If anyone isolates himself, reach out to him. It is likely to be something innocuous, but let’s not take any chances.

The last point I’d like to raise here is the level of discourse regarding the Quran. In this age of Islamophobia, the ones against Islam are not just from sections of humanity but also from dissenting Muslims themselves (Atheist Muslims, Ex-Muslims, Agnostic Muslims) who literally (pardon the pun) cut and paste the Quran to portray the Quran as a book of violence. Muslims must go deep into our own scripture in order to understand the complex discussions regarding the book.

When an extremist recruiter tells a Muslim youth, the Quran says to “kill the kuffar,” that youth should be able to ask that recruiter why he’s completely ignoring the textuality of the Quran, one of its key features. We need to raise the bar, folks. Simply memorizing and singing melodiously is not enough.

In these difficult times, we should see that support for the Muslim community is fading. We cannot blame the wider community because these attacks keep happening. Rather we need to rise the challenge and help ourselves.

Farouk  A. Peru is a human being in the world. He uses the faith – tradition of Islam to formulate his religious identity and as a means to truth.

December 3, 2015
San Bernardino: When Circles Converge in Violence
Next Post

December 8, 2015 Supporting Ourselves and Each Other – A Spiritual Response to These Times
Recent Comments
0 | Leave a Comment
"FsyYOU are hate. Period."
Soren A Ramadan Testimonial of Repentance and ..."
"Thank you for sharing this article along with detail information, and you have mention the ..."
wazeer shaik The Path Through Hajj – One ..."
"Tamerlane is considered an oppressor amongst Islamic scholars and an anti-hero in Islamic culture. It's ..."
Ali Inspiration: Star Wars: An Islamic perspective
"did you head to syria? did you take ilisha?"
mike malzahn Quran, Hadiths or Both? Where Quranists ..."
Browse Our Archives
get the latest from
Muslim
Sign up for our newsletter
POPULAR AT PATHEOS Muslim
1