Moving Past the Condemnations: Recognizing Muslims’ Contributions to Our Public Safety 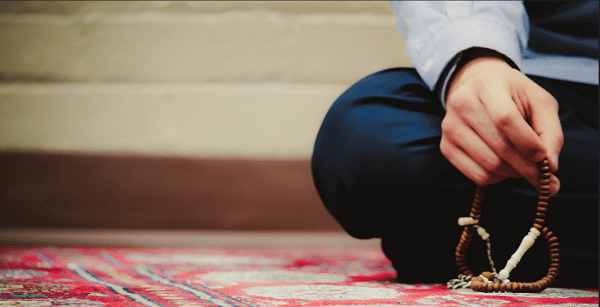 Over the past several months, questions and scrutiny surrounding American Muslims have intensified, particularly amid heated Presidential campaign rhetoric, the Paris attacks, San Bernardino and most recently, Brussels. As a result, many have raised an oft-repeated pair of questions: “Why aren’t American Muslims and their organizations speaking out?” And, “Why aren’t they doing more to combat terrorism?”

As researchers, our interest in this question is part of a larger project to document narratives for and against ideologically-motivated non-state violence. We study violent U.S. far-right movements, as well as Al-Qa’ida and ISIS-related actors. We wanted to examine the empirical validity of these questions and shed some scientific light on them so as to inform current public conversations.

The most immediate and obvious challenge to tackling this question is that one cannot prove a negative. However this quickly became a moot issue.

In little more than two weeks’ worth of time spent collecting our initial data — directly contacting and searching the websites of 21 national-level organizations — we found there have been at least 287 American Muslim condemnations of terror, violence and extremism since 9/11.

Approximately 151 of these condemnations (52 percent) were made by the Council on American-Islamic Relations (CAIR) (81) and the Muslim Public Affairs Council (MPAC) (70), arguably the two most prominent national-level U.S. Muslim advocacy organizations. Another 50 condemnations were initially identified via The American Muslim, an online news and commentary magazine.

We emphasize that data is very preliminary; we have only started to catalogue the numerous articles, op-eds and media interviews produced by national, state and local actors reinforcing this anti-terrorism and anti-extremism message. It is also very narrow, focusing only on American Muslims. Documenting the numerous condemnations made by Muslims outside the U.S. is beyond the scope of our research.

In other words, after barely scratching the surface for information using relatively minimal effort, we uncovered nearly 300 American Muslim statements condemning extremism, terrorism and other violence in the name of Islam. As a result, we are continuing our academic exploration and we will write about our updated findings at a later point.

Yet, from this quick and modest starting point, we were able to find data that runs counter to an enduring myth of “Muslim silence.” If American Muslims’ messages are not being heard, it doesn’t seem to be from a lack of effort.

The other half of the question — American Muslims’ purported lack of action — is based on two problematic assumptions. First is that they are able to broadly act as a collective unit. Second, they are assumed to be unwilling to act.

Let’s start with the second part. In addition to our preliminary findings, other researchers point to the active and ongoing roles that communities, organizations and families play in combating terrorism. It would be not be an overstatement to say that Muslim institutions are hostile territory for Al-Qa’ida and ISIS violent extremists. That’s why ISIS and Al-Qa’ida recruitment into violence happens outside mosques, not in them.

This is not to suggest there aren’t voices of skepticism and resistance to partnerships with law enforcement. For example, CAIR is among the loudest of these oppositional voices. Yet a close examination of their statements suggests they are not opposed to countering violent extremism per se. (In fact, when made aware of information about terrorist activity, CAIR has notified law enforcement.) In their view, they are trying to better balance constituents’ concerns for civil liberties with a desire to keep their communities safe from terrorist recruiters.

The reasons for skepticism vary among individual actors, but the point here is that the reasons for this position are complex. Politics aside, there are other factors to be aware of when thinking about Muslims’ roles in the national struggle against violent extremism.

First, many local communities often face a serious lack of capacity to provide care to specific individuals identified by family, friends and peers as being at-risk of engaging in harm to oneself or others.

Second, they often lack of awareness about the specific dangers posed by terrorist recruiters. Local community leaders, like Imams, often either lack cultural competency or formal education to identify and address things like identity issues and mental health matters, which are exploited by various predators, including extremists. Those that demonstrate such awareness and skills are frequently in such high demand by their communities that they quickly become overwhelmed and often “burnout” within a short amount of time.

A portrait of U.S. mosques — an important center of spiritual, social and civic life for many Muslims — brings these points into sharper focus. A 2012 study found these institutions were typically understaffed and under-financed. Among its findings:

Furthermore, a 2012 study in the Journal of Muslim Mental Health found that only 12 percent of Imams surveyed had any experience in clinical pastoral counseling.

In other words, basic spiritual and social support structures that are often assumed to exist in other U.S. faith communities, such as Jewish and Christian congregations, are largely absent from U.S. Muslim communities.

Although there is a widespread belief that Americans Muslims do not actively condemn or otherwise work against violent threats, our findings suggest otherwise. However given American Muslims’ resource deficits, they need help.

One way to do so, is by embracing alternative strategies to combat domestic violent extremism. The current approach stigmatizes Muslims by focusing only on violence committed in the name of Islam. However research clearly suggests there is more than one category of violent actors to be vigilant about.

One specific option to consider is drawing from successful efforts to combat “targeted violence,” such as mass shooters, and appropriately apply them to lone actor terrorists. Given the parallels between the two phenomena, this direction appears promising. Current practices that build local capacity to prevent mass shootings are effective while also lowering biased outcomes toward minority groups, such as Black males.

Beyond policies, the tone of the national conversation on terrorism needs to change. Currently some Americans seek to blame their Muslim neighbors for the violent criminal acts of a few. This not only fails to solve the problem, it is also inconsistent with our stated values as a free and democratic society.

Having politicians, policymakers and opinion-shapers publicly recognize community-led efforts to bolster public safety — including those from Muslims — would be an important step in the right direction.

Rather than dividing ourselves by scapegoating a particular community, our nation is best served by working together to combat all forms of violent extremism, irrespective of a perpetrator’s color or creed. Ultimately justice is best served by prosecuting individual criminals in the court of law, not indicting the communities they come from in the court of public opinion.

Alejandro J. Beutel is a Researcher for Countering Violent Extremism with the National Consortium for the Study of Terrorism and Responses to Terrorism (START) at the University of Maryland, College Park. Stephanie Choi, Sarala Prabhu and Erika Swanson are CVE Fellows at START.

April 4, 2016
In the Battle Against Islamophobia, We Must Stand with Interfaith Partners
Next Post

April 8, 2016 Insulting Muslim Fashion and Modest Dressing is as Bad as Forcing the Hijab
Recent Comments
0 | Leave a Comment
Browse Our Archives
get the latest from
Muslim
Sign up for our newsletter
POPULAR AT PATHEOS Muslim
1