Why Adoption and Fostering Must be Our Muslim Duty

Why Adoption and Fostering Must be Our Muslim Duty April 28, 2016 Guest Contributor 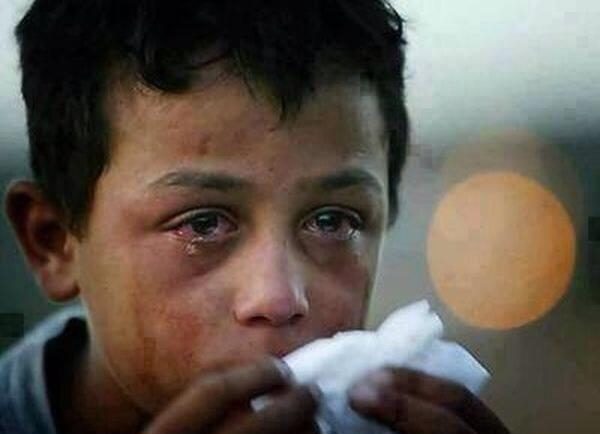 “H-H-Hello, Asalaamu’alaykum. Umm, my name is Amna and I have two young children. The state is terminating my parental rights, and there’s nothing I can do. I didn’t know who else to call. I have one month to find someone before they go up for adoption. Can you please help me find a Muslim to adopt my children?”

The mosque director began a three-week campaign in Tennessee to find Muslims both willing and qualified to adopt these two children, but found none.

Instead, he received either apathetic silence or a flurry of e-mails and complaints insisting that Islam forbade adoption. The weeks came and went without any interest from the Muslim community and the state ultimately placed Amna’s children on their adoption list.

I couldn’t shake this incident and decided to conduct some rudimentary research on the issue. I began by calling adoption and foster agencies in Ohio. “Do you have any licensed Muslim foster parents or do you know of any Muslims looking to adopt?” I received a resounding “no” from each agency. One woman replied that while they worked with plenty of diverse individuals, including gay and Buddhist couples, they see very few Muslims on their networks. When I asked whether Muslim children frequently came into the “system,” she explained that they did, but were amongst the most difficult children to match into homes because of their unique religious and cultural needs. I made similar inquiries in Michigan, Washington, Indiana and Wisconsin only to hear the same response. My inquiries did reveal that the U.S. Department of Health and Human Services attempted a work-around for this problem: publishing guidelines on its website to educate non-Muslim foster parents on the cultural norms and religious traditions of Muslim foster children.

Meanwhile, in a small mosque nestled in the suburbs of south Chicago, a group of women sat cross-legged in a post-prayer circle. One member leaned in and helpfully warned the Malaysian woman who had confessed to having difficulty conceiving, “Adoption is one idea, but it should be the last resort—you have to be careful who you bring into your home!” Another advised her to keep in mind the difficulties of raising an adopted child given the rules of hijab and modesty amongst non-blood members of the opposite gender.

As I quietly observed this exchange, it occurred to me that this is, in fact, the only setting in which I heard adoption being seriously considered within our communities. For most Muslim Americans, it seems adoption is an option solely for women battling infertility— a viable option only because it fulfills the woman’s own desire to raise children. The community pities and prays for her because she can’t have her own, so it reluctantly presents her with the possibility of adopting. Yet this is one side of the coin.

Muslim Americans remain ignorant of the dire need for adoptive and foster parents in this country. Although adoption is an obvious and highly rewarding solution for couples unable to have biological children, most Muslims sitting—and judging—on the sidelines miss out on perhaps one of the most charitable acts advocated by their faith: caring for orphans and neglected children. Not only was the final messenger of God in Islam an orphan, but he raised and fostered a child in his own household. The Qur’an emphasizes the importance of caring for orphans (including children who are “weak and oppressed”) in twelve different chapters and in at least 22 different instances, oftentimes alongside the core requirements of Islam—that we worship God and show kindness to our parents.

In one short chapter, Al-ma’oon,’ which translates to “Small kindness,” God refers to the rejection of an orphan as a rejection of faith itself. He reminds mankind, “Have you seen the one who denies the Day of Judgment? For he is the one who rejects the orphan.” In yet another verse, God rebukes a man in the hereafter, stating first and foremost, “Nay, but you honor not the orphan.” (Qur’an 89:17). The last messenger is reported to have said, “I and the caretaker of the orphan will enter Paradise together like this, raising (by way of illustration) his forefinger and the middle finger jointly, leaving no space in between” [Saheeh al-Bukhari].

Despite all the spiritual benefits and rewards of adoption, I cringe when I imagine the widened eyes and awkward questions that would arise if I myself embarked on such a path. If I wanted to foster a child: How can she just allow anyone into the privacy of her home for a short time? Or, worse, if I wanted to adopt: Is it because she can’t have her own? Why else would she go that route?

In 2011, in the U.S. alone, at least 400,540 children were in the foster care system—a setup in which the state takes temporary custody of children who have no one to safely care for them. The state places most of these boys and girls in individual foster homes until their biological parents are in a position to care for them or until a permanent adoptive parent takes them in. While a child resides in a foster home, the state pays the foster parent/s, who must be licensed individuals, monthly, to care for the children.

While most children remain in the foster-care system temporarily—oftentimes one to five months—before they are returned to their natural parents, some have no chance of reunification with their biological mother and father, because their parents have either passed away or will never be able to provide the children with a safe, healthy home. Although government agencies work diligently, as of 2011, 104,236 children in foster care had zero-chance of reunification and were waiting to be adopted (AFCARS Report 2012).

Children do not lead normal lives within a foster home, and many can expect to “age-out” in the system. At best, these boys and girls will bounce from home to home without any sense of continuity or stability in their lives and at worst, they will find themselves living with foster parents who further abuse them or don’t provide a home which rises to a standard you would consider acceptable.1 I can recall working with a teenager who had been in and out of 16 different foster homes by the time she was 16. Aside from frequently shuttling from one foster home to another, these children become accustomed to monthly court visits, weekly case-worker visits, frequent attorney meetings, and, quite frankly, very little privacy.

I have had the opportunity to work with many parentless children within the Court Appointed Special Advocate Association (CASA) as well as the Cook County Public Guardian’s Office. A Muslim mother who came into my office once crossly asked me why we could not temporarily place her children in a Muslim foster home while she underwent treatment for a mental illness. The answer was both an easy and difficult one at the same time. “Well ma’am,” I replied, “there are none.”

Of course, for a Muslim, both fostering and adopting a child poses unique challenges, some which stem from the fact that Islam refuses to completely strip even an adopted child of his biological origin. In other words, Islam demands that adopted children keep their last names, and adoptive parents may have to adhere to certain rules of modesty when it comes to interactions between the child and members of the caretaking family of the opposite gender. Easy? Hardly. But maybe that‘s why those who care for an orphan will sit alongside the Prophet in Paradise. Maybe raising an orphan alongside my own biological son won’t be so bad for my son, who may learn a thing or two about the essence of this faith and the magnitude of human generosity.

If you are interested in learning more about adoption and/or becoming licensed foster parents, please call foster care and adoption agencies in your city.

Yusra Gomaa is a contributor to Kafala Talk, a Muslim blog on adoption and fostering, and a board member of New Star Kafala , the only Muslim adoption agency in the US (www.newstarkafala.org). This article originally appeared in Altmuslimah, which is not affiliated with Altmuslim.

May 4, 2016 Sponsoring an Orphan Not Enough: A Muslim Adoption Agency Pushes for More
Recent Comments
0 | Leave a Comment
"FsyYOU are hate. Period."
Soren A Ramadan Testimonial of Repentance and ..."
"Thank you for sharing this article along with detail information, and you have mention the ..."
wazeer shaik The Path Through Hajj – One ..."
"Tamerlane is considered an oppressor amongst Islamic scholars and an anti-hero in Islamic culture. It's ..."
Ali Inspiration: Star Wars: An Islamic perspective
"did you head to syria? did you take ilisha?"
mike malzahn Quran, Hadiths or Both? Where Quranists ..."
Browse Our Archives
get the latest from
Muslim
Sign up for our newsletter
POPULAR AT PATHEOS Muslim
1