Close your eyes for a minute. Now picture in your mind’s eye the image of “good” Muslim. Visualize how that person dresses, how they walk, talk and behave. Think of their daily habits as well as those things that they avoid as they walk through their lives. Now open your eyes.

Did you picture a drunk? Probably not. After all, drunks engage in all sorts of behavior that one would likely recognize as being inconsistent with Islam. Alcohol itself is prohibited and the types of inhibitions that alcohol loosens are likewise prohibited. So the logical conclusion is that a drunk is axiomatically NOT a good Muslim.

But then we have this:

Narrated ‘Umar bin Al-Khattab: During the lifetime of the Prophet there was a man called ‘Abdullah whose nickname was Donkey, and he used to make Allah’s Apostle laugh. The Prophet lashed him because of drinking (alcohol). And one-day he was brought to the Prophet on the same charge and was lashed. On that, a man among the people said, “O Allah, curse him! How frequently he has been brought (to the Prophet on such a charge)!” The Prophet said, “Do not curse him, for by Allah, I know for he loves Allah and His Apostle.”  (Sahih Al-Bukhari – Volume 8, Book 81, Number 771)

What this narration does not explain is that this man, Abdullah, was a drunk in every sense of the word – I mean a habitual, stumble-bum, jovial, happy drunk. Other narrations shed more light on this, and a more in depth account of Abdullah and his drunkenness can be found here.

What is most telling and revealing about the narrative accounts of Abdullah is that, despite his failings, he remained a part of the Muslim community in Madinah. In fact, it is narrated that he even made the Prophet Mohammed laugh. And when rebuking his companions after they cursed Abdullah, the Prophet (according to one narration) warned them to “not help Satan against your brother,” for such rebuke might perhaps lead to him becoming ostracized from the community (my interpretation).

Now think about our Muslim communities, how we talk about sin and transgression and how we view those amongst us who fall short in pursuing the Muslim ideal (whatever that’s supposed to mean). I can’t tell you how many times I’ve personally heard or read about Muslims warning others against associating with certain people or classes of people. Or think of the “holier than though” attitudes of many Muslims.

I contend that our communities aren’t the inclusive spaces that the city of Madinah was during the life of the Prophet. We don’t have room for people’s most minute foibles, let alone a drunk. So, we have members of our community who are left out in the cold, spiritually speaking.

There are people who have real problems or issues that they can’t talk about or share for fear being cast under the collective jaundiced eye of our sanctimonious communities. They stew in their despair and pull back; and despite their often sincere desires to heal themselves religiously and spiritually, they simply feel they can’t, given the communities to which they belong. And this is where the extremists step in.

When I look at so much of the violent extremism that has transpired over the past few years, I see outcasts whose “brothers and sisters” have failed to heed the Prophet’s words and have instead helped Satan against these individuals.

Look at the Orlando shooter, Omar Mateen. We have a young, not particularly religious individual who was himself, according to reports, a regular at that gay nightclub and who contacted other men via gay dating apps. Tell me which Muslim community he was going to turn to deal with what may have been conflicted feelings regarding his sexuality?

I’ll tell who he did apparently turn to: Extremists or, at the very least, extremist ideologies on the internet.

Look at many of these other rampages in Europe and even in Muslim countries: You have individuals who likely feel that their lifestyles have taken them beyond the mercy and forgiveness of Allah. And our own communities reinforce this notion. As a result, you have misguided, isolated young men who then fall for the very first person who extends a welcoming hand.

In these cases, it’s the extremists who perhaps tell them that by committing these atrocities, they can be redeemed. No forgiveness and acceptance in your community?  No problem, ISIS has spot for you on its team.

This lack of inclusion within our communities is one of the reasons parents and community members sometimes miss the process of radicalization. The way I imagine it taking place is as follows:

In an alternate scenario, the son might start praying again and wearing “Islamic clothing.” The parents, overjoyed that their son is praying and falling in line with cultural traditions, don’t bother to look into the deeper issues of what’s going on with their son.

And of course there’s also the convert narrative of radicalization in which the convert, slowly coming in to the faith, finds established Muslim communities unwelcoming for a range of reasons.

Whatever the case, I fear that our own communities, in many places, remain environments in which the superficial and judgmental take precedence over the spiritual, the forgiving and the accepting.

Therefore, I ask Muslim communities the following:  would you accept a drunk in your midst as the Prophet did? Discuss amongst yourselves.

Ali Asadullah was formerly the founding editor of iViews.com, one of the first American Muslim news and views publications on the internet. He writes on a range of topics related to Islam, Muslims, current affairs, and culture. 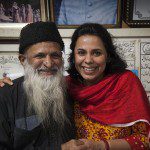 August 5, 2016 Abdul Sattar Edhi: 'The greatest thing Islam teaches is humanity'
Recent Comments
0 | Leave a Comment
"FsyYOU are hate. Period."
Soren A Ramadan Testimonial of Repentance and ..."
"Thank you for sharing this article along with detail information, and you have mention the ..."
wazeer shaik The Path Through Hajj – One ..."
"Tamerlane is considered an oppressor amongst Islamic scholars and an anti-hero in Islamic culture. It's ..."
Ali Inspiration: Star Wars: An Islamic perspective
"did you head to syria? did you take ilisha?"
mike malzahn Quran, Hadiths or Both? Where Quranists ..."
Browse Our Archives
Related posts from altmuslim