Republican presidential candidate Donald J. Trump laid out his plan, or rather thoughts, to combat “radical Islam” in a “much-heralded” foreign policy/terrorism policy speech given in Youngstown, Ohio this week. While Trump is often reduced to ridiculous soundbites, I decided to watch and breakdown his speech, point-by-point, so we can really gain an understanding into what we may be facing with a possible Trump presidency.

I won’t insult anyone by repeating the elementary school playground comments he made about Democratic presidential candidate Hillary Clinton, as they lacked the same mental and physical stamina that he stated Hillary does not have.

Let’s just get to the meat of his speech.

On Falsities and the War in Iraq

Trump began by trotting out oft-repeated talking points about how he was opposed to the war in Iraq from the beginning and pointing out that Clinton voted for it. This is a legitimate statement, and we all should be reminded of Clinton’s vote.

Trump then went on to accuse Obama of a rapid pullout of American troops from Iraq after he took office and how that set the stage for the current crisis in Iraq. This would also be a valid criticism if it were based on reality. Sadly though, for Trump reality is a stranger.

After then President George W.  Bush’s much-vaunted surge and the crushing of al Qaeda in Iraq, the drawdown of American forces was already well underway before Obama even took office.

This eventually was subsumed into a force called ISIS.

If American troops had stayed on, would they have been welcomed to interfere in the Iraqi government’s affairs?  I suspect that the same marginalization of Sunni Iraqis would have taken place anyway, and the only difference would be that American soldiers would have been caught in the middle.

Trump then went on to say that we should have kept Iraqi oil. He stated that by doing so we would have kept it out of the hands of ISIS and helped ourselves financially. This is again a reductive and simplistic view of the situation in Iraq. Most of the oil infrastructure was damaged or even destroyed during the overthrow of Saddam Hussein.

It took years to fix the oil facilities at great cost to America, and even today Iraq is not pumping oil at the same quantities as it was in decades past. And, this view also presupposes that Iraqi oil is all in some massive storage tank somewhere in the middle of the country, when in fact there are thousands of individual wells in large fields and small fields. Defending them and holding them with American forces would be a nightmare.

Trump stated “to the victor goes the spoils” – except that the oil belongs to the sovereign nation of Iraq, whose government we established. America does not take “spoils” from friendly nations.

On Radical Islam and Immigration

Trump then launched into the main part of his speech, in which he laid out a policy of dealing with “radical Islamic terrorism” that can best be broken into several parts:

On the first point I feel that Trump is obsessed with 9/11 and is still fighting that battle years later. We are now 15 years later, and the world has changed. Reducing the world to fighting against global terrorism or radical Islamic terrorism or whatever you want to call it, puts America in a very weakened state for dealing with conventional military threats that I believe are looming much more directly.

China’s aggressive moves in the South China Sea and East China Sea need to be countered, and we need to show our Southeast Asian allies that we aren’t ignoring them. Russia’s irredentism in Ukraine, Crimea, Georgia and the Baltics is an even greater threat given that Putin has already proven willing to use espionage and direct military action to get what he wants there.

Terrorism at this stage isn’t the only thing in the list of direct threats to the U.S.

Click “continue” to read analysis of Trump’s proposed immigration tests, shutting down internet access for ISIS, hollow calls for bipartisanship and to see a video of his speech. 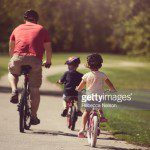 August 23, 2016 As a Muslim American Mom - Fighting for My Country, My Children
Recent Comments
0 | Leave a Comment
"FsyYOU are hate. Period."
Soren A Ramadan Testimonial of Repentance and ..."
"Thank you for sharing this article along with detail information, and you have mention the ..."
wazeer shaik The Path Through Hajj – One ..."
"Tamerlane is considered an oppressor amongst Islamic scholars and an anti-hero in Islamic culture. It's ..."
Ali Inspiration: Star Wars: An Islamic perspective
"did you head to syria? did you take ilisha?"
mike malzahn Quran, Hadiths or Both? Where Quranists ..."
Browse Our Archives
Related posts from altmuslim