I was 27 years old, and I was writing my will. I was apologizing to friends and family if I had ever done anything to hurt them. I was thinking over my life.

It was an eerie feeling as I imagined the possibility of dying and never returning to my apartment. To my bed. To my books. To the fridge that still had some food in it that I hadn’t found the time to give away or discard.

I wondered how it would be if I died and someone came to my apartment and saw the rotting food – which would have rotted by then – in my fridge. I was angry at my husband for leaving tiny specks of hair from his freshly trimmed beard and head scattered across the bathroom sink and tub.

What if we didn’t come back and someone else came and saw this mess? I thought as I wiped it away frantically.

We were leaving in a couple of hours and my mind was in a state of frenzy. I was excited, I was scared. I felt spiritual, I felt emotional. I couldn’t figure it out. And I didn’t have the time to.

My husband and I were embarking on the once in a lifetime journey of the Hajj, or the pilgrimage to Mecca. We were both students, and we were making this journey in the middle of the fall semester in 2013. That meant we had a lot of stuff to deal with and wind up prior to leaving, some things we just hadn’t been able to get to – like the food in the fridge or the clothes we had contemplated taking, but decided not to, strewn over the couch.

Hajj is religious obligation that Muslims who are financially and physically capable must fulfill at least once in a lifetime. Because of the dangers and difficulties involved in the journey, the Hajj has always been a powerful reminder of death. In the past, people would set out not knowing if they would ever return home. Over the years, although the difficulties of travel and scarcity of resources to cater to the pilgrims have eased, there have still been a number of deaths in accidents and disease outbreaks each year.

It is for this reason that pilgrims are taught to make preparations for death prior to their departure. This involves repaying all debts or making arrangements for them to be paid, writing a will and apologizing to friends and family for any wrongs you have done.

And so, I did all of that. I was excited to be making this journey. To be visiting the birthplace of my faith. To be getting the chance to pray at a place where Allah has promised He answers every prayer. And to be one of the close to two million people who had been blessed with the opportunity to make this journey that year. I was elated. But that eerie feeling still gnawed at my heart at various points in the journey. I was scared when I was squeezed in a crowd of massive proportions when making the circumambulation of the Ka’aba, the black cubicle structure Muslims around the world turn towards in prayer five times a day.

I was frightened when people started yelling and pushing when we were in a queue to enter the Grand Mosque on the Friday right before the major Hajj rituals began. The horror stories of people being trampled and crushed in stampedes that we had heard and read came crashing back to me.

At these moments of chaos and confusion, I also felt my concentration in prayer affected. I wished it could be easier to get inside the Grand Mosque and closer to the Ka’aba without having to deal with the unruliness of the crowds. I wished for a peaceful moment of reflective prayer right in front of the Ka’aba.

But as the days progressed and I became a little more used to the crowds and the confusion, I gained a perspective that I felt was missing when I had left home and when I arrived in Mecca.

Patience – that is the most important thing you must practice in the Hajj, our guide had said. In each preparatory lecture and each talk he gave us there, patience was always mentioned.

The Hajj is unique in that it is a journey where Muslims set out for soul-searching, seeking forgiveness and to be connected to God, not to a secluded area, but to a place where close to two million people converge.

Perhaps that is what it was all about.

To find that inner peace, that concentration and that connection despite all the chaos, confusion and uncertainty. To find that spiritual zenith in the midst of our busy, bustling lives. To understand that everything is part of a greater plan, a system set by God. To come out stronger at the end of it all. And I raised my hands in prayer.

I would miss being there when I went back home. 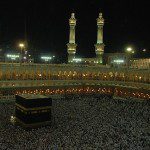 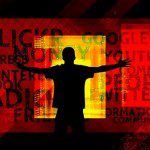 September 20, 2016 Trending Trolls and Being Silent on Social Media
Recent Comments
0 | Leave a Comment
"FsyYOU are hate. Period."
Soren A Ramadan Testimonial of Repentance and ..."
"Thank you for sharing this article along with detail information, and you have mention the ..."
wazeer shaik The Path Through Hajj – One ..."
"Tamerlane is considered an oppressor amongst Islamic scholars and an anti-hero in Islamic culture. It's ..."
Ali Inspiration: Star Wars: An Islamic perspective
"did you head to syria? did you take ilisha?"
mike malzahn Quran, Hadiths or Both? Where Quranists ..."
Browse Our Archives
get the latest from
Muslim
Sign up for our newsletter
POPULAR AT PATHEOS Muslim
1