This is the first in a four-part series focusing on the 2016 election cycle and how American Muslim communities factor into the political process.

Like no other election cycle in recent memory, the 2016 presidential campaign has been fraught with an intense focus on Muslims, Islam and Muslim communities. We’ve heard all sorts of absurd policies and rhetoric directed at Muslims—ranging from calls to ban us from entering the country to suggesting that Muslims have an exclusive burden to prove that we “love America and freedom” and “hate terror” in order to “stay here.”

Politicians have been able to get away with targeting Muslims because—for now—promoting anti-Muslim rhetoric and policies carries an extremely low political cost. In fact, in certain circles, it seems to come with a political reward.

In order to effectively push back, Muslim communities need to build political and social power—with a long-term focus on organizing with other marginalized communities.  The Institute for Social Policy and Understanding (ISPU)—a D.C. and Dearborn-based think tank that focuses on American Muslim communities—provides a number of research based strategies for mobilization and coalition building.

One of ISPU’s key recommendations to gain political representation and power is voting. While who you vote for isn’t public, whether or not you vote is. And politicians and political operatives are constantly analyzing voter data when deciding which populations to engage with. A lack of participation has consequences—if policymakers know that they can win office without the votes of Muslims in their community, it becomes easier to ignore that community’s concerns.

Voting is one of the few tools that communities have for holding officials accountable. One recent example of this can be seen in Cook County, IL, where Black organizers successfully ousted state attorney Anita Alvarez after she was accused of being involved in the cover up of the police killing of Laquan McDonald.

Fortunately, in response to the vitriol of this campaign cycle, Muslims have launched unprecedented voter mobilization efforts. From local organizations like the Georgia Muslim Voter Project to national campaigns like the US Council of Muslim Organizations’ (USCMO) One America and the #MyMuslimVote campaign by MSA National and MPower Change, there has been an increased push to get Muslims registered, engaged, and out to the polls. This has led many to predict a historic Muslim voter turnout come November.

Beyond voting, Muslim communities should invest in building organizations with capacity for sustained political action. This means creating sustainable funding, investing in leadership development and building relationships and coalitions with other groups. Using organizations to participate directly in electoral campaigns is one way to make an impact. In local races that can come down to a few hundred votes, organizing even a dozen people to knock on doors or make phone calls can make a big difference.

An “outside” strategy is crucial as well. Organizing and applying pressure by creating digital and social media campaigns, holding rallies and press conferences and creating crises for those in power through direct action and civil disobedience—all of these tactics can and should be used as parts of a strategy for building long-term political power.

MPower Change is one organization that utilizes a variety of tactics to help build grassroots Muslim power in the pursuit of justice for all people (disclosure: I am employed as campaign manager there).

While some may be skeptical about the ability to make an impact on national politics (though the density of Muslims in swing states suggests otherwise), local organizing efforts should not be discounted—from anti-mosque zoning regulations to Eid school holidays, local officials have a myriad of effects on our lives as Muslims. Organizing and voting up and down the ballot matters in every election.

And, while the focus of many efforts this cycle has been on combatting Islamophobia, as whole members of society, Muslims are affected by a range of issues and policies. Whether it’s the fight for fair wages impacting immigrants working in the fast food industry or the Movement for Black Lives, which affects the one-third of Muslims in America who are Black, it’s important for Muslims to get involved in a variety of issues and organizations and maintain a broad movement-building perspective.

The data reflects these concerns—in a recent poll conducted by ISPU, Muslims cited their top three policy priorities as the economy, racism/civil liberties, and education.

By not participating in political and electoral systems, Muslims run the risk of leaving Islamophobia and anti-Muslim hate unchecked. But, by voting and investing in sustained organizing and action, we can increase the political cost of hate and work towards a society that guarantees justice for all.

Mohammad Khan is a campaigner and political organizer. He’s the campaign manager at MPower Change, where he develops and directs campaigns to build the political and social capital of Muslim communities in the fight for justice for all people. Mohammad has worked in electoral, issue, and civic engagement campaigning and organizing—from gubernatorial and City Council races to efforts including police reform, protecting public education, and exposing political corruption. He focuses on transformative movement-based organizing and building the power of marginalized communities.

October 7, 2016 We are Strongest When We Refuse to be Divided
Recent Comments
0 | Leave a Comment
"Thanks for sharing informative blog with us regarding the halal meat revolution."
Boxed Halal Sustainability: The eco-halal revolution
"Salam. I am going to be blunt and honest with you. Girls who are doctors, ..."
Rubina Ahmed Looking for Love and Finding Awkwardness ..."
"FsyYOU are hate. Period."
Soren A Ramadan Testimonial of Repentance and ..."
"Thank you for sharing this article along with detail information, and you have mention the ..."
wazeer shaik The Path Through Hajj – One ..."
Browse Our Archives
Related posts from altmuslim 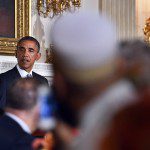 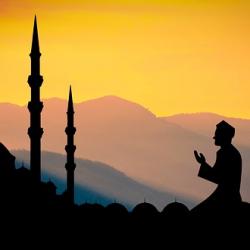 Muslim
'Reading' the Quran - How Will You Live...
altmuslim
TRENDING AT PATHEOS Muslim