A Tale of Two Iftars

The White House and other government agencies have held Ramadan iftar dinners for decades, but Trump’s version will flip the previous model on its head.

Many Americans don’t realize that for a few decades now, the White House, State Department and other government institutions have regularly held Ramadan iftar dinners — fast-breaking meals for Muslims observing Ramadan — for a variety of domestic and international guests. They have been seen as both a diplomatic event to break bread with dignitaries from Muslim-majority countries as well as a way to integrate American Muslims into the government institutions that represent them. They have been held with such uncontroversial regularity, through both Democratic and Republican administrations, that it seemed all but institutionalized.

But the hastily-announced White House Ramadan iftar scheduled for tonight, after having been skipped last year in the wake of the “Muslim ban,” will likely flip the previous version on its head — bringing Muslims to the White House not as a means of reaching out or fostering inclusion, but as a way to reinforce the President’s existing policies vis-a-vis global Muslim communities, including American Muslim ones.

We need only look at President Trump’s interactions with Muslims near and far both during and after his campaign to triangulate how exactly this new gold-plated iftar will materialize. As a candidate, Donald Trump used and exacerbated fear of Muslims for everything from banning refugees to railing against the Iran nuclear deal in order to drum up support. While this did not require him to be in the presence of any actual Muslims, being President regularly puts him in contact with them.

His pattern — as it is with much of his interactions with the public post-election — is to identify validators who enthusiastically support his policies so as to give him cover. And as evidenced by his first overseas diplomatic trip to Saudi Arabia, Trump has identified many countries who are only too happy to play the role.

Given that President Trump’s interaction with Muslims here at home is close to nil, Wednesday’s iftar will almost certainly consist mainly of diplomats from the countries cheering on his foreign policy and turning a blind eye to his domestic ones. Isolated from criticism at home, Trump will bask in diplomatic validation reminiscent of the over-the-top reception he received abroad, feted by many of the same people.

The short notice given between the announcement and the event pretty much guarantees this, as much more time is needed to invite and vet domestic attendees. Diplomats need hardly a day’s notice — after all, it’s their job.

It didn’t use to be this way. Between 2011 and 2014, I organized the State Department iftar for Secretaries Clinton and Kerry, and our team worked hard to invite a broad swath of Americans — foreign policy critics and allies alike, NGOs that serve as a bridge between America and Muslim communities around the world, civil servants who work daily among Muslims, and young people who can be inspired to public service. While diplomats were certainly welcome — invitations are routinely sent out to anyone representing a country with at least a significant Muslim minority — the focus was on bringing a diverse set of American Muslims to the table so that they could play a role in bridge building, diplomacy and policy making.

It was a public marker of inclusion that put on notice countries with sketchy human rights records and histories of fear-mongering: The U.S. is confident enough to bring diverse voices to the table and offer them the opportunity to share their talents with their country.

Sadly, we’ll be trading in that legacy for yet another campaign rally, one that promises to veil the disintegrating relationship with Muslims around the world and at home with a party catering to an exclusive set of attendees, most of whom being either ignorant of or complicit in extending Trump’s hostility to ordinary Muslims beyond our shores.

About Shahed Amanullah
Shahed Amanullah, a tech entrepreneur and co-founder of Affinis Labs, is a former Senior Advisor for Technology serving under Secretaries of State Hillary Clinton and John Kerry. You can read more about the author here.
Previous Post 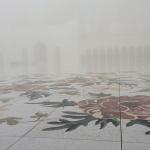 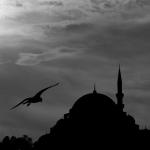 June 7, 2018 The Pursuit of Stillness in Ramadan, in Life
Recent Comments
0 | Leave a Comment
Browse Our Archives
get the latest from
Muslim
Sign up for our newsletter
POPULAR AT PATHEOS Muslim
1

Muslim
Why Does Allah Allow Human Suffering? For What...
altmuslim
TRENDING AT PATHEOS Muslim