Why Does Allah Allow Human Suffering? For What Purpose?

In other words, a loving and omnipotent God seems to be at odds with the suffering in the world.

But, what kind of solutions have philosophers discovered in reply to the Epicurean paradox? And, more importantly for Muslims, do we find any insights in the Quran help to resolve this problem?

Such a depiction of God would be incompatible with the image drawn by Abrahamic religions. God in Judaism, Christianity and Islam is perfect, good and omnipotent. Therefore, presenting God as limited in either power or goodness as the reason for human suffering is not an option in Islam.

Then how can a Muslim respond to this paradox? In the history of Muslim thought, many philosophers from different schools −Al-Ghazali, Avicenna, al-Nazzam and Razi − have tackled the problem of suffering. Some referred to the question that angels asked Allah about the creation of humans:

And [mention, O Muhammad], when your Lord said to the angels, “Indeed, I will make upon the earth a successive authority.” They said, “Will You place upon it one who causes corruption therein and sheds blood, while we declare Your praise and sanctify You?” Allah said, “Indeed, I know that which you do not know.” (2:30)

Angels question Allah early in the Quran about the creation of beings capable of committing evil acts and causing pain to other living beings. Allah’s reply is that He has reasons that are not discernible to creatures with limited knowledge. Indeed, this is one of the classical answers philosophers and theologians come up with to solve the problem of suffering: God is perfectly good and omnipotent, yet those attributes need not entail that He stops all suffering in the world.

With this thought, God might have a plan that would morally justify His allowing of suffering. The existence of suffering may have certain functions that prevent Him from stopping pain and suffering in the world. For instance, suffering may be necessary to produce more human happiness than a world without suffering.

However, as skeptical theism argues and the Quranic passage above affirms, we are not always capable of understanding what those functions are. There are other verses in the Quran that refer to the limits on human knowledge, which prevent a full and true evaluation of the events we face:

Suffering and Free Will

According to Islamic teachings, although human beings can grasp just a small part of reality, they are inclined to make judgments as if they perceive the whole of reality. A story about Moses (18:65-82) illustrates both human impatience and the all-too-human failure in making accurate judgments. In this parable Moses meets a man, known as Khidr in the Islamic tradition, − who has special knowledge that he received from Allah.

Thanks to this knowledge Khidr could see the inner reality of things. Using that knowledge, he commits seemingly evil acts that are aimed at protecting innocent people and increasing their welfare in the long run. Once again, with this parable Muslims are reminded that “of knowledge, mankind have been given only a little.” (17:85)

The Quran not only points out limited human knowledge in relation to the problem of suffering, it relates, as many philosophers do, the suffering in the world to human free will. Although Allah guides and motivates human beings to be moral, just and righteous, He also let them to be free in making their choices, which includes acting immorally and causing suffering.

This is closely related to another theme in the Quran: The existence of free will is crucial and indispensable in Islam because this world is believed to be a test for human beings. Thus, creating robot-like creatures who have no option other than committing moral acts would defeat the purpose.

He who created death and life—to test you—as to which of you is better in conduct. He is the Almighty, the Forgiving. (67:2)

Or do you think that you will enter Paradise while such [trial] has not yet come to you as came to those who passed on before you?(2: 214)

These verses also note that the reason behind the existence of suffering stem not only from human evil acts, but also from diseases and natural disasters. Although Allah wants to reward human beings, He wants them to earn this reward through being moral, righteous, grateful and patient in difficult circumstances. In the absence of hardships, staying righteous is not really challenging, and hence it does not act as a key distinguishing factor among human beings.

Pain and suffering are not only tools Allah uses to test human beings. They are also agents that provide us the opportunity to grow. This view, known as the “soul-making theodicy,” has been more recently promoted and developed by British philosopher John Hick. According to the soul-making theodicy, this world is not a paradise. We are here to develop our character − our soul − in the best way possible and earn God’s love and His paradise. The Quran makes a similar case about the function of suffering:

And We will surely test you with something of fear and hunger and a loss of wealth and lives and fruits, but give good tidings to the patient, who, when disaster strikes them, say, “Indeed we belong to Allah, and indeed to Him we will return.”. Those are the ones upon whom are blessings from their Lord and mercy. And it is those who are the [rightly] guided. (2:155-157)

Thus, from the Quranic perspective, pain and suffering restore the relationship between Allah and human beings. The bad experiences we go through remind us of our imperfect nature and vulnerability. If human beings were not reminded of their weaknesses, they would not easily feel the need they have for God in their lives.

No! [But] indeed, man transgresses. Because he sees himself self-sufficient. (96:6-7)

It is not only the Quran that states human beings have a tendency to seek shelter in God when they face hardships. In his Future of an Illusion Sigmund Freud argues that human beings created the concept of God because of their fragility and weakness. Although he did not believe in God, Freud understands that hardships make human beings search for a transcendental power.

The role of pain in fostering the right relationship between Allah and His creatures was so crucial that even prophets were reminded of their need to their Lord through pain:

…They were touched by poverty and hardship and were shaken until [even their] messenger and those who believed with him said, “When is the help of Allah?” Unquestionably, the help of Allah is near. (2: 214)

Pain and suffering not only restore our relationship with God, they are also helpful in restoring our relations with others who are living in harder conditions. Passing through painful experiences, we start to empathize with those who suffer and get closer to them even though we were unconcerned about them before.

Consider the example of a 1999 earthquake that caused thousands of causalities in Turkey, and a less destructive but still strong earthquake that hit Athens a few months later. Historically, relations between Turkey and Greece have been tense, even to the brink of a war. The earthquakes forced Greek and Turkish NGOs and states to set aside their animosities and organize joint rescue operations.

Eventually, the earthquakes substantively changed the perception of the “other” in a positive way in both countries.

An Absurd World in the Absence of Pain

And give good tidings to those who believe and do righteous deeds that they will have gardens [in Paradise] beneath which rivers flow. Whenever they are provided with a provision of fruit therefrom, they will say, “This is what we were provided with before.” And it is given to them in likeness. (2:25)

Finally, as Hick states, a world without pain and suffering would be absurd on many grounds. In such a world working would be meaningless, since no one would experience hunger in a suffering-free world. And in a world without suffering, natural laws would not work properly. Gravity, for instance, would stop working when someone decides to commit suicide by jumping off a cliff. In such a world where natural laws keep changing, science would not be possible.

Some Marxists criticize Islam and other Abrahamic religions for perpetuating the justification for human suffering, creating false consciousness and spreading exploitation in the world. But, Islam does not teach believers to tolerate the power holders or oppressors who make people suffer. Believers are not expected to submit to oppressive power holders; on the contrary, God wants the oppressed to replace the oppressor:

Besides, in the Quran (13:11; 30:41) Muslims are also reminded that the solution to social problems is to change those conditions instead of merely asking and waiting for divine help.And, the Quran does not praise this-worldly asceticism. On the contrary, Muslims are asked to seek happiness in both this world and the next (2:201).

So, while the Quran asks Muslims to submit to God and be grateful to him no matter what the conditions are, it does not glorify suffering as some eastern religions do.

However, these possible reasons for the existence of suffering deal only with the intellectual aspect of the problem. Suffering has a strong emotional side as well. Even if theists are able to show that God and suffering are compatible, this does not help relieve the suffering of people.

About Alper Bilgili
Alper Bilgili is a sociologist specialized in the sociology of religion. He was formerly a post-doctoral researcher at the University of Leeds, in the School of Philosophy, Religion and History of Science. Bilgili’s recent book Bilim Ne Değildir? (What Science is Not: A Philosophical and Sociological Analysis of New Atheism) was published in 2017. His Altmuslim column, "Veritas" is published (usually) in the third week of every month. Find him on Twitter @DrAlperBilgili You can read more about the author here.
Previous Post 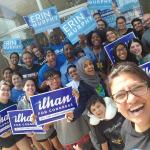 September 5, 2018
In the Midst of Rampant Islamophobia, American Muslims are Making Political History
Next Post 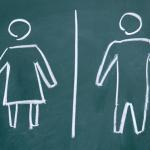 September 11, 2018 How the Sacred Law of Gender Relations Can Teach Us R-E-S-P-E-C-T
Recent Comments
0 | Leave a Comment
Browse Our Archives
Related posts from altmuslim