Are Muslims Willing to Travel the Road to Religious Modernity?

Islam as it developed up to this point, especially the one promoted by wealthy Arabs is a highly legalistic institution where many Muslims tend to ask so-called religious scholars if something is halal (allowed) or haram (forbidden). A philosophy of anti-enjoyment of life is prevalent among many, believing that any enjoyment here on earth is questionable and true pleasure will be enjoyed only during the next life, where all that is forbidden here is allowed there[1].

This fatalistic, self-defeating culture is causing too many Muslims to accept a life of deprivation as if deprivation is their destiny, while the Quran calls for the Muslims to fully enjoy this life on earth in moderation.

When Muslims gather for Friday prayers, the Imam usually reminds them in his sermon, no matter what the main crux of that sermon is, that this life is a test, it is not for us to enjoy because we will fully enjoy life in Heaven. Often our imams will remind us that others, namely those Christian Westerners who are enjoying life to its fullest on earth, will end up in Hell.

So, Heaven is ours and Hell is theirs. This is the poison too many Muslims learn from an early age, through a stagnant interpretation of Islam.

This kind of religion that too often serves as shackles around the believers’ necks is the main reason for the present status quo. What Muslims need is a new set of ideals based on a fresh reading of the Quran and the Sunnah (the actual example) of the Prophet (pbuh), where they will find that all the bounties on this earth and beyond were created for them, and they should use it wisely.

Do you not see that God has made everything in heaven and on earth subject to you, and has abundantly showered you with His favors, [both] seen and unseen? Yet some people argue about God in ignorance without guidance or illuminating Scripture. (Q 31:20)

However, there is a balance between our worldly life and the life of the hereafter that the Quran  teaches. It says:

Seek the Hereafter with what God has given you, but do not neglect your share of this world. Do good as God has done good to you. Do not seek to cause corruption in the land, for God does not like those who spread corruption. (28:77)

The Quran is teaching balance and equity — to enjoy the bounties and share them with others. Do good and seek to benefit others. Those others are not necessarily always Muslims, for the Quran teaches that respect is owed to every human being regardless of religion. Dignity and freedom are guaranteed to each person regardless of origin or whether they are a part of a majority or a minority.

So, Imams delivering the Friday sermons need to spread the love and respect of others rather than hatred. This culture of “we are better because we’re Muslims” is counterproductive. Let’s teach Muslims the best of manners as we learned them from our beloved Prophet and leave the judgment to Allah.

Muslims did not learn this arrogance from the Prophet, for he was humble and respectful of all others. We learned to be arrogant when we had an empire, for power corrupts and with power comes arrogance.

Instead of the dominant blind, unquestioning obedience to religious dogma, we should teach critical thinking to our children in schools. Indeed, the Quran urges people to use their mind: Will they not reflect? Will they not ponder? Will they not understand? The Quran encourages thinking and contemplation rather than blind obedience to so-called religious scholars, who are resisting any change.

But, how can we change a religious culture based on decrees from scholars and instead empower people? Simply, through education. Our education systems in various Muslim countries are based on memorization of an antiquated religious curriculum based on dogma. The education systems that produced brilliant thinkers throughout history were based on comprehension, experimentation and applicable science that lead to inventions.

Indeed, we need much more focus on science. Research, creativity and critical thinking should become the new culture.

Yet, you can’t encourage critical thinking in an oppressive environment that does not permit the freedom of expression. Real change requires innovative ideas. We need the freedom to have even wrong ideas and the freedom to discuss those wrong ideas without pressure. The freedom I’m talking about actually extends itself way beyond personal freedom. It also deals with being free from myth about what Islam is, about the purpose of our existence on earth and the role of others. It is indeed a responsible freedom.

You can’t buy or import modernity; it comes as a result of a cultural change. Muslims need a new culture based on a contemporary understanding of the Quran where one’s religious practice is personal while the social values are communal and the state is civil, just like the society of Madinah under the leadership of our beloved Prophet.

Pluralism, education and open markets: These were once Muslim values, and they could be so again.

[1] To the Wahhabis, for example, performance of prayer that is punctual, ritually correct, and communally performed not only is urged but publicly required of men. Consumption of wine is forbidden to the believer because wine is literally forbidden in the Quran. Under the Wahhabis, however, the ban extended to all intoxicating drinks and other stimulants, including tobacco. Modest dress is prescribed for both men and women in accordance with the Quran, but the Wahhabis specify the type of clothing that should be worn, especially by women, and forbid the wearing of silk and gold, although the latter ban has been enforced only sporadically. Music and dancing have also been forbidden by the Wahhabis at times, as have loud laughter and demonstrative weeping, particularly at funerals. http://countrystudies.us/saudi-arabia/27.htm 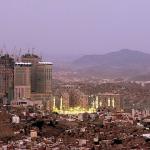 October 15, 2018
It's Time to Boycott Saudi Arabia
Next Post 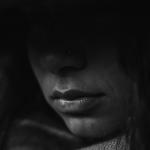 October 24, 2018 On Rape/Sexual Assault Tropes in Muslim Communities - An Islamic Response (Part II)
Recent Comments
0 | Leave a Comment
"FsyYOU are hate. Period."
Soren A Ramadan Testimonial of Repentance and ..."
"Thank you for sharing this article along with detail information, and you have mention the ..."
wazeer shaik The Path Through Hajj – One ..."
"Tamerlane is considered an oppressor amongst Islamic scholars and an anti-hero in Islamic culture. It's ..."
Ali Inspiration: Star Wars: An Islamic perspective
"did you head to syria? did you take ilisha?"
mike malzahn Quran, Hadiths or Both? Where Quranists ..."
Browse Our Archives
Related posts from altmuslim