Donald J. Trump has made several statements during his campaign that have given rise to concerns about civil rights in America, particularly for minority groups such as Muslim Americans.

This essays serves as  a starting point to address the constitutionality of Mr. Trump’s proposed policies regarding Muslims.

Much of this discussion is theoretical.  The policies espoused by Mr. Trump have no precedent in the past sixty to seventy years, if not longer.  In law school, we never discussed or debated these types of policies, because no one believed that such laws would be passed in our modern era.

Can President Trump ban Muslims from entering the United States? Does it matter if they are citizens, permanent residents, green card holders, immigrants, or visitors?

Mr. Trump has made a number of conflicting statements about barring Muslims from the United States.  Initially, Mr. Trump appeared to propose a complete (but temporary) ban of all Muslims from entering the United States.  This ban was never clearly described, but could have been interpreted as including Muslim citizens, lawful permanent residents, immigrants and visitors alike.  (Incidentally, Mr. Trump’s own running mate, Governor Mike Pence, decried the ban, calling it “offensive and unconstitutional.”)

Mr. Trump’s controversial statement advocating such a ban was removed from his campaign website on November 9, 2016.  Currently, Mr. Trump’s website states that he will temporarily suspend immigration from regions that “have a history of exporting terrorism.”  This is a much narrower ban, and appears to apply only to new immigrants.

A Muslim ban that included U.S. citizens would likely be found unconstitutional under the First and Fourteenth Amendments, which protect free exercise of religion and require that all citizens are entitled to equal protection of the laws, respectively.

For Muslims non-citizens, the law is less clear because they do not have all of the same constitutional rights as citizens.  Furthermore, the U.S. Government has what is known as “plenary power,” or complete and total authority, to make decisions regarding immigration and entry into the United States.

The U.S. did ban all Chinese people from immigrating to the U.S. from 1882-1943, despite the fact that racial minorities, like religious groups, are entitled to “equal protection of the law” under the Fourteenth Amendment.  These “Chinese Exclusion Laws” are often viewed as a dark time in American history, and were condemned by Congress in 2011-2012.  Unfortunately, these laws were ruled to be constitutional in 1889 by the United States Supreme Court, and were not repealed until 1943.  I believe these laws would be rejected today, but there is no legal precedent declaring such laws unconstitutional.

In summary, Muslims who are U.S. citizens would likely be exempt from any Muslim ban, temporary or otherwise.  Non-citizens could be banned based on Congress’s “plenary authority” to regulate immigration, but if such a ban were explicitly based on religion, it might give rise to a constitutional challenge that could deal the Trump administration a resounding defeat.

An excellent argument that a Muslim ban would not be legal, written for lawyers, can be found here.

Can Muslims be forced to register with the government?

Mr. Trump and his surrogates have made several inconsistent statements about whether they would implement a “database” to register Muslims.  Initially, Mr. Trump seemed to support a registry of all Muslims, and this week, a surrogate named Carl Higbie argued that such a registry was Constitutional under the cases that legalized Japanese internment during World War II.

Sadly, Mr. Higbie is not entirely wrong.  Korematsu has never been overruled, although even conservative Supreme Court Justices, such as the late Antonin Scalia, considered the decision a disgrace on par with the ruling that slavery was legal.

Following September 11, many Muslim immigrants were forced to register due to immigrating from, or traveling to, 25 specific countries, 24 of which were Muslim-majority.  This program was ended in 2011, but could probably be lawfully reinstated.  However, the program was deeply unpopular, and if reinstated, could give rise to civil rights lawsuits or affect the 2018 mid-term elections, which the Trump Administration may wish to avoid.

Can the places of religious worship, such as mosques, be shut down by the government?

Can attire favored by certain Muslims, such as modest dress, the hijab, the niqab, or other religious attire be banned?

Unfortunately, the answer to this question is, it’s complicated.  The law is still evolving on this issue.  The United States Supreme Court interpreted Title VII of the Civil Rights Act of 1964 to require employers to accommodate Muslim employees’ religion and permit them to wear a headscarf, even if it violates a neutral dress code.

However, Muslim women have been required to remove headscarves and other religious garb for a variety of reasons, including in driver’s license photos, in court, or when visiting incarcerated relatives.

Recently, Georgia State Representative Jason Spencer proposed a bill to ban veiling for women drivers and in drivers’ license photographs. Under public pressure, Rep. Spencer withdrew the bill, stating that he believed it would withstand legal, but not political, scrutiny. This is heartening, because it shows that even in the current political climate, elected officials will change course based on public outcry.

Could the United States government place Muslims in internment camps?

As discussed briefly above, the Supreme Court has never overturned the court cases which held that it was legal to intern Japanese-Americans, including citizens, during World War II.  However, Korematsu is deeply disfavored, so much so that President Ronald Reagan passed a bill through Congress that paid reparations to Japanese-Americans who were interned, and included a formal apology.

In 2012, a lawsuit was filed that could have led to Korematsu being overruled.  The lawsuit, Hedges v. Obama, sought to overturn a provision in the National Defense Authorization Act that permitted the U.S. Government to indefinitely detain people associated with Al Qaeda, the Taliban, or associated forces.  Unfortunately, the Supreme Court declined to hear the case, and so Korematsu, and the NDAA remain in place.

Interning citizens (and even non-citizens) based on religion is so inimical to the values of this country that it is hard to imagine that a modern court would approve such an internment, or that a modern polity would tolerate it.

Maureen Pettibone Ryan practices general civil litigation in San Jose, California.  She focuses on business litigation, employment and civil rights, representing sexual abuse victims, and education law.  She attended the United States Air Force Academy and Santa Clara University for undergrad, and obtained her law degree from the University of Michigan Law School. This article originally appeared in Altmuslimah, which is not affiliated with Altmuslim.

November 25, 2016
What Routes will Muslim Communities be Charting in a Trump Administration?
Next Post 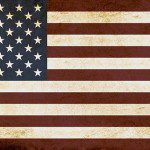 December 6, 2016 Open Letter from 300+ American Muslims to President-Elect Trump
Recent Comments
0 | Leave a Comment
Browse Our Archives
get the latest from
Muslim
Sign up for our newsletter
POPULAR AT PATHEOS Muslim
1