What is CVE (Countering Violent Extremism)?

By Alejandro J. Beutel with Mimi Yu and Asma Shah

The Institute for Social Policy and Understanding (ISPU) hosted a debate at the Islamic Society of North America (ISNA) conference over Labor Day weekend in September regarding the concept and practice of Countering Violent Extremism (CVE) inside the United States, but one very basic question went unanswered: What is CVE, and how does it work?

(Full disclosure: I am a researcher affiliated with ISPU and was initially invited to participate in the CVE debate as a panelist, but declined the offer.)

CVE remains controversial and misunderstood, particularly to many American Muslims. In order for there to be a constructive discussion and debate about CVE, we must first unpack its meanings. Unfortunately, in this regard the conversation at the ISPU debate fell short. Asked in the last ten minutes of the event, none of the panelists — both for and against CVE — responded to a question from the audience, “Please explain the general framework of how CVE works … What is it? How does it actually work?” (To be fair, the panelists were asked to answer the question in two sentences or less.)

Regardless of how one feels about CVE, it’s clearly a timely topic (and one still often misunderstood). In mid-August, a few days before the ISPU debate, there was a pair of under-reported domestic violent extremism-related arrests in Indianapolis and Las Vegas. Last month there were two ISIS-related violent extremism incidents, in New York and New Jersey and in Minneapolis.

During all three presidential debates Hillary Clinton and Donald Trump proposed ways, perhaps unartfully at times, of preventing violent extremism in the United States. And, last week the White House released its latest Strategic Implementation Plan to combat violent extremism in the United States. In other words, current events are making CVE a topic of interest and concern to our nation.

As a researcher who focuses on CVE and who happens to be an American Muslim active in his local communities, here’s one answer as to what CVE is that I hope will thoughtfully contribute to the conversation on this issue. (I hope in a follow-up article to tackle some of the hard questions and criticisms directed at CVE.)

CVE as a Concept

So, what exactly is CVE? The words “Countering Violent Extremism” have been used to describe everything from federal government policies and programs to civil society-led violence prevention practices. However first and foremost, CVE is a concept and approach to mitigating and preventing acts of ideologically-motivated violence by non-government actors.

To be clear, there’s no single definition, academic or otherwise, of CVE. However there’s also no single definition of “security,” and that has not deterred academics from researching it and practitioners from pursuing it despite its multiple meanings.

What the multiple definitions of CVE have in common is that they define it is as a framework to guide an evolving set of policies and practices seeking to prevent ideologically motivated violence by non-government actors (“violent extremism”) using a wide range of measures outside of law enforcement actions like arrests and surveillance.* Government agencies are not the only ones engaged in violence prevention and mitigation; civil society/community actors or government agencies can be involved in efforts. CVE can be government-led and sourced, it can civil society-led and sourced or it can some mix of the two. (In fact in response to unpopular and counter-productive government-led efforts in the UK, local communities are now planning to launch their own “grassroots” alternative.)

In other words, CVE is an approach to prevent ideologically-motivated violence utilizing policies and practices that go beyond surveilling, arresting and prosecuting potential suspects of violent extremism. In fact, this is what makes CVE as a concept and set of practices distinct from counter-terrorism, which limits itself to surveillance, arrest and prosecution by law enforcement agencies.

In practical terms, CVE as a concept involves five lines of effort:

Disagreement and open discussion are healthy for any community. However, if we are going have deeper conversations about topics that the potential to impact our communities and our nation, such as CVE, we must make the most informed decisions we can. Our communities deserve to have as much relevant information as possible before coming to any consensus — if one is even possible. May the conversations on this topic, and others, continue civilly and substantively.

Alejandro J. Beutel is a researcher for Countering Violent Extremism at the University of Maryland’s National Consortium for the Study of Terrorism and Responses to Terrorism (START). He is also a fellow at the Institute for Social Policy and Understanding. Views expressed here are solely those of the author and not necessarily the views of START and ISPU.

Mimi Yu and Asma Shah are research interns at START.

*The author of the piece sent over a note on 11/7/16 to clarify some unclear language when the article was first published. It has since been updated with his clarification. The original language stated “…using a wide range of non-law enforcement arrest and surveillance measures.” The author regrets any confusion. 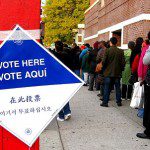 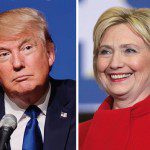 November 2, 2016 Election 2016: Muslim Americans Stand On a Precipice
Recent Comments
0 | Leave a Comment
Browse Our Archives
get the latest from
Muslim
Sign up for our newsletter
POPULAR AT PATHEOS Muslim
1