Imagine soft harmonious music playing right now. We’ve been doing interfaith work for a long time now especially in the past several years since 9/11. And, it’s been great. It has created a great connection with people of other faiths, and it’s been a fantastic way to get to know each other and each other’s religions and talk about all the things we have in common.

It’s been fun to share food, and see how some Americans can’t handle spicy food, and how everyone loves hummus. It’s been … *cue record scratch*

Shit has hit the fan folks. We are in a crisis with the Trump presidency, its administration and the #MuslimBan and other executive orders. And, if we don’t do something now, it’s not going to be okay. People are already doing a lot: Women’s March, fighting the #MuslimBan, SwingLeft and so much more. This is the time for us to work together with other communities and stand up for each other.

This isn’t the time to wonder who or what groups we should be working with and which ones jive with our faith teachings. This is not the time when we should be arguing about what’s more important or who are our enemies. And, it’s definitely not a time that we should be sitting on our behinds and doing nothing in our interfaith work and dialoguing.

It’s time to get things done. Sometimes we have the luxury to think about and prioritize what needs to be done, but other times the situation is so dire that we just have to act. We are unfortunately in the latter situation. No doubt, we will make mistakes and take missteps, but the urgency of the matter pushes us to bring our best selves forward.

So what am I trying to say here is …

It’s time to move beyond the holding hands and singing kumbaya. It’s time to make alliances with folks we don’t typically ally with. It’s time to have difficult conversations about difficult subjects. It’s time to recognize who has stood up for us and stand up for them as well, even if we don’t align theologically — we align as humans. It’s time to really be honest about how we can improve and where we failed. It’s time to say sorry for being not so nice to one another. It’s also time to stop criticizing people openly and so frequently.

This means working with LGBTQ groups and Jews. We’re not going to solve the Israeli-Palestinian conflict, but there is plenty that we can work on here in the States. The ISNA and AJC partnership called Muslim-Jewish American Council is a good start.

In Chicago, I proudly sit with a group called the Trust Collective. They’re LGBTQ, Latinx and Muslims who came together after the Orlando Pulse Nightclub shooting to support one another. They’ve issued statements and shown support to American Muslims since then, and I really think we’re going to do some amazing work together, God willing.

There is no compulsion in religion. God clearly states that in the Quran. Especially if the people that we are working with aren’t even Muslim. I get it — sodomy is prohibited in Islam. But, that doesn’t mean that we can’t or shouldn’t work with groups who may engage in activities that are strictly prohibited.

Many of our Christian and Jewish colleagues drink alcohol!! Where’s the outrage? Where are the open letters with the subtle outcries against these things that don’t allow us to remain committed to “non-negotiable teachings of Islam.” Seriously? The only sin in Islam that is “non-negotiable” and God will never forgive is associating partners with God (aka shirk). Everything else is negotiable (aka forgivable).

It’s time to understand there are many paths that lead to God, and they all can be right, even if it’s not right for you. And, it’s not time for all of us to try to shut down all other paths to God but our own. This isn’t the time for that, nor was it ever. But now more than ever, we must stop doing that.

Who knows what the next four, eight or 100 years will present to us. This is the time for our himma (resolve) to remain high, honest and sincere. What counts in the end if the effort that we will make, that is ultimately what God is going to judge us on. We may not see the fruit of our labor in our lifetimes, but that’s not even the point. Personally, I’d like to see all my fruit in the hereafter.

Eman Hassaballa Aly is a digital communications professional and a trained social worker. She works on the national level around crisis planning and communication. Her passions lie in and around digital media. Mangoes and passionfruit are proof to her that God exists. She recently spoke at the Women’s March in Chicago. 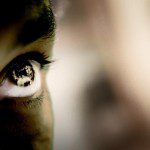 February 10, 2017
On Black Suffering and the Legacy of Liberating Black Spirituality
Next Post 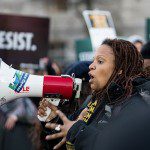 February 20, 2017 On Black American Muslim Contributions to the Fabric of Our Society
Recent Comments
0 | Leave a Comment
"Thanks for sharing informative blog with us regarding the halal meat revolution."
Boxed Halal Sustainability: The eco-halal revolution
"Salam. I am going to be blunt and honest with you. Girls who are doctors, ..."
Rubina Ahmed Looking for Love and Finding Awkwardness ..."
"FsyYOU are hate. Period."
Soren A Ramadan Testimonial of Repentance and ..."
"Thank you for sharing this article along with detail information, and you have mention the ..."
wazeer shaik The Path Through Hajj – One ..."
Browse Our Archives
Related posts from altmuslim