If You Have Your Health, You Have the World

If You Have Your Health, You Have the World June 14, 2017 Guest Contributor

My recent Ramadans have largely been spent in hospitals. The toil and interminable hours of residency and fellowship training precluded little else. And so, the timings for sunrise and sunset were lost in the blur of my daily routine: Appeasing angry nurses, suppressing temptations to cast stones at my pager (whose constant ringing appeared to be a sign of possession by Shaytan (Satan) and perfecting patients’ constipation regimens.

But reminders of Ramadan and my starvation always remained. This happened any time I would open my mouth to release a noxious “fasting breath” and then would frantically improvise ways to lessen its pungency. The refried and excessively salted swill being served in the hospital cafeteria only increased my longing for the samosas, fruit chaats (sweet and spicy fruit salad) and other South Asian gluttony that I had forgone.

While the struggles above were real, they were subsidiary to everything else I was experiencing at the time. For it was in these Ramadan days that I found myself witnessing unabated human suffering in the intensive care unit (ICU) and in the cancer wards. Though I had worked in these parts of the hospital before, Ramadan had encouraged a greater curiosity and sensitivity within me about the onslaught of death on life occurring daily in the rooms of my patients. It all became my intimate education on why good health is the marrow of life.

I still remember the page that summoned me down to the emergency room to see Karen. As with most patients requiring admission to the ICU, I expected to find an elderly individual whose fragile, tenuous health had taken a steep descent. Yet who I found was an unconscious 22-year-old woman with a breathing tube in her mouth and multiple IVs piercing her arms to pump in fluids and medications for blood pressure support. Karen’s life was being artificially sustained.

Her friends stood hysterically outside the room as I tried to piece Karen’s history together through their words. Previously healthy, she had collapsed suddenly while attending a party with friends. CPR had been initiated immediately after her friend couldn’t feel a pulse, and 911 was called. Though a pulse inevitably returned after protracted resuscitation efforts, Karen remained unresponsive with unstable vital signs.

No explanation for her condition readily revealed itself despite exhaustive testing with modern medicine’s best tools. Nor was it possible to quantify then how much brain damage Karen had endured in the time she was pulseless. She was the archetype of the human body’s fallibility and how quickly it could go irrevocably awry.

Not much would change in the coming days. Karen’s residual brain function increasingly seemed incapable of supporting her breathing let alone a meaningful life. The tenor of the conversation surrounding her care thus changed from one of optimism to resignation and despair.

On the day her family decided to withdraw all life support, Karen’s room teemed with friends who shed tears not only for the loss of a young, unfulfilled life but also the loss of all hopes they had harbored for her. The sudden loss of good health had toppled all the plans.

Though there is temptation to ascribe Karen’s story as extreme and improbable, other examples of her fate were routinely found around the hospital. The only thing that differed from patient to patient was the disease responsible. Sometimes it was a crippling cancer that had furtively spread diffusely, a nondescript headache from an aneurysm that had ruptured or an autoimmune condition that had stirred chaos throughout the body.

Illness can unexpectedly enter the stage while many are still scripting or pursuing their grand plans for life.

It is reported that Prophet Muhammad (PBUH) said, “Whoever among you wakes up … healthy in his body … it is as if he were given the entire world.”

These words are a reminder of why good health enables and permits all else. Without it, our aspirations, both lofty and mundane, unravel. In these dwindling days of Ramadan, let’s appreciate our good health for the blessing it is instead of an assumption we sometimes wrongfully make.

It’s something I never appreciated in the past despite a medical school education and my daily interaction with the fragility of human life in the hospital. I only wish that this valuable lesson about life wasn’t learnt from the patients who had very little of it left.

Jalal Baig is a physician and writer. He is currently a hematology/oncology fellow at University of Illinois Hospital–Chicago. His writing has appeared in The Washington Post, the Guardian, Slate, Salon, Public Radio International and elsewhere. Follow him on Twitter @jalalbaig. 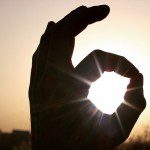 June 13, 2017
Not the Perfect Life, but a Reflection of Allah's Perfect Plan
Next Post 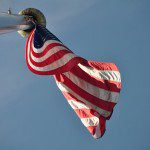 June 15, 2017 How American Sunni/Shi'a Muslims Can Help Combat Political 'Sectarianism'
Recent Comments
0 | Leave a Comment
Browse Our Archives
get the latest from
Muslim
Sign up for our newsletter
POPULAR AT PATHEOS Muslim
1